Home / Health, Honoring Vets / Forced out of the military for being gay, former Airman now serves his fellow veterans as a VA nurse

Forced out of the military for being gay, former Airman now serves his fellow veterans as a VA nurse 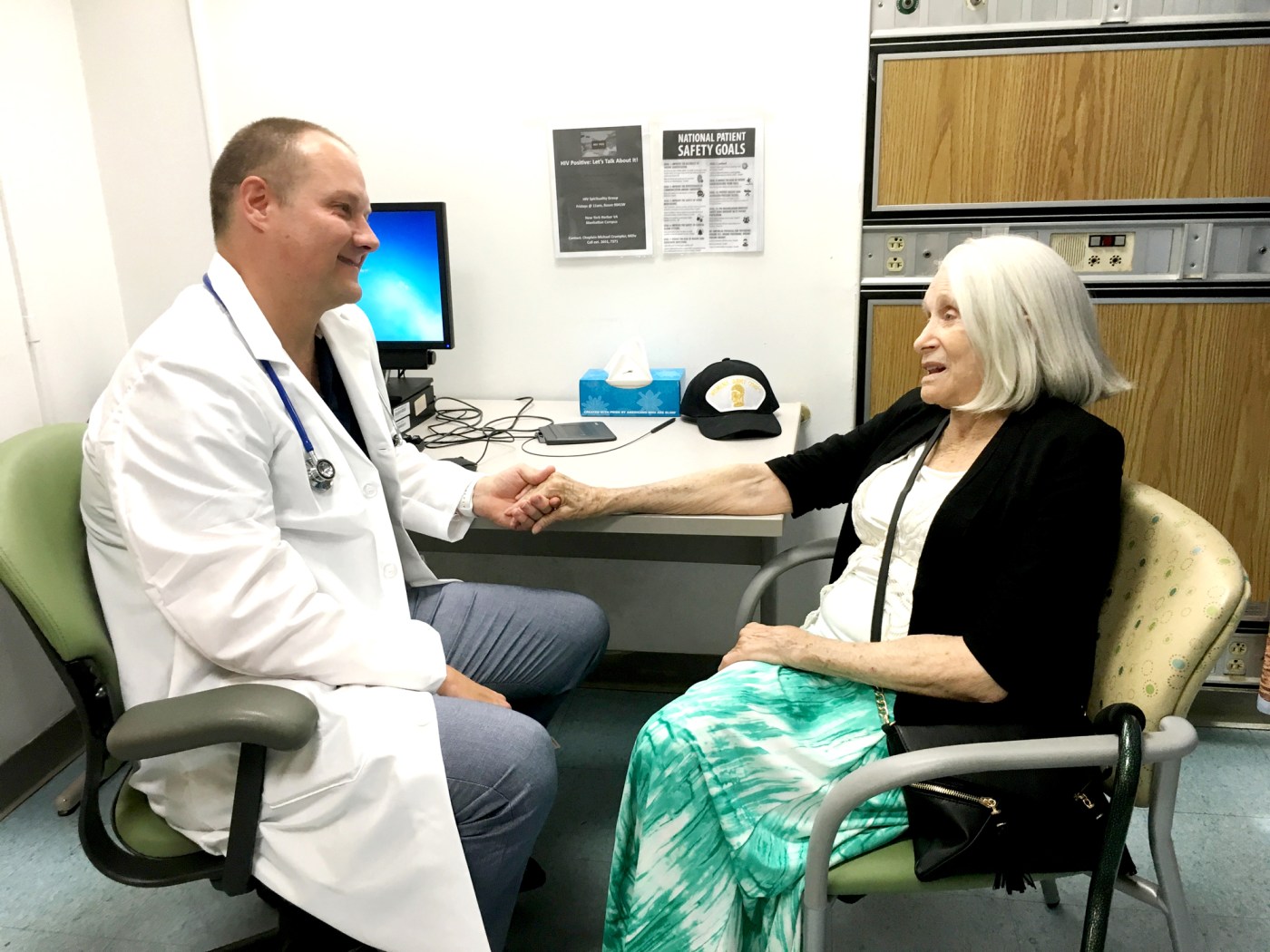 His caring, kindness and compassion are clear as Richard Stiles, nurse practitioner working in palliative care, extends strong arms to support an elderly HIV patient, frail with the ravages of illness. “Don’t worry, I’m not going to let you fall,” he says as he helps the Veteran onto a stretcher.

Stiles may be naturally caring, but to an observer his presence helping other Veterans at the New York City VA Medical Center is also an enormous testament to his perseverance, courage, honor and pride.

“Thank you again for your kind demeanor, your compassion, your intelligence and warm bedside manner. The VA is lucky to have you,” the friend of a patient who recently passed wrote to Stiles.

In 1985, between 11th and 12th grades, Stiles joined the U.S. Army Reserve in Malvern, a small town in Arkansas, and then after high school graduation joined the U.S. Air Force. Soon after, he was deployed to Ramstein Air Force Base, Germany, where he served about two years working in computer programming.

“I loved the military,” he says.

His awards included the Air Force Achievement Medal and Air Force Organizational Excellence Award and are noted on his DD-214.

Forced out of service

On return stateside, based in Sacramento, Calif., at McClellan AFB, Stiles was outed as gay by a civilian. The military’s response was to have him jailed and forced out of the service.

“It was 1988,” Stiles offers. “It was wonderful in Germany. I had friends. In Sacramento, I had no support.”

Stiles did not tell his parents about leaving the military until many years later. And, in fact never told his father he was gay.

“Fortunately, at the time this happened, even though I was young, I thought of getting a good attorney,” says Stiles. “I was honorably discharged.”

Moving to Los Angeles, Stiles worked in computer technology jobs of increasing skill and responsibility. Then, his father became very ill with lung cancer. Stiles was very moved about the way his mother, who was a nurse, cared for his father until he died, although the two had long been divorced and she was remarried. “The comfort, strength, courage and support my mother offered was extraordinary,” he says. A few years after his father’s death, Stiles decided to become a nurse.

Changing careers and pursuing a nursing degree was extremely challenging. Stiles had only sporadically taken college courses through the years. He down scaled his living expenses and focused on staying on track with his educational ambition. He was accepted by the Hunter School of Nursing’s highly competitive program in New York, took all the prerequisites for nursing school and earned a bachelor’s degree in nursing while still working part-time as a market-corporate investigator for a legal firm.

With his nursing degree in hand he came to work at VA in the medical surgical unit. Two years after graduating, Stiles returned to Hunter and completed a Master’s as an Adult Gerontological Nurse Practitioner in 2012. With this expertise, Stiles feels very fortunate to have his present position in palliative care at VA’s Manhattan Campus. Additionally, he is also an adjunct professor of nursing at Hunter.

“I only wanted to work at VA,” he says. “I never applied for a job anywhere else. I love my job. It’s such a blessing to help people and be there when they are most vulnerable.”

Working with other Veterans here at the VA gives me the opportunity to complete my service, he says.