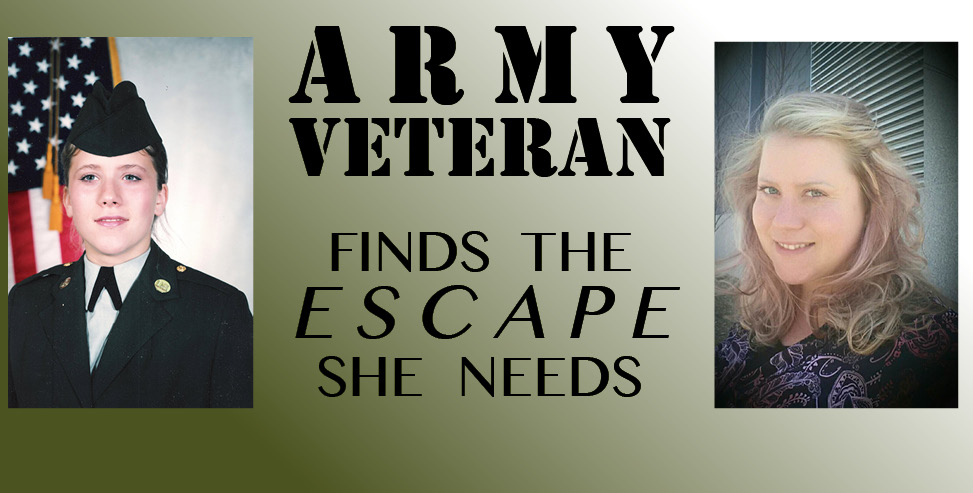 There was banging at her barracks door in Korea. Angie Batica had just recently returned from “The E-Club” and she was not expecting any visitors. An Army sergeant busted through the door. She fought with him. He ripped her clothes off, hit her, and made his way on top of her.

“The next thing I knew he was on top of me raping me really hard,” Batica said.

When Batica followed her friend to the Army to escape from her childhood, she did not expect to be mistreated by fellow soldiers, let alone assaulted by a superior.

At her first duty station, Fort Bragg, she recalls that male counterparts would tell her that they’d shoot her if they ever went to war with her. She said her platoon sergeant threatened to throw her on the ground and force sex onto her. Some of her fellow Servicemembers were even caught stalking her. When one soldier was found near her residence, drunk and with a firearm, she was offered an opportunity to leave that duty station.

She asked to be sent to Korea and soon found herself on a base there that saw very few women.

“There were a lot of men that had never worked with women before,” Batica said. “Either they completely ignored us or all they wanted was to have sex with us.” That environment made it impossible for Batica to have close friends. Platonic relationships were difficult to manage. “I felt isolated.”

The morning following the incident, Batica reported the rape. She saw a counselor that attempted to get her removed from the post. Unit leadership dismissed the allegations, kept Batica on post and did not pursue an investigation. Her trauma was recognized and treated, but the crime was ultimately disregarded.

Everything and everyone she believed in let her down. The pride and respect she originally had for the military had been crushed. She separated from the Army in 1998 with an honorable discharge, but felt less than honorable about how the Army had treated her.

Her transition to civilian life was hard. She abandoned her dreams of becoming an actress. Instead she began working at a liquor store, enrolled at a community college, and moved in with her cousin. Despite forfeiting her dreams, she enjoyed life back home with old friends. She partied often and met new people. It didn’t take long before the highs of partying left her lost and confused about who she was.

She told her family and friends about the horrible experience she had in the Army. No one seemed to understand. They didn’t want to hear about her traumatic experience, so she stuffed it inside and buried it into her subconscious.

Batica began a mission of self-destruction. She despised men and ventured into having sex with women. She would purposefully turn men on, lure them in, and then hurt them. The desire to hurt others fueled her undertaking. Her motivation came from her animosity for men.

In 2009, more than 10 years after her service, she had an extensive list of legal charges: driving while intoxicated, assault, and property damage just to name a few. She was a daily drunk and a crack user. She struggled to maintain employment or even a place to live. She got into a vicious fight with a drug dealer who attacked her and raped her.

After the incident with her dealer, she heard an internal voice tell her “you better get sober or you are going to die.” That prompted her to join the in-patient treatment at St. Cloud VA Health Care System on July 25, 2009. She has been sober ever since.

Since getting sober and being connected to VA’s resources, Batica has sought out every treatment she can get for post traumatic stress disorder, military sexual trauma, depression, addiction, anxiety, anger, and anything else she finds available at her VA medical center. Batica claims VA and Alcoholics Anonymous have been her savior for years as she works through her challenges.

“Dealing with my issues was extremely hard. It took a lot of years and lot of pain,” Batica said. “I want to be sober and have a good life so badly that that’s all I cared about. Life’s worth living again.”

She volunteers with the Women’s Veteran Initiative and has found other women to empathize with so she can connect them with resources and help them navigate VA. She has also volunteered with Minnesota VFW, Lean In Women Veterans, ARS Bellum Foundation, Veterans in the Arts, and much more. All of her volunteering initiatives earned her the 2013 Veteran Voices Award through the Minnesota Humanities Center.

She recently performed in a play called Telling: Minnesota, which was her first public reveal of her trauma. She talked about her rape and other issues on stage. “You find that other people have experienced it too. They come up to you and talk to you,” she said.

Batica wants to use opportunities like Telling: Minnesota and engagement through volunteering to assist people. No one was there for her in her darkest days. She couldn’t find the resources she needed. MST and PTSD had her in pain for years. With no one to talk to and nowhere to go, she just held it all in. It didn’t work.

Batica now lives in Minnesota with her husband and two children. She’s an entrepreneur, actor, writer, artist, and instructor. Most of all, she’s a representation of recovery and an inspiration to those around her.

All photos made available by Angie Batica.