Here to Serve All Veterans 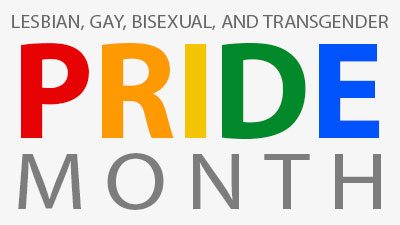 To celebrate Lesbian, Gay, Bisexual, Transgender (LGBT) Pride this month, I thought it would be good to share my Veteran experience. There are over 1 million LGBT Veterans and approximately 68,000 LGBT service members that are currently serving our nation. Many have made significant sacrifices for my freedom. I would like to thank them and let them know we are here to serve all Veterans.

My road to military service and serving Veterans began very early in my life and I am a product of military service. My mother was adopted in Germany by an American soldier after my birth grandmother was placed in a concentration camp where several of my family members were killed. My earliest memories as a child include holding my grandfather’s hand and hearing about his 30 years of Army Air Corps service and leaving my grandmother to go to war. I remember my father leaving on his ship from Pearl Harbor. And I remember my uncle often talking about storming the beaches of Normandy, but with little detail. My father’s PTSD from service in Vietnam plagued my family, causing my mother, brother, and I to have to seek a home in battered women’s shelters as I grew up. Their proud service led me to joining the Army when I was 17 years old, seeking a future bright with education, adventure, and international travel.

After 12 years of Army service, and attaining the rank of Sergeant First Class, I was honorably discharged after a colleague’s wife disclosed my sexual orientation. I felt as if I had tarnished my family’s military service legacy. Losing my retirement and career had a significant effect on me emotionally. Truthfully, I did not have, nor had I prepared for, life outside of the Army, but I was determined to turn the circumstance into an opportunity. I returned to college on the GI Bill to complete my undergraduate and graduate degrees and became a Presidential Management Fellow. I am very proud to now help eliminate Veteran homelessness with the Department of Veterans Affairs.

I wish I could have met Dr. Martin Luther King, Jr. I think he and I have the same dream–equality and to be judged on the content of character versus a single inherent characteristic. My continued hope is to simply serve my country and Veterans with equality.

Stacy Vasquez is a U.S. Army Veteran (1991 – 2003) who was discharged honorably under the “Don’t Ask, Don’t Tell” law. She currently serves as the Deputy Director for Homeless Veteran Initiatives at the U.S. Department of Veterans Affairs.