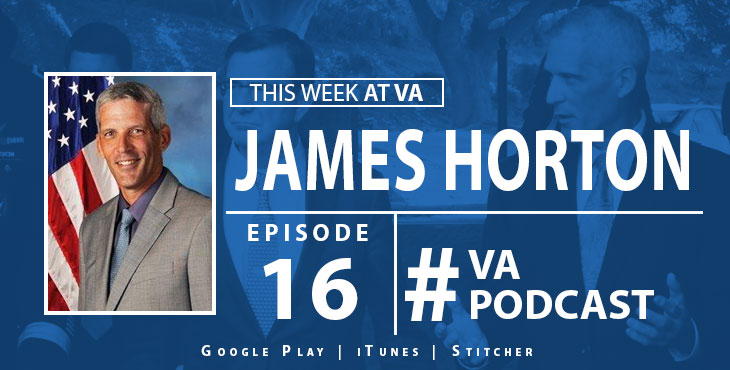 This Week at VA episode 16 features Air Force Veteran James Horton. Jim currently serves as the Director for the National Memorial Cemetery of the Pacific in Honolulu.

Jim served in the Air Force as a pilot. He never planned to give the military nearly three decades of his life, but new opportunities presented themselves and he kept adding on the years. I met with Jim in his office at the national cemetery in Honolulu, which is affectionately called “The Punchbowl” as it sits in a crater on the island of Oahu. Jim has hosted many dignitaries at the cemetery, including former a former Secretary of Defense and Japan’s Prime Minister Shinzo Abe. As Jim mentions in his interview, the honor in working at the cemetery is serving the veterans that lay to rest there and the loved ones that come to visit them.