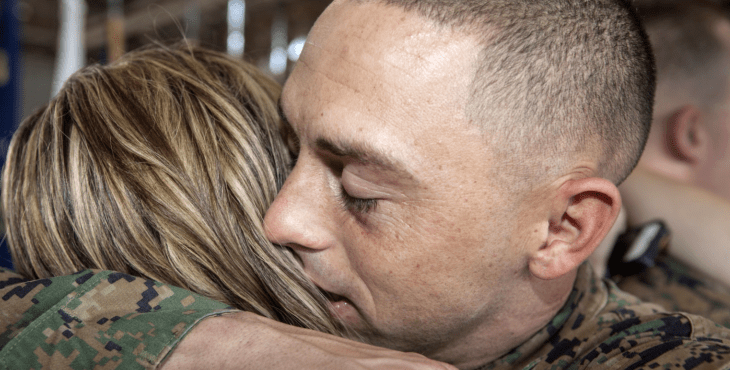 VA, in partnership with Johnson & Johnson, released a new public service announcement, “No Veteran Left Behind,” to address the tragic rate of Veteran suicides.

Narrated by actor and filmmaker Tom Hanks, the announcement calls on the public to take notice and action by reaching out to a Veteran who may be in crisis.

According to the Centers for Disease Control and Prevention, suicide has become one of the leading causes of death in America. Suicide is also a major concern among Veterans and service members and is VA’s top clinical priority.  In the U.S., an average of 20 Veterans a day die from suicide.  Suicide is preventable through connectivity and community support, so generating awareness of the health issues that disproportionately affect Veterans and service members is a critical first step and requires a comprehensive approach.

The #BeThere campaign “highlights the importance of engaging our communities to help support Veterans and returning service members who may be struggling with the transition back home,” said Alex Gorsky,Chairman and CEO, Johnson & Johnson.  “I’m confident that, together, we can give back to the brave men and women who have given so much to our country.”

The public service announcement will be broadcast nationally. VA and its partners encourage the public to join the conversation by using #BeThere on social media, and by visiting www.BeThereforVeterans.com for more information on how to reach out and be there for the Veterans and service members in their communities.  VA will continue to work with its partners through the end of the year and into 2018 to raise awareness and empower the community to support Veterans and service members.

For more information on supporting Veterans and service members, visit:

Veterans and service members in crisis or concerned family or friends can call the Veterans Crisis Line for confidential support 24 hours a day, seven days a week, 365 days a year at 800-273-8255 and press 1, chat online at VeteransCrisisLine.net/Chat, or text to 838255.