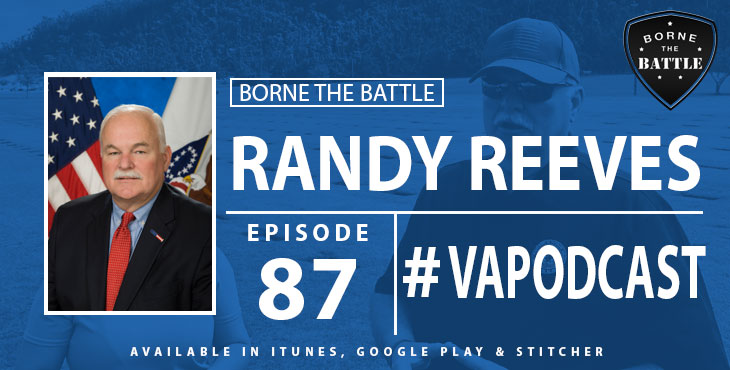 Many of us have a passion for serving Veterans. For some, it’s a true calling. That’s what I saw in this week’s guest, Randy Reeves, when we were conducting our interview.

Randy C. Reeves was nominated by President Donald J. Trump to serve as the 6th Under Secretary for Memorial Affairs and was confirmed by the United States Senate on November 8, 2017. National Cemetery Administration has received exceptional marks in the past, and Under Secretary Reeves is committed to building on that.

About Under Secretary Reeves:

As Under Secretary, he leads 135 national cemeteries in providing dignified burial services for Veterans and eligible family members. His responsibilities include maintaining the cemeteries as national shrines; design and construction activities related to the establishment of new national cemeteries; overseeing memorial programs to honor the service of Veterans, including the provision of headstones, markers, medallions and Presidential Memorial Certificates; and administering federal grants to help states, territories and tribal governments establish Veterans cemeteries.

He shares stories from his time in the service, his transition out of the military, losing a close friend and how that keeps him inspired to serve Veterans.