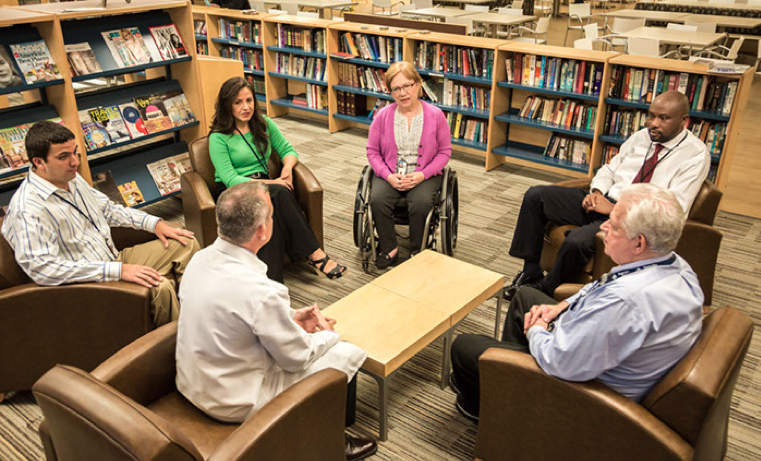 Alcohol and substance abuse affects Veterans more than average Americans, and the numbers are growing. For Veterans who served in Iraq and Afghanistan and are receiving care at VA, about one in 10 has been treated for some form of substance abuse, with more than half the cases being alcohol-related.

While alcohol abuse and addiction can plague Veterans anywhere in America, Las Vegas can present a greater challenge, according to Michael Campana, clinical social worker at the VA Southern Nevada Healthcare System (VASNHS).

“I don’t think alcoholism is more prevalent than in any other place, however, because of the 24/7 availability of alcohol, and the partying atmosphere, it’s a greater challenge,” Campana said.

Campana, who has worked within the addictions and disorder treatment program (or ADTP) for over 30 years, said that the hardest part for Veterans is just recognizing that they have issues with alcohol abuse in the first place. “I think that because of the shame or the guilt that comes along with alcohol or other drug problems, most people initially are more hesitant to seek treatment, and a lot of times, they are the last person to realize the existence of a problem.” Campana said. “Their comrades in arms see it, their spouse sees it, their kids see it, maybe their commander sees it, but the denial that’s inherent in this disease makes it very difficult to recognize and accept.”

VASNHS offers several resources for treatment, from intensive inpatient to routine outpatient care to group therapy as pictured above. Treatment options are co-determined by the Veteran and their provider on a case-by-case basis, but Campana said that not every modality works for every patient.

“The first step is a diagnostic assessment. We take a comprehensive look at different areas of their life…not just drinking behavior, but also other areas such as social behavior and medical history,” he said. “From there, we look at whether we have to stage a personal intervention. A lot of times, it’s just trying to get them to look at their consequences of abuse—especially if they’re still in denial.”

Group support reminds Veterans they are not alone

Treatment options vary greatly. The core program, the Outpatient Addictive Disorder Treatment Program, consists of three phases: an introduction phase, education phase, and after-care, or maintenance phase. For Veterans who prefer to meet one-on-one with a counselor, the VA has individual therapy sessions available. However, Campana added that many Veterans like the camaraderie of group therapy.

“Group support works well because it reminds Veterans that they are not alone. There is that ‘band of brothers’ that Veterans have that doesn’t exist in the outside.” Campana said.

Teamwork is an important aspect of treatment, not only for the patient, but for the care team as well. Because alcohol abuse encompasses more than just one section of health, Campana added the VA has a comprehensive approach to treatment.

“It could be physical issues, psychological issues, social issues…with their families, friends, or their job. It could be legal issues.” he said, “We work very closely with other sections of care because alcohol abuse can impact all aspects of a patient’s overall health.”

While it’s always best for a Veteran to seek treatment on their own initiative, Campana said patients sometimes come to the VA out of necessity.

“We get Veterans who are here as part of a court-mandated because of legal issues like DUIs or domestic violence,” Campana said. “Often if they complete a year within our treatment program, their charges are reduced or wiped out.”

Regardless of why the Veteran is seeking treatment or the severity of the abuse, Campana stressed the importance of the maintenance phase, he said.

“With this disease, its ongoing support that’s needed, and I think the important thing is finding a kind of support system that works for you. For a lot of people, it’s our program, for some people, it’s a 12-step program, for others, it’s a combination of the two. Just as long as it’s something that you can commit to.”

About the author: David Martinez is a Public Affairs Officer at the VA Southern Nevada Healthcare System