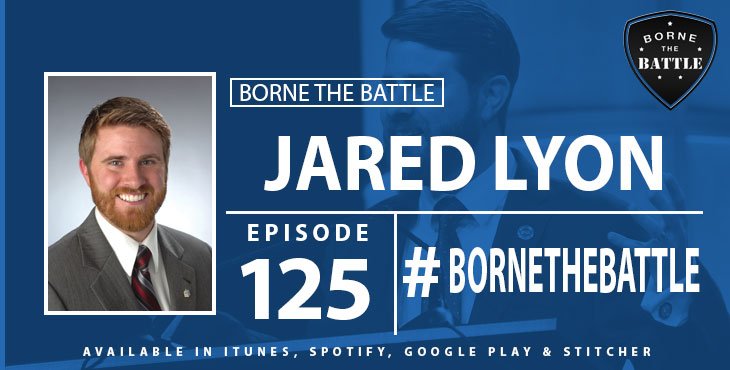 I just returned from the 2019 Student Veterans of America (SVA) National Conference (NatCon). It was my fourth conference in five years. I’ve been to two as a student Veteran, and two on behalf of VA. Each year this gathering proves to be more powerful than the last. SVA saw a 30% attendance boost since last year’s conference, hosting more than 2,300 student Veterans and stakeholders. The three-day event featured keynotes from Secretary Robert Wilkie, Medal of Honor recipient Ryan Pitts, and President of SVA, Jared Lyon.

Jared has been on the podcast a few times in the past, including a sit-down I had with him at last year’s NatCon. Each time he speaks with us, he has the same passion and excitement about the success of student Veterans as he did the time before.

In this year’s interview, that we recorded at NatCon 2019, Jared shares what it means for SVA to be “left of bang,” tells us about the amazing group of Student Veteran of the Year finalists, and what SVA’s priority in 2019.