Home / ChooseVA, VA Careers / Make a difference in Veterans’ mental health while living in one of Reader’s Digest’s nicest places in America: Become a psychiatrist at Battle Creek VA

Make a difference in Veterans’ mental health while living in one of Reader’s Digest’s nicest places in America: Become a psychiatrist at Battle Creek VA 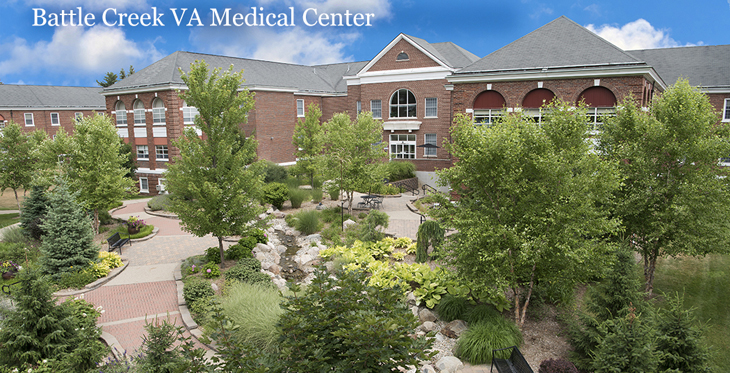 A career as a psychiatrist at the U.S. Department of Veterans Affairs (VA) Battle Creek VA Medical Center is an opportunity to provide compassionate care for the nation’s Veterans while enjoying a high quality of life in an area considered one of the nicest places in America.

“Battle Creek is a smaller facility where everybody knows each other,” said Medical Center Director James Doelling, who relocated to the area from Los Angeles about six months ago. “The staff here is very friendly, and the collaboration is exceptional. I believe the patients feel that as well.”

In these roles, psychiatrists perform mental health evaluations and provide a full range of therapeutic interventions for a diverse Veteran population, including geriatric and post-deployment combat Veterans. Both board-certified seasoned professionals and board-eligible recent graduates may apply.

Located less than 20 minutes from Kalamazoo, Michigan — one of Reader’s Digest’s “Nicest Places in America” — Battle Creek VAMC has a reputation for its warm, inviting culture and staff members who treat each other like family.

Open access to leadership is another benefit of working at Battle Creek. “People here feel like they really have a voice,” Doelling said.

For example, he said the executive team blocks off two hours from the schedule every week for purposeful rounding, hosts town halls at all five sites of care and initiates “conversation cafés” during every shift to open the lines of communication between staff and executive leaders.

It’s hard to decide to relocate to a new area, but Doelling offered many reasons for psychiatrists to take a second look at the Battle Creek VA. The workplace itself is inviting, he said, noting an impressive 13-point jump in Battle Creek’s “Best Places to Work” score.

Beyond that, he explained, a short drive takes you to world-class fishing and hunting in and around Lake Michigan. Employees can also use their free time to head to the nearby cities of Chicago or Detroit, and enjoy all the amenities without the cost of living, including museums, theater, professional sporting events, amusement parks and concerts.

A huge incentive for families considering relocation to the area is the Kalamazoo Promise, a pledge from an anonymous group of donors to pay all students of Kalamazoo Public Schools (KPS) up to 100% tuition at any of Michigan’s state colleges or universities.

In addition, all VA physicians, including psychiatrists, receive comprehensive benefits and perks. They may receive market, performance and incentive pay based on education and length of practice. Psychiatrists hired under Title 38 get 49 days paid time off, and free malpractice liability protection with tail coverage, worth thousands of dollars a year. Benefits also include access to the Federal Employees Retirement System.

“VA is like a big private hospital,” Doelling said. “When I moved from Los Angeles to Kalamazoo, I maintained all my leave and priority. The federal pension and retirement plans are amazing.”