Home / Veteran of the Day / #VeteranOfTheDay The Greatest Generation 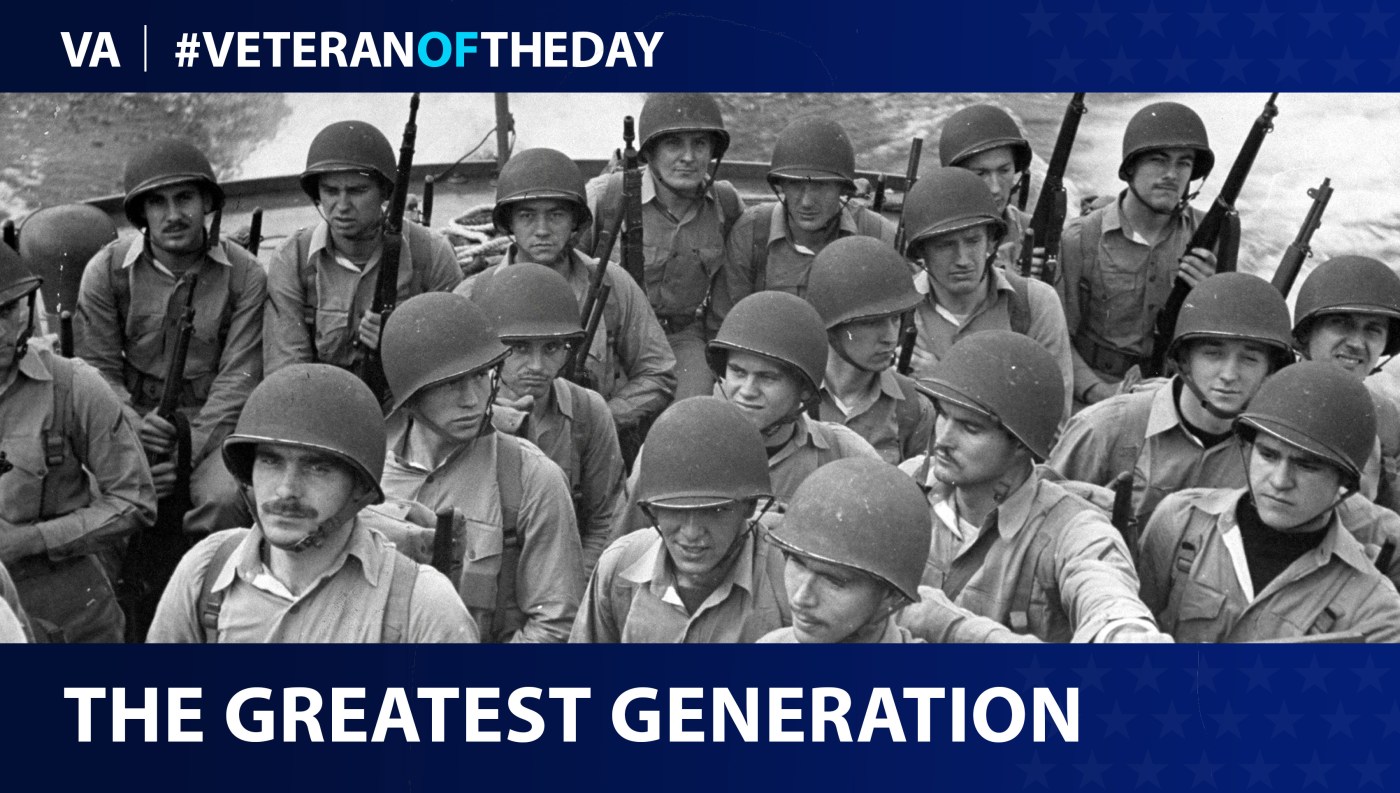 Veteran of the Day graphic created by Ben Pekkanen for the U.S. Department of Veterans Affairs.

Today’s #VeteranOfTheDay is dedicated to all the Servicemen and women of the greatest generation who served our country with honor, courage, sacrifice and an unbreakable will. We salute your service.

In honor of the 75th Anniversary of D-Day, we’d like to highlight some of the stories of the amazing Veterans who were there:

A young woman retraces her grandfather’s steps from D-Day and befriends his fellow survivors. The documentary Sunken Roads: Three Generations After D-Day is a story about memory, inter-generational relationships, and the human desire to commemorate.

Army Veteran William George Beem participated in the D-Day invasion of Normandy and was part of the first tank crew to cross the Rhine.

A Veterans Story graphic created by Kimber Garland for the U.S. Department of Veterans Affairs.

Richard “Dick” Winters served in the Army during World War II where he received several medals and inspired the hit HBO series Band of Brothers.

Charles Shay – Returning to the Beaches of Normandy 74 Years Later

On the 74th anniversary of D-Day, Penobscot tribal elder Charles Norman Shay returns to the beaches of the Normandy Landing.