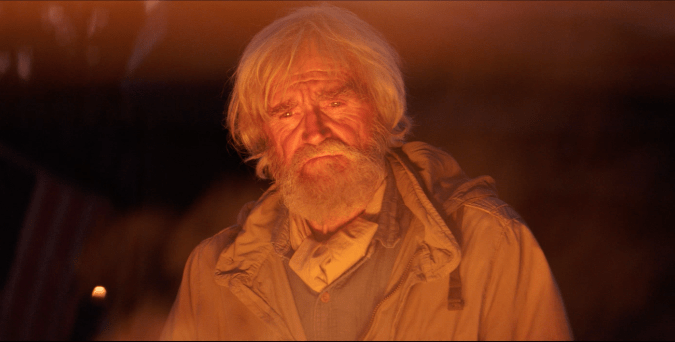 In conjunction with PTSD Awareness Month in June, DAV (Disabled American Veterans) has released a new public service announcement, entitled “Lost in the City.” The video highlights the connection between post-traumatic stress disorder and Veteran homelessness, as the condition is a leading contributor to nearly 40,000 American Veterans being without a roof over their head.

According to VA, the condition impacts 11% to 20% of Iraq and Afghanistan War Veterans, approximately 12% of Gulf War Veterans, and 15% of Vietnam Veterans.

For as long as there have been wars, western civilizations have recorded the existence of common psychological reactions to traumatic events. DAV assisted Veterans from World War I who suffered from what was then called “shell shock.” In World War II, we served Veterans whose symptoms were generally termed “battle fatigue.”

In the late 1970s, to better understand and find a basis to treat the “invisible wounds” plaguing so many Vietnam Veterans, DAV sponsored the Forgotten Warrior Project. This DAV study was crucial to the eventual recognition and ultimate adoption of PTSD in the American Psychiatric Association’s Diagnostic and Statistical Manual of Mental Disorders in 1980.

PTSD’s growing clinical acceptance and recognition, stemming from the Forgotten Warrior Project, also led DAV to open centers for Vietnam Veterans and their families in 70 cities nationwide. That program became a pilot for the VA’s Readjustment Counseling Service in 1979. This program, now composed of 300 Vet Centers nationwide, remains one of the premier resources for war Veterans who suffer from PTSD and other service-connected mental health issues.

DAV’s services for homeless and at-risk Veterans, supported by DAV’s Charitable Service Trust and Columbia Trust, promote the development of supportive housing and necessary services to assist homeless Veterans becoming productive, self-sufficient members of society. The goal is to establish a partnership between DAV and federal, state, county and local governments to develop programs to assist homeless Veterans in becoming self-sufficient.

U.S. service members have fought to keep our nation safe from a variety of threats around the world and terrorism at home. With the wars in Iraq and Afghanistan taking an enormous toll on the health of returning Veterans, and in light of overdue recognition of service-related trauma suffered by women Veterans, “Lost in the City” serves as a continuation of our dedication to assist and advocate on behalf of all disabled Veterans and their families. It is in keeping with our pledge to never forget or leave behind our fellow warriors. Our members empower DAV to gather and convey information that will help disabled Veterans and their families recover from the wounds of war, whether those sacrifices can be seen or not.

Hunter holds a Master of Arts in Strategic Communication from American University, where he served as an intern at the White House Office of Digital Strategy.

DAV empowers veterans to lead high-quality lives with respect and dignity. It is dedicated to a single purpose: fulfilling our promises to the men and women who served. DAV does this by ensuring that veterans and their families can access the full range of benefits available to them, fighting for the interests of America’s injured heroes on Capitol Hill, providing employment resources to veterans and their families, and educating the public about the great sacrifices and needs of veterans transitioning back to civilian life. DAV, a nonprofit organization with more than 1 million members, was founded in 1920 and chartered by the U.S. Congress in 1932. Learn more at dav.org.