Home / Honoring Vets / Don Egolf: From a river to retirement

Don Egolf: From a river to retirement 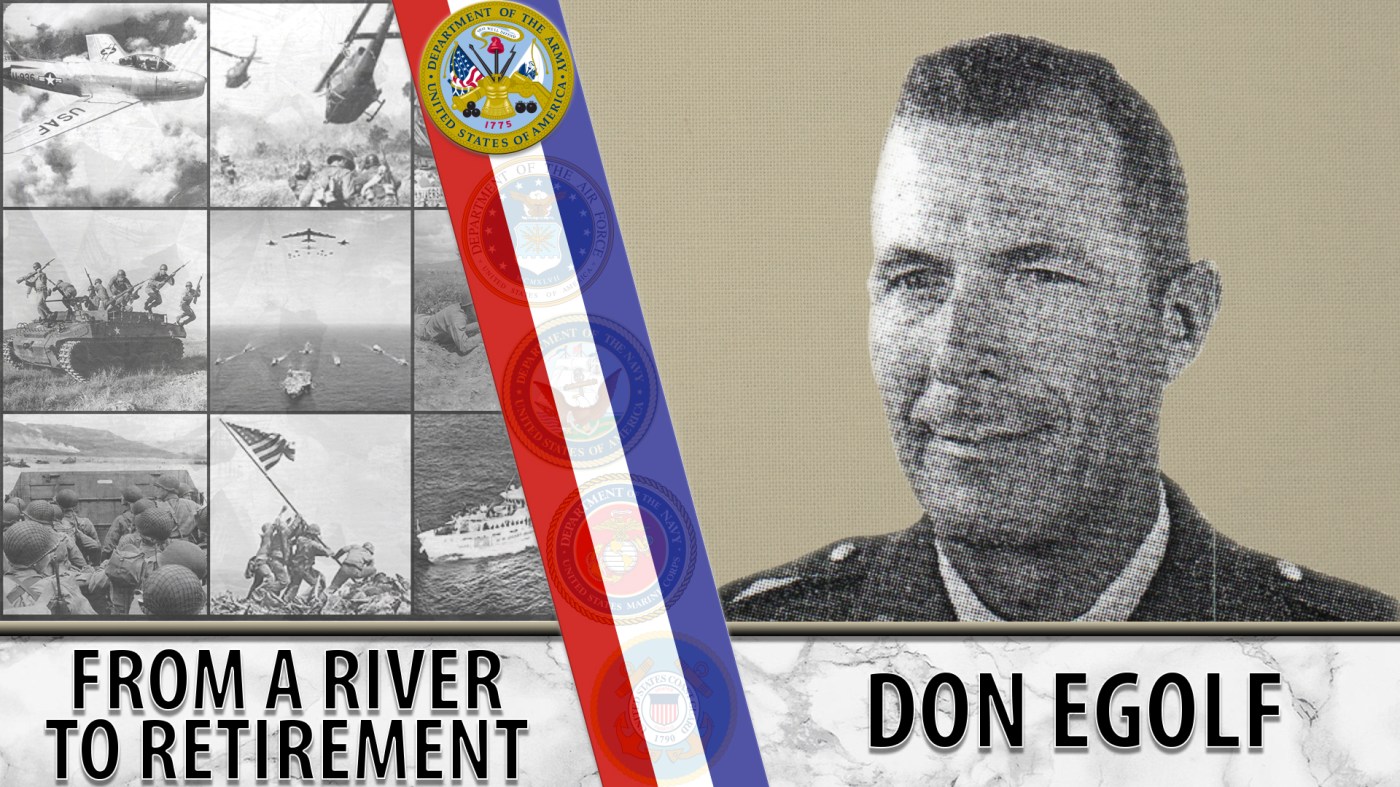 After enlisting in the Army in 1944, Don Egolf’s nearly 20-year career took him all over the world, including Korea and Japan.

When Don Egolf enlisted in the Army on July 19, 1944, he did not realize that it was the start of a 20-year career. Appearing at the local draft board at the Broad Street Armory in Philadelphia, Egolf asked if he could be placed in the Army instead of the Navy if he enlisted rather than waiting for the draft. The draft board agreed to this proposal.

After graduating basic training, Egolf was shipped to France, then to Holland by train.

With E Company, 405th Infantry, 102nd Division, Egolf and the others slept on the floor with no bedding. He believes that this may have been foxhole training to prepare them for life on the battlefield. Once they completed a briefing in Holland, they advanced to the Roer River in Germany.

On February 22, 1945, at approximately 6:00 PM, Egolf and the others received their final briefing. then joined in to sing “Shine on Shine On Harvest Moon Up in the Sky.” The calming silence was not broken until impacting artillery rounds landed the next morning.

“You are not afraid of what you don’t know anything about, but you have an idea what is going to happen,” Egolf said. And battles and river crossing and advancements are what happened until, finally, in May 1945, the Germans agreed to a truce to end the war.

With the war over, the troops kept busy around the countryside visiting local villages.  Sometimes they would find fresh fruits and vegetables to bring to children in the cities.

Egolf returned to the United States on January 6, 1946. He buried or sold several weapon souvenirs, like a P-38 pistol. After leaving the Army, Egolf returned to his family and job at a tree company, his apprenticeship funded by the GI Bill. But he soon found himself back in the army, this time with order to Korea.

He worked security at the Replacement Depot in Suwon as the country was still working to rebuild after the Japanese occupation. A year later, he was sent to Japan, accompanied by his wife and kids, where he’d remain for the next four and a half years, then a two-year stint at Fort Carson, Colorado.

Don Egolf left the Army on May 1, 1966. Looking back on his service, he remembers his time in uniform as a band of brothers forged by the bonds of combat.

Thank you for your service, Don!

More can be learned about Don’s story at the Veteran’s History Project at: http://memory.loc.gov/diglib/vhp/story/loc.natlib.afc2001001.27610/