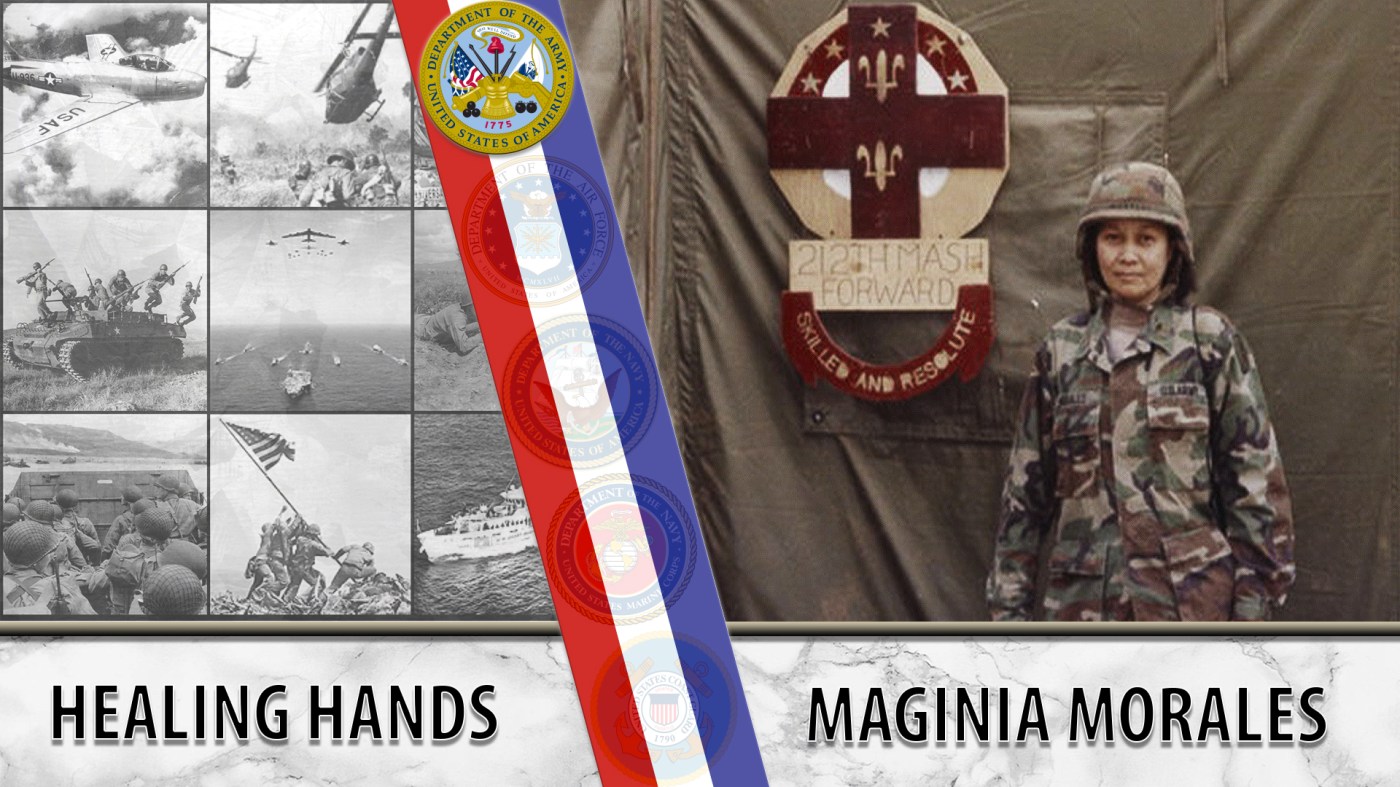 In 1977, Maginia Sajise Morales came to the United States from the Philippines in search of a better life. She had graduated high school and then nursing college in the Philippines before  securing work in the US from a recruiting agency. While working in Memphis, one of her peers encouraged her to join the Army.

Morales enlisted in 1989 and would eventually earn her citizenship through the Army. She served four years in a reserve unit general hospital before realizing she wanted to go into active duty nursing. She went back to basic training and then a month-long officer training class.

In 1994, Morales worked in a Combat Support Hospital (CSH) and later Mobile Army Surgical Hospital (MASH) in Germany, where she treated mostly trauma and burn victims. She also got to support MedFlight operations in Africa, where she trained locals on basic life support practices.

A year later, she worked on the Ivory Coast amidst deteriorating conditions in multiple global hotspots, like the civil war in Somalia. The first Battle of Mogadishu, commonly known as the “Black Hawk Down” incident, occurred two years earlier. The Balkan States were reeling from the breakup of Yugoslavia in 1992.

In December 1995, Morales’ unit was notified that their rapid deployment hospital would next be sent to Bosnia. They spent the winter in Croatia waiting for a bridge to be repaired. There, she witnessed the conflict’s destruction. They treated cold weather injuries and landmine wounds.

By January, the bridge was finished, and Morales’ unit was able to cross into Bosnia. However, they were confined to the well-trod path to avoid landmines. Her hospital continued to treat injuries. She saw freshly dug graves everywhere. The locals endured winter without electricity because many cities were damaged by the war.

Throughout her deployment in the Balkans, Morales was confined to the hospital. But in Sarajevo, she was able to see how different hospitals operated. Her unit often also worked with Doctors Without Borders and Amnesty International.

When she returned home from deployment, Morales received a promotion to deputy director of the critical care course, one of only three in the Army and became head nurse of the ICU.

In 2001, Morales passed on the opportunity to become operating commander to further her clinical experience. Her next duty station was at Fort Bliss. She deployed to Iraq in 2004, but due to declining health, was forced home early. She retired in Nov. 2004.

After retiring, Morales worked as a Red Cross volunteer, as well as with the VFW, MOA, and the Filipino Association of El Paso.

Thank you for your service, Maginia Morales!