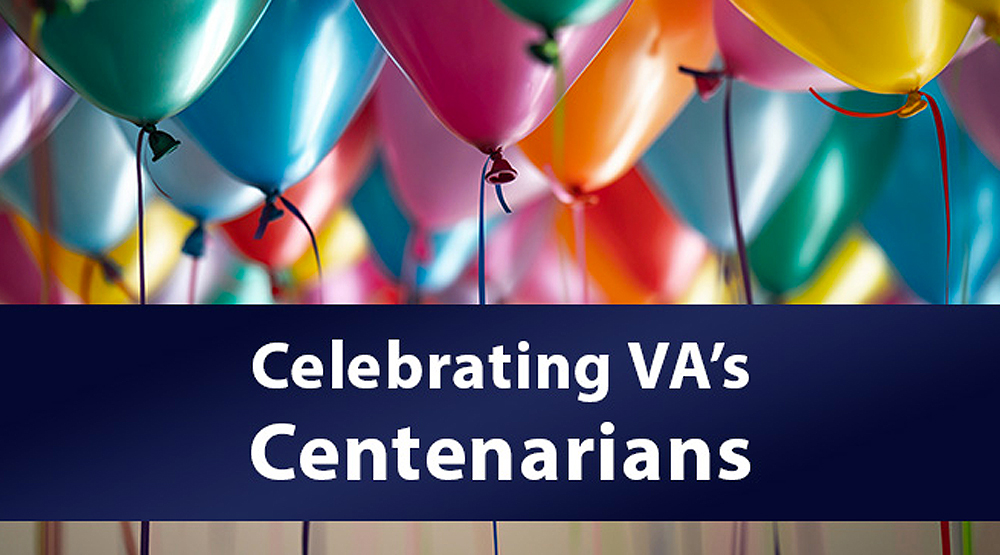 In August 2019, Julia Kabance’s 109th birthday celebration unfolded in a room cramped with well-wishers  for this World War II Veteran and member of the Prairie Band Potawatomi Nation. Julia says, “I don’t feel as old as my years. I may look it, but I don’t feel old. I feel about 50, though I’m not as fast as I used to be and I can’t jump up like a rabbit.” Kabance joined the Women’s Army Corps in 1943. Afterward, she was a popular and loyal volunteer at the Colmery-O’Neil VA Medical Center in Topeka for years. Kabance’s secret to happiness is, “Good food, good rest and live close to God.”

Navy Veteran Martin Roy turned 105 on Veterans Day. Martin Roy was on board when a suicide bomber hit the USS Franklin carrier. He never spoke about the event until recently, when he told his son. Roy was a firefighter on the flight deck and he replaced the steel deck plates after planes took off. When the bomber hit, he was in the ship’s island on the deck and only survived because he was able to crawl through a porthole to safety. Paul Roy said of his father, “My dad needed more home care and it was time to see what the VA could provide.  We were received remarkably well.  He was treated like a celebrity!”

Retired Navy Rear Admiral Edward “Whitey” Feightner turned 100 October 14. Feightner is credited with being WW II’s first Navy “ace” for having nine confirmed kills of enemy aircraft and four more assists. He also attacked a Japanese cargo vessel in the South Pacific. Whitey is credited with the first night landing aboard an aircraft carrier. He flew many aircraft, including the F4F Wildcat, F-6 Hellcat, F7 Tigercat and the F-7U Cutlass, which was later flown by the Navy’s Blue Angels. Whitey and his wife Violet were married more than 60 years.

Judge Bentley Kassal, 103, received the Bronze Star with three Bronze Arrowheads for three invasion landings and earned seven campaign ribbons in the European theater. He served in the Army Air Force for four years and overseas for 30 months. His tours included North Africa, Sicily, Italy, France and Germany. He is a retired major in the U.S. Air Force Reserves.

John Powell celebrated his 100th birthday September 20, 2019. Powell enlisted in the Army in 1941 and landed on Omaha Beach 17 days after D-Day. Powell spoke at his party about those he served with, who never got the chance to have such a celebration. On a day that was all about him, he said his memories are with them and always will be.

Morris Trammel celebrated his 100th birthday with his family October 17, 2019.  Trammel served in the 383rd Field Artillery, U.S. Army, during World War II. On his birthday, he was delighted to receive several hundred birthday cards from across the globe and a visit from the University of Kentucky Baseball players.

WWII Army Veteran William Hutchinson celebrated his 102nd birthday July 8, 2019. Hutchinson served in the Army from February until September 1943.  He was in a service company for the 87th Infantry Division, supporting General George Patton’s Army. Hutchinson said he is very proud to serve his country: “I had the best job in the Army.”

Claudia Ryan and a guest

In August, U.S. Navy Veteran Claudia Ryan celebrated her 101st birthday. She is the only female Veteran living in our Community Living Center. The staff made a homemade cake and arranged a special birthday party for her. Ice cream is her favorite treat, so they ensured it was on the menu.

James “Jim” Hay served in the Army in Germany during World War II. In May, a group of Fayetteville VA Coastal Health Care System employees paid a surprise visit to his VA-contracted nursing home to help Hay celebrate his 103rd birthday. They presented him (pictured with his wife Dale) with a special Veteran’s vest, matching cap and a proclamation from the City of Fayetteville declaring May 18, 2019, “James Hay Day.”

On June 13, 2019, Alfred Clark celebrated his 106th birthday, making him one of the oldest living World War II Veterans. Clark was born in 1913 and at 29, was drafted into the United States Army Air Corps, the precursor to today’s U.S. Air Force. He participated in the Allied Rhineland Offensive, serving at Fritzlar Airfield in northern Hesse.

Army Veteran Samuel Hargroves was a skilled engineer who knew the value of hard work. Determined to marry his bride, he tied the knot on April 7, 1942, right before being ordered to Alaska with the new 93rd Engineering Battalion to work on the Alaska Highway Project. He is loved dearly by his wife and children, celebrating his 100th birthday with them in the house he built.

Edward Sibley, 100, was born April 15, 1919. He served in Normandy, Northern France, Ardennes, Rhineland and Central Europe. For his service, Sibley received both the Bronze and Silver stars. He has three children, five grandchildren and eight great grandchildren and has been married for 68 years.

Charles Trinca, 102, served in the Navy in the South Pacific. Trinca became a hero by saving a 7-year-old Chinese girl from drowning when the boat she was on was capsized. Without hesitation, he jumped into the heavily polluted river and rescued the girl.

Anna Mae Jones, 103, was a member of the Women’s Army Corp. She served in the southwest Pacific arena in New Guinea as the assistant to the provost marshal. Jones lives with her family.

Sydney Cole, 105, was a captain in the U.S. Army Air Corps. Cole was shot down over Belgium during the “Battle of the Bulge” and taken prisoner. When asked the secret to his longevity, he said, “Well if I told you, it wouldn’t be a secret anymore would it?”

Information for this article was submitted by VA Medical Center public affairs and other staff from throughout the United States.