VA guides Veteran out of darkness 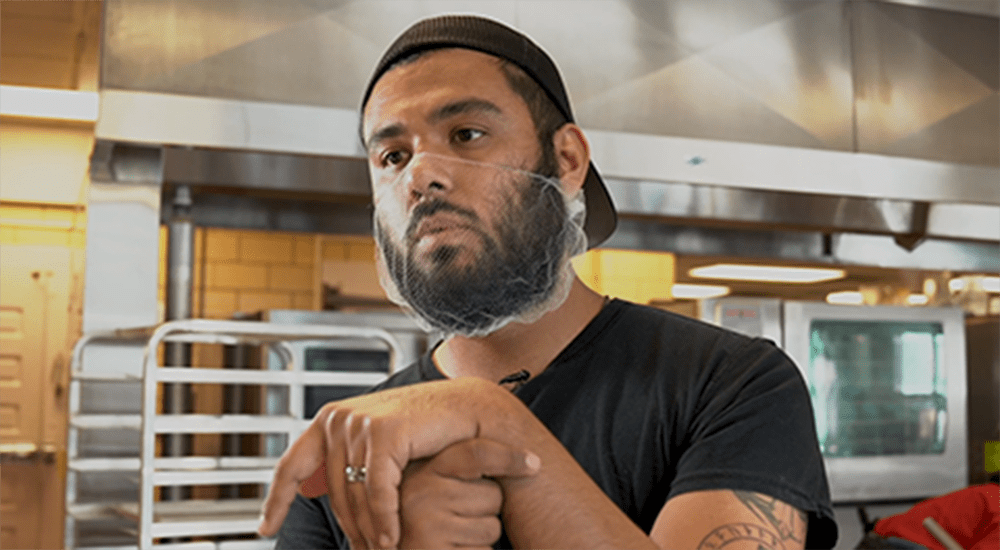 You wouldn’t know from watching him work, but 25-year-old Saenz is blind.

“It basically took an army to get me to where I’m at now,” he said.

Saenz joined the military shortly after high school. While still at basic training, he noticed something going “wonky” with his sight.

“I just assumed I was tired because, you know, they like to tire you out in basic,” he said. “But the next day, I woke up with the sight I have today.”

Saenz received an irregular discharge and went back home to Iowa where he and his wife lived for several dark and confusing years.

“I was alone and felt like no one was there for me. I was consistently told I wasn’t good enough or that I couldn’t support my wife because I was blind. That was very difficult. Very difficult.”

The meeting that changed everything

A chance meeting in a parking lot changed that.

“We ran into someone from DAV (Disabled American Veterans). And they were like, ‘It can’t hurt. Let’s put in a claim for you and let’s get it figured out.’”

With the help of DAV and the local VA, Saenz received a service-connection for his disability. More important, he gained access to VA professionals who could help him learn to live without sight.

VA Salt Lake recreation therapist Heather Brown, one of the VA professionals who helped Veteran Arthur Saenz learn to walk his own path.

During a three-month intensive living and mobility course at the Hines VA Medical Center in Chicago, Saenz learned basic skills, such as using a knife, cooking, reading Braille and using adaptive technology to navigate the world. He also learned how to hike unassisted. He was able put those skills to good use when he and his wife moved to the mountain town of American Fork, Utah.

Saenz eventually plans to open his own restaurant.

“His skills were really good when he came to us,” Wolf said. “He just needed to get familiar with his new neighborhood.”

Still, something was missing for Saenz: a job. Vocational rehabilitation counselor Mari Hanson connected him with the position he has today with the hospital food service.

“You know there is hope”

Saenz plans to attend culinary school and eventually open his own restaurant.

He’s eager to give credit to everyone who helped him get where he is today. And he has a message for visually impaired people who are struggling to find their place in the world.

“Please don’t give up, because you know there is hope. Get help, find someone that’s willing to take the time and help you get through these obstacles.”

Blind Veteran could not wait to “Get on the water!”