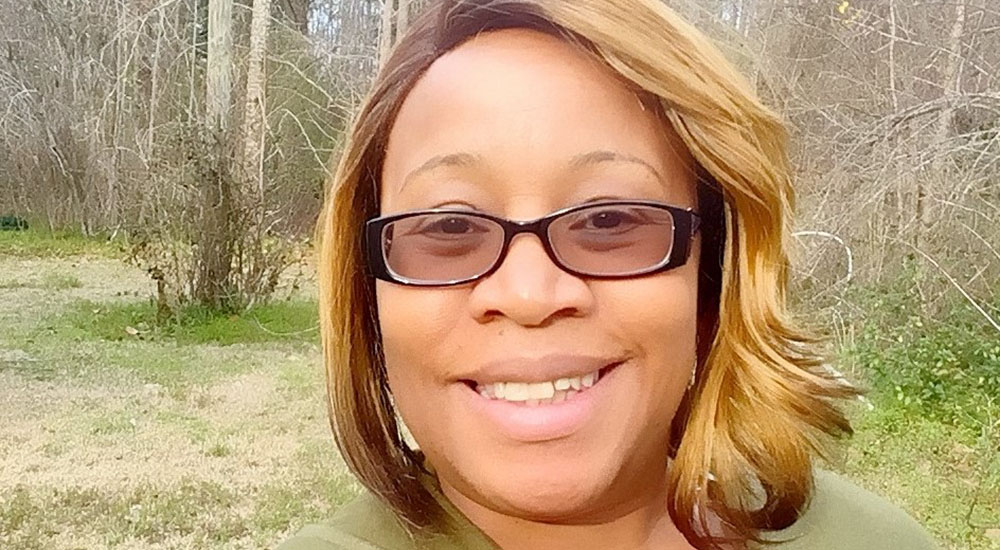 “I think a person owes it to themselves to make a commitment to themselves, to do the best that you can for yourself. Especially if you’re a Veteran,” said Yvonne Grissett, military sexual trauma (MST) survivor and Army Veteran.

Grissett (pictured above) has loved to cook since she was a child. From her kitchen in Washington, D.C., she remembers the cakes at her grandmother’s house. “They had coconut, chocolate layer cake, pies, delicious.”

To her, the cakes represented the warmth of her family. And to this day, baking is a source of joy for Yvonne. “I dream of owning my own cake restaurant.”

What felt to her like the American Dream turned into a nightmare. Yvonne married another soldier who physically and sexually assaulted her for over two years. “It was humiliating, devastating, degrading.”

Because it happened in the context of her service, it’s a form of MST. Yvonne reported the situation to her company commander who, she said, “would not address the issue.” She felt helpless and “drank alcohol to escape the brutality.”

Ended military service… and her marriage

Yvonne finished her final tour in Germany, finally ending her service and her marriage. But the effects of her trauma followed her. Eventually, Yvonne was homeless and living under a bridge.

Reflecting on this period, Yvonne recalls, “I had a cardboard box that I had flattened out and some bags of clothes. My alcoholism progressed to full-fledged drug addiction. I resolved that I had a moral deficiency and this was my lot in life.”

When Yvonne was diagnosed with PTSD in 2011, she felt relieved. “It was like a weight was lifted because some of the thoughts and things that I did, I could see how it resulted from the PTSD. That I wasn’t just drinking myself to death. I was self-medicating.”

Yvonne joined Narcotics Anonymous, which helped her get sober. She soon found a place to live and started taking classes in culinary management. Things were good for the first time in a long while, but Yvonne started to “see” her ex-husband and abuser as she moved in and around D.C. “He was on the Metro, at the grocery store, in the library.”

“I made myself get up and go to the VA”

She panicked. “My solution was, ‘I’m going to stay in the house.’ Seven or eight months later, I was in my house with knives stashed all around to protect myself. I knew I needed help. So I made myself get up, get out and go to the VA.”

With a therapist, Yvonne came to understand some of her negative behaviors, but she was reluctant to talk about her sexual trauma. “I knew I had just scratched the surface of my PTSD. I knew I had more work to do, and wanted to address the sexual assault that I had experienced in the Army.”

In the safety of her therapist’s office, using a treatment called eye movement desensitization and reprocessing, Yvonne worked on some of her hardest memories. In treatment, Yvonne learned that the trauma wasn’t her fault and started to repair her self-esteem. “It was just powerful. It’s powerful now. I walked out of those sessions like a human being, powerful, strong and courageous, like I went into the military.”

Today, Yvonne is a peer support specialist at the Washington, D.C. VA Medical Center, where she supports other Veterans as they go through treatment for PTSD. It’s a job which she says brings a lot of meaning to her life and helps her keep things on track.

And though she loves her job, Yvonne still holds on to her dream of baking: “I don’t think I’m there yet. When I open the cake restaurant, I’ll be the best that I can be.”

Victoria Bippart is the director and producer of AboutFace, a VA program features Veterans’ real stories living with PTSD.