Home / Top Stories / On a Day of Infamy, Remember

On a Day of Infamy, Remember 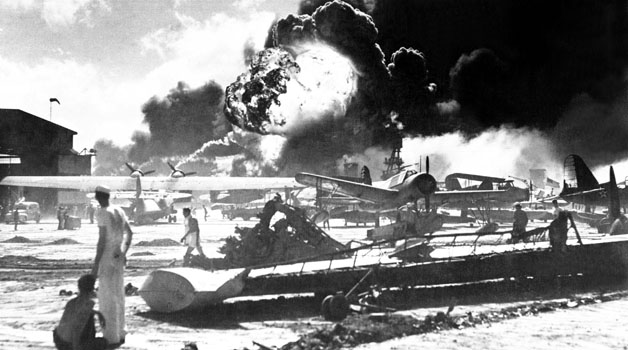 Sixty-nine years ago, the world was transformed as soon as the first Japanese bombs began their descent over Pearl Harbor in a deliberate attack on the United States. Before that morning, Americans watched a foreign war grow outside of its borders into a worldwide crisis. The sudden attack on Naval forces in Hawaii brought the war home for every citizen of the country. President Roosevelt gave one of the most rousing speeches in history the following day, a declaration of war that entered the United States into what would be known as World War II. The ‘Date of Infamy’ gave rise to the Greatest Generation, and the biggest military engagement in human history.

Little can be added to the pages of history when it comes to December 7, 1941, but one fact must be given immediate and grave attention: the number of Pearl Harbor survivors continues its terrible spiral downward. 2,390 Americans gave their lives during the struggle that day, most of them aboard the USS Arizona. Many more survived the attack only to go on and fight against the Axis Powers all the way to the end of the war. Those that survived through V-J Day and beyond went to tell the story of their commitment and sacrifice. Sadly, more stories are ending every day. Veterans of the Pearl Harbor attack number somewhere between two and four thousand, and only twenty from the USS Arizona. Just five remain in good enough health to travel to the memorial.

Every year, we take this day out to remember Pearl Harbor and the story of sacrifice and commitment that unfolded there. Veterans are the most sacred of our national treasures, Pearl Harbor Vets especially. Remember what they gave us. If you or someone you know was there 69 years ago, please leave your story in the comments section.