VA nurses weather the storm in service to Veterans 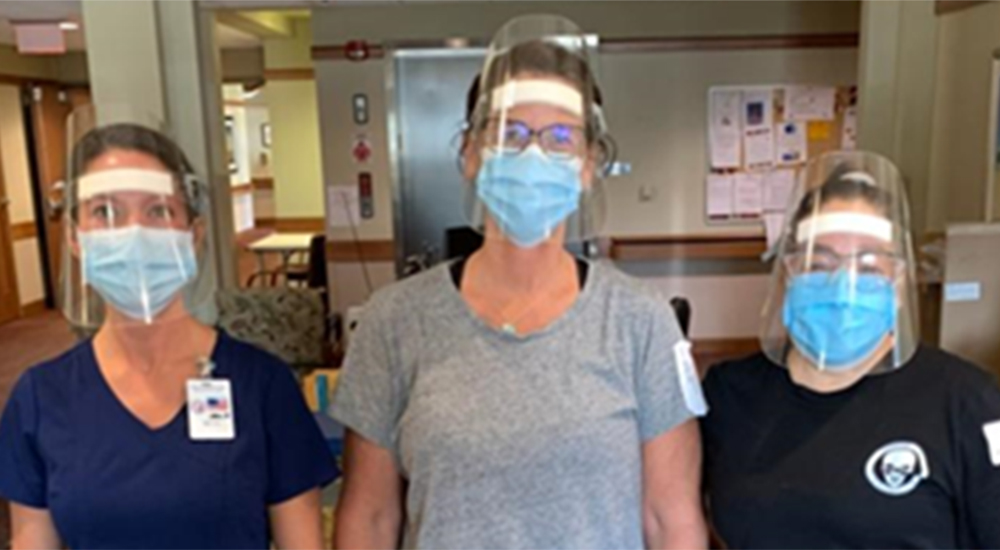 Downed power lines were an example of storm damage.

On a Monday in August, the team supporting the State Veterans Home in Marshalltown, Iowa, faced a bigger challenge than expected.

While on the way to the facility for the afternoon shift change, a destructive derecho  struck Central Iowa. it brought winds reported over 90 miles per hour and heavy rains.

Employees reported hail damage and flying debris as well as multiple tractor trailers flipped over on the road.

One nurse’s car was hit by a tree and part of the roof from a nearby hotel. Emergency responders had difficulty finding her car after she called 911.

For the DEMPS nurses, there were challenges, too. The facility they were traveling to was running on emergency power. Eventually, the entire team made it to the facility to provide care for the Veterans.

Teams of nurses from across the VA Midwest Health Care Network (VISN 23) have been supporting Veterans and VA’s Fourth Mission for months now.

A nurse works from a portable table outside the hospital.

VISN 23 teams have displayed this commitment and dedication throughout the COVID-19 crisis. They ensure Veterans receive the care they deserve.

A significant resource in VA’s response to COVID-19 is its Disaster Emergency Medical Personnel System (DEMPS). DEMPS is the Veterans Health Administration’s main deployment program for clinical and non-clinical staff to an emergency or disaster.

Ron Woolery is a public affairs officer for VISN 23.