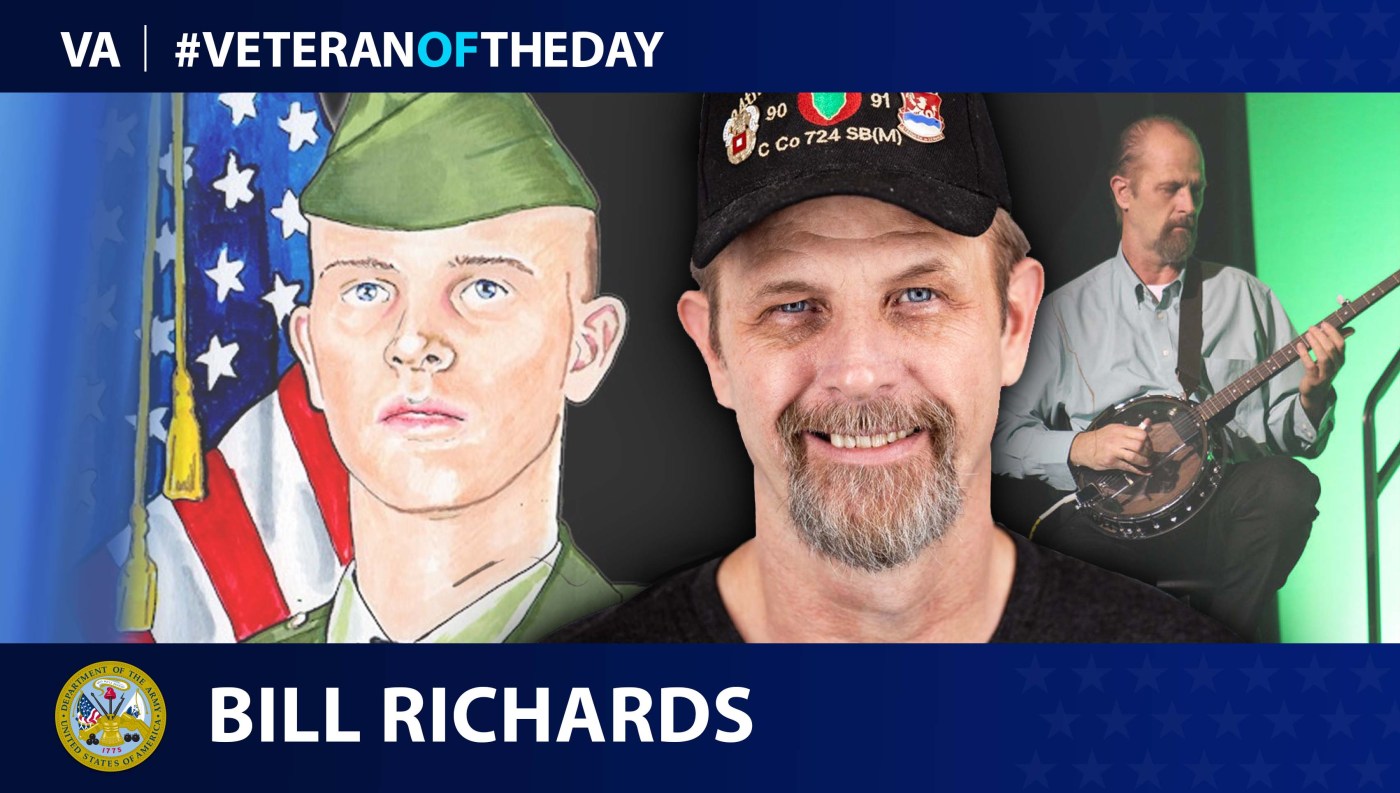 Today’s #VeteranOfTheDay is Army Veteran Bill Richards, who served with the 24th Infantry Division during the Gulf War as an infantryman.

Bill Richards served during the Gulf War as a private in the 24th Infantry Division. He became interested in the military during the late 1980s while attending Western Kentucky University, where he took several advance art classes. Upon discovering that he could not afford the full four years of college, Richards enlisted in 1989.

Originally, he signed up for the Air Force but was dissatisfied with the position they offered him as a mechanic. Richards joined the Army instead, completing basic training at Fort Steward, Georgia, before being deployed out for Operation Desert Storm on Aug. 28, 1990. “I did not sign up for this,” he recalls joking upon hearing the news. Richards would return to the U.S. on March 31, 1991. Though Richards wanted to serve longer, he was cut due to the excess of soldiers after Desert Storm.

After leaving the service, he played in several bands throughout the U.S.  He also sold numerous pieces of his artwork worldwide. Since 2000, he has won a variety of awards, including 40 blue and 25 red ribbons for his art pieces in county fairs.

In the years after his service, Richards struggled with depression and anxiety, which would create various conflicts in his personal life. This led him to the VA, where he learned about the National Veterans Creative Arts Festival. The event aims to help Veterans cope with PTSD, depression and anxiety through other means besides medication and traditional therapy. Richards became enthralled with the event, attending every year through 2018.

In 2018, Richards formed Veterans Creative Arts, a program in which Veterans teach each other creative arts as an alternative form of therapy. He created this program to help fellow Veterans cope with their PTSD and various other issues that they might be dealing with from their service. Richards teaches art and music lessons.

He currently resides in northern Michigan.