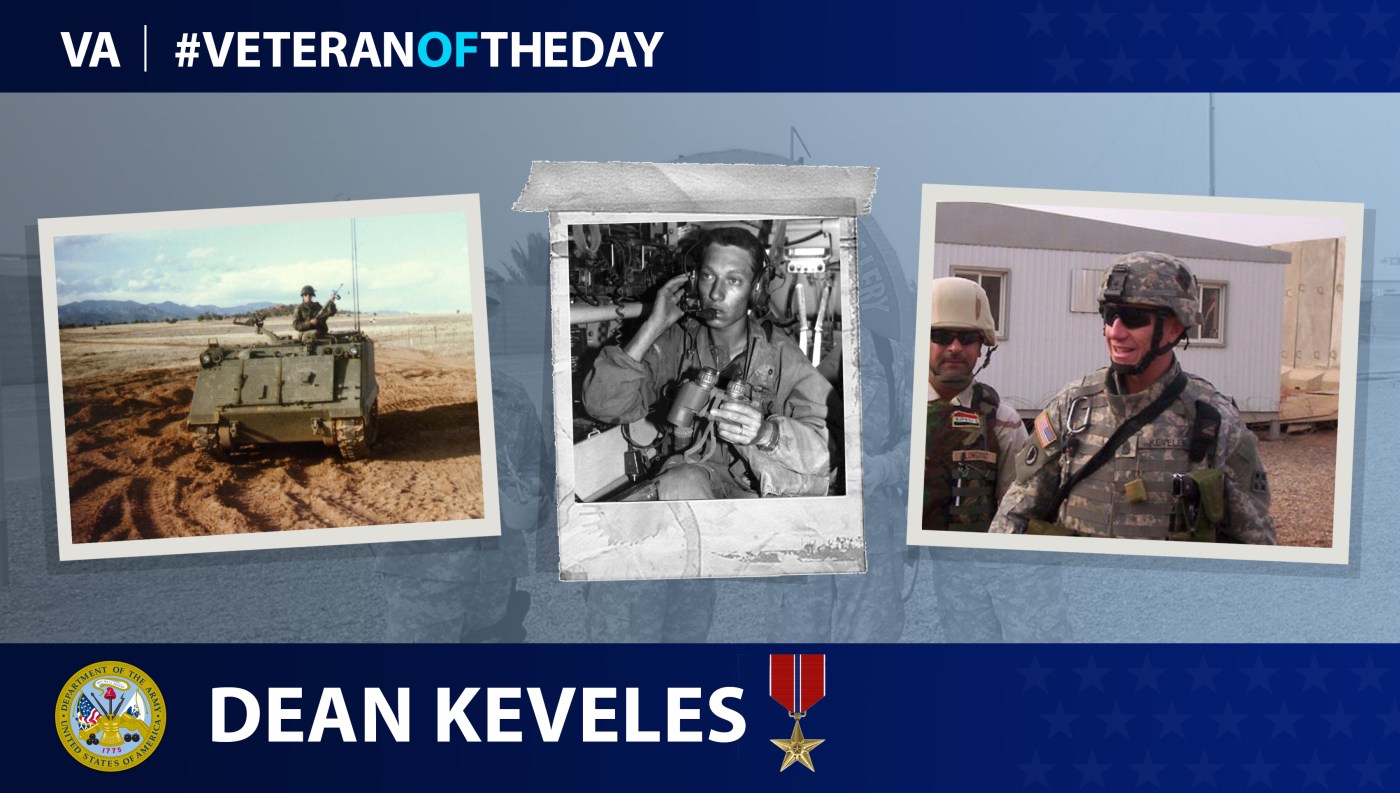 After graduation, Dean Keveles worked on six-month contracts drafting, but soon the market dried up. Keveles had a daughter and a wife at the time and wanted to make sure that they always had food and a roof over their heads, so he joined the military. The recruiter offered him many different specialties, but he eventually settled on fire support specialist. He loved the idea of doing something that not only helped his unit but also helped people fighting on the front line.

After technical training, Keveles went to Fort Carson in Colorado, where he stayed for three years before moving to Korea. His time in Korea was hard because his family had to stay in the United States, but Keveles’s wife made it much easier by being supportive of his career in the military.

In Korea, he conducted 75 patrols of the demilitarized zone while carrying live ammunition, binoculars, and a radio to call in support in case of combat. He said they were always concerned that the North Koreans might attack.

When he returned to the U.S., Keveles learned to be an aerial fire support observer. While in school, his unit deployed to Saudi Arabia as part of Operation Desert Shield. Keveles thought that he might be forced to leave flight school early without completing the training, but he stayed and finished up the program before meeting his unit in Saudi Arabia.

After that, Keveles moved to Germany, where his family could join him. He loved his time in Germany, connecting with the culture and the local people.