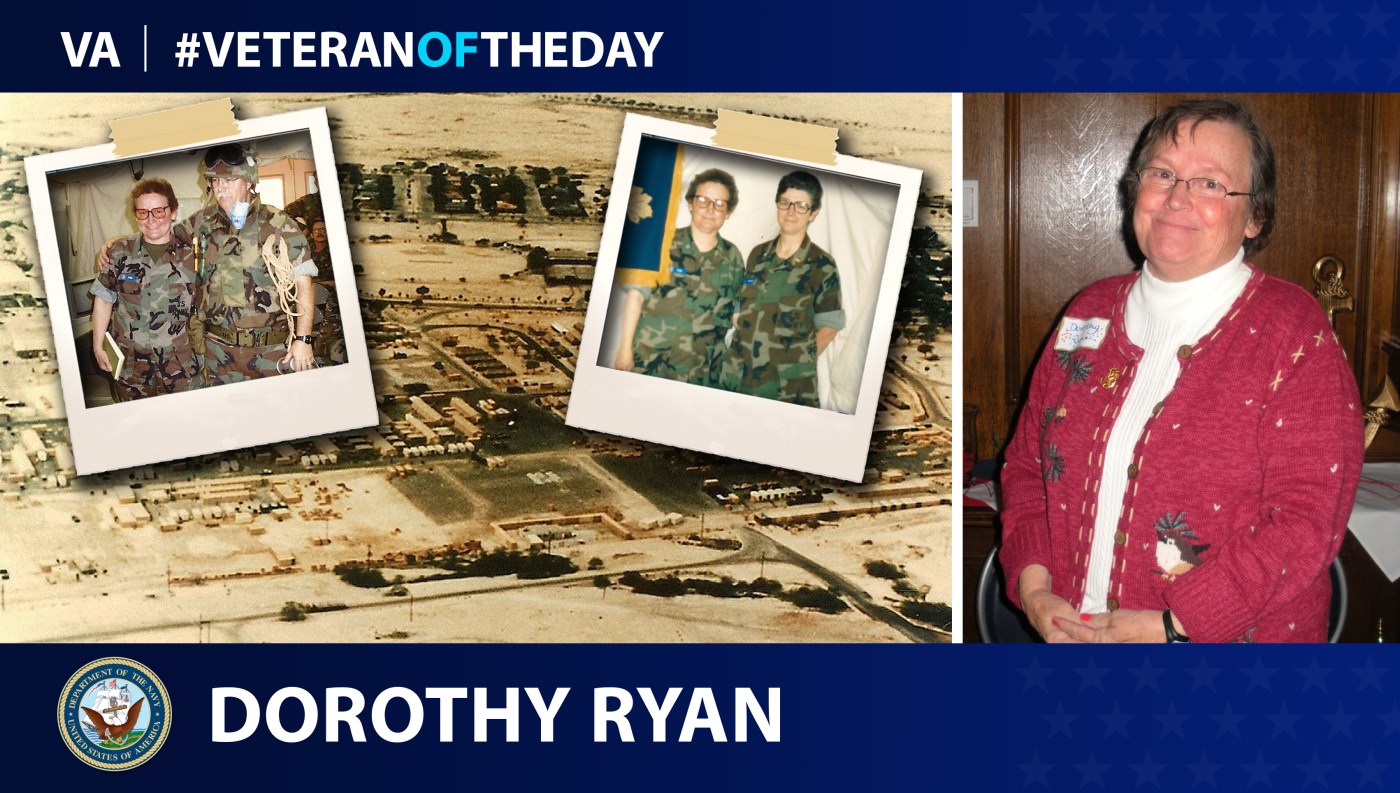 On the anniversary of the end of Desert Storm’s ground war, today’s #VeteranOfTheDay is Navy Veteran Dorothy Angela Ryan, who served in the war.

Born and raised in New York City, Angela Ryan grew up in a family of military background. One aunt and four of her uncles served in the Navy, and one aunt served in the Army. While studying nursing at Hunter College in New York City, she applied to become a Navy Nurse Corps candidate. In 1961, she graduated with a bachelor of science in nursing and became an ensign.

Ryan’s first duty station was Camp Pendleton in California, where she served with Marines. She then joined the general surgery nurses at the National Naval Medical Center in Bethesda, Maryland. While stationed there, Ryan cared for then President Lyndon B. Johnson for 10 nights as he recovered from surgery. As a token of his gratitude, President Johnson invited Ryan and her mother to the White House for a tour. She later served as the night supervisor at the National Naval Medical Center and helped care for many wounded soldiers returning from the Vietnam War. Ryan left Bethesda to serve on USS Patrick, sailing to Guam via Hawaii.

After returning from Guam, Ryan decided to join the Reserve and moved to Colorado. She wanted to gain computer skills that would set her apart and allow her to contribute to the Navy Reserve in the new technological age.

In the late 1980s, several Navy Reserve units were set apart to build, train and support air-conditioned fleet hospitals in the Middle East. Ryan became the director of nursing for Fleet Hospital 6, consisting of a 500-bed fleet hospital and 1,000 medical and essential personnel from five states.

In early January 1991, Ryan and her unit left Denver, Colorado, and traveled to Fort Dix, New Jersey, to assemble and receive additional training. They then went to serve in Bahrain until mid-March 1991, when Operation Desert Shield/Storm was over.

Ryan enjoyed attending yearly meetings for the Association of Military Surgeons of the United States, where she learned about the latest leadership ideas and saw old friends.