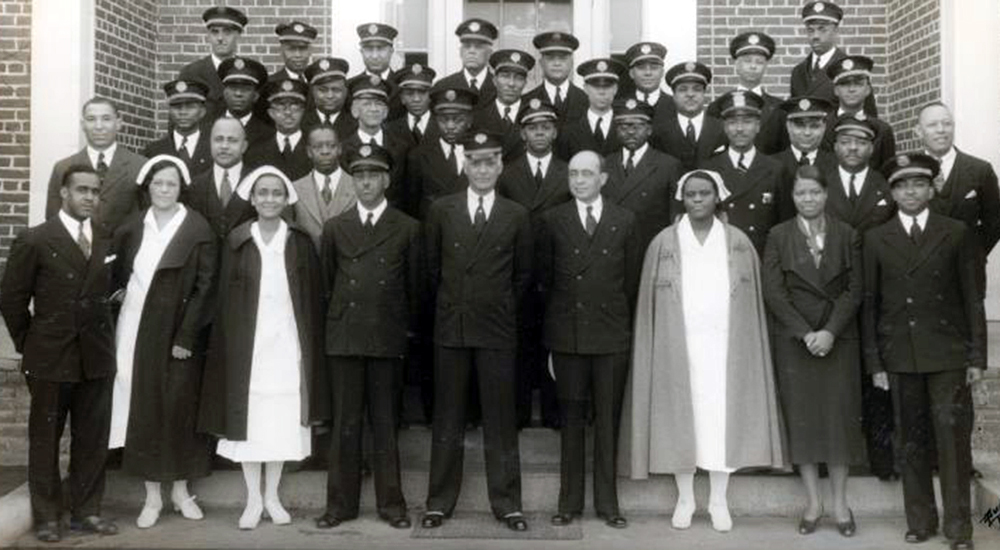 Today’s Veterans Health Administration (VHA) embodies the spirit of the many Black men and women who broke history and continue to inspire us today.

VHA’s first hospitals opened under its predecessor, the National Home for Disabled Volunteer Soldiers. The hospitals were racially integrated from the very beginning. The first African American Veterans, who served with the U.S. Colored Troops during the Civil War, were admitted to the Central Branch (now Dayton VAMC) in Ohio in March 1867.

It was the first government-civilian institution to admit the nation’s first African American Veterans of the Union Army.

After the 1896 Plessy v. Ferguson Supreme Court case decision, the practice of “separate, but equal” accommodations based on race took hold in American society. When the National Home opened its new Mountain Branch in Johnson City, Tennessee, in 1903, the staff segregated Veterans by race.

A Veterans hospital established exclusively for African American Veterans opened in Tuskegee, Alabama, in 1923, for those who served in World War I, caring for more than 300,000 Black Veterans

Pictured above is Dr. Henry Ward and staff at Tuskegee Hospital, 1924.

Dr. Joseph H. Ward, of Indianapolis, became the first director of the Tuskegee Veteran’s hospital in 1923. Dr. Ward served in that capacity at Tuskegee until 1936.

On July 29, 1954, VA announced that segregation of the races had officially ended at all hospitals.

Dr. Howard Kenney was the first director to integrate the VA hospital system. On July 20, 1962, he became the first African American VA hospital director for the East Orange, NJ, facility.

After integrating executive leadership at VA hospitals in 1962, Dr. Howard Kenney went on to become the first African American appointed as a VA Regional Medical Director in 1969.

Vernice Ferguson was the first African American nurse appointed as VA’s Director of Nursing in 1980, and she held that position for 12 years, retiring in 1992.

Viola Johnson became the first African American woman to lead a VAMC in 1984 when she assumed direction of the Battle Creek Michigan facility.

Jesse Brown was the first African American VA Secretary. He served from 1993 to 1997.

Katie Delacenserie serves as the historian for the Veterans Health Administration.