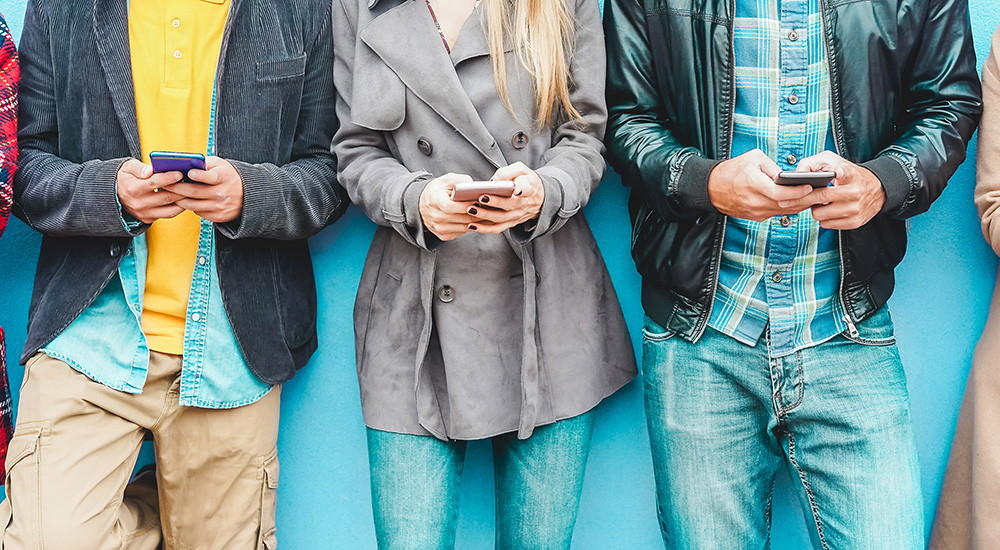 One medical center in every VA network was selected to implement the project locally. When VA Pittsburgh Chief of Chaplain Service Paul Dordal learned about the project, he was immediately interested.

“They had never had a chaplain volunteer, but I saw it as an opportunity,” he said.

Dordal and psychologist Dr. Michael Rosen received specific train-the-trainer instruction to become “mHealth specialists.” In this role, they work to empower and assist others, called mHealth ambassadors, to incorporate the mobile mental health apps into care.

Anyone with connection to patients can become an ambassador, from psychologists and nurses to peer specialists and My HealtheVet coordinators.

“We’ve learned those who use mobile mental health apps really like them,” said Dordal. “They appreciate what the apps can do, yet very few Veterans were using them.”

Introduced over 900 Veterans to the app

The project’s earliest stages began at the end of 2019, prior to the pandemic. After Pittsburgh became a participating site, the national center hosted a virtual site visit last October with a project goal of training at least 20 VA staff members per site. Pittsburgh alone trained 58 new mHealth ambassadors.

The project challenged ambassadors to introduce and use mobile mental health apps with 25 Veterans or family members per year, with an initial three-month target of about six Veterans per ambassador.

We far exceeded that goal. During the three-month track period, 35 of the 58 mHealth ambassadors reached about 16 Veterans and in total, our ambassadors introduced apps to 928 Veterans.

Dordal had an appointment with a Veteran in California who was overwhelmed and having a tough time, sleeping poorly and constantly thinking about his temporary job. Dordal spoke with him about mindfulness and sent him a link to an app from the PTSD center.

“He’s 40 or younger, well versed in mobile phones, so his homework was to download the app and use it five to 10 minutes a day for a week.”

Some apps can only be used by licensed clinicians, but there are a range of others such as self-care apps, including mindfulness and PTSD apps. One recently developed is the COVID Coach App, designed specifically for people stressing about the pandemic.

“COVID enhanced this project,” said Dordal. “Now because of the lack of face to face, some people aren’t seeing their doctors as much. If COVID weren’t here, the imperative, the motivation to use it would not be as big. When COVID hit, these tools became that much more important. It would have been successful because it’s a good product, but COVID helped it because we needed it more.”

Dordal was clear the apps are a supplement to and not a replacement for professional care. Some apps serve as companions to therapy. A Veteran might see a cognitive behavioral therapist, for example, and use an app daily to help work on developing better sleep habits.

Another benefit of the universally available apps is the capacity for caregivers and families to be in care with their Veteran. One mHealth ambassador, a medical doctor, met with a patient and family, showing them how to download and use a mindfulness app.

“The family was really impressed,” said Dordal. “This project is a creative way to help Veterans outside of the traditional care process. It’s not a fad, it’s going to become part of our total health care program.”

Web-based services are also available for any Veterans who don’t consider themselves smart-device savvy. Each app also has a crisis hotline immediately available so users can quickly connect to a live person for help.

Helping to take control of their life

“The other big thing is the PTSD Coach app has an electronic suicide safety form,” said Dordal. “If any Veteran is thinking about suicide, they can create a safety plan with their provider and have that right on their phone, instead of written out on a piece of paper.”

Dordal thinks the ambassadors will sustain and increase the amount of people who have access to and use mobile mental health apps.

The apps empower Veterans to take charge of their health so they don’t become dependent on a professional for something they can do on their own.

“It’s not asking what’s the matter with you, but what matters to you. What matters to them is to take control of their own life and health care.”

To learn more about mobile VA health care apps, talk to your care team or visit the VA App Store.

Hope Nelson is a public affairs specialist for the VA Pittsburgh Healthcare System.