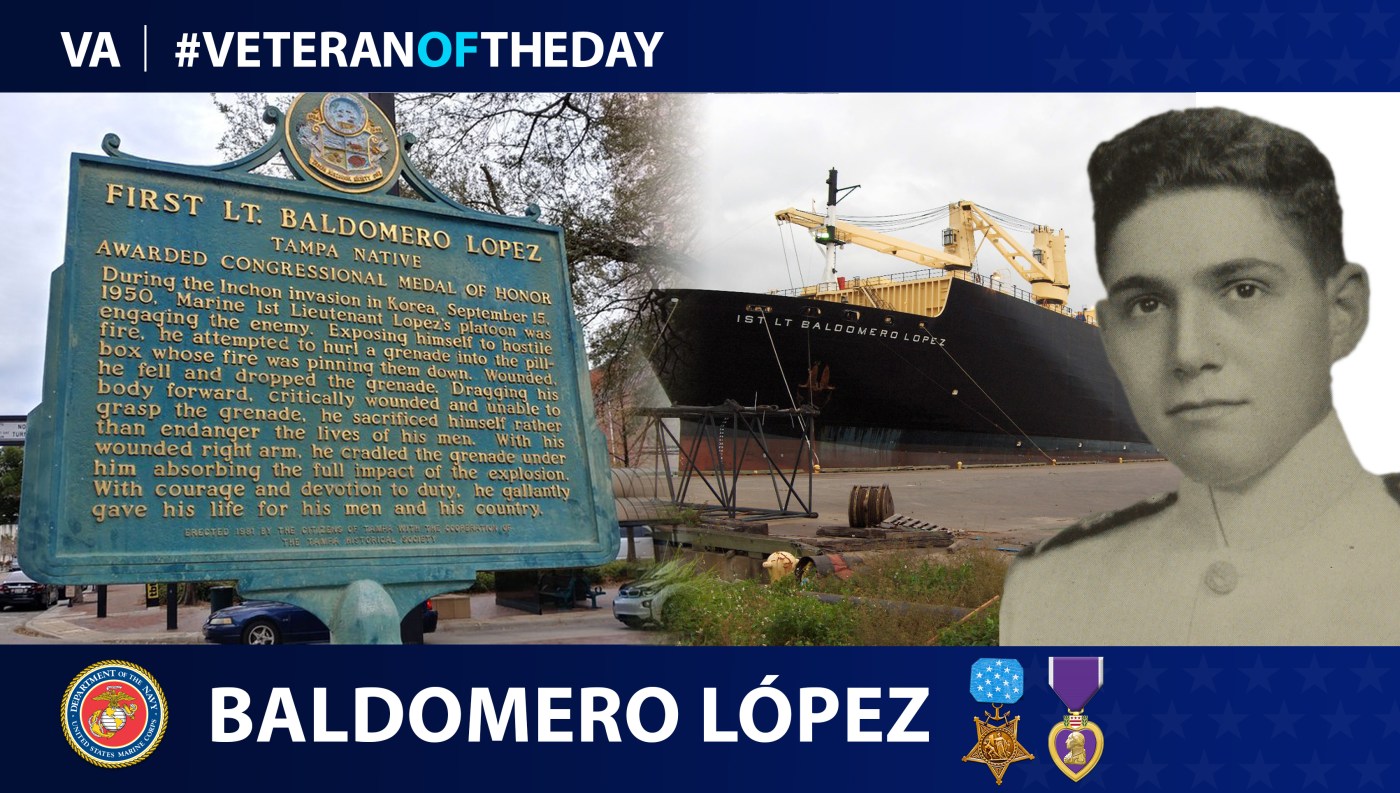 Baldomero López was born in August 1925 in Tampa, Florida, and grew up in Ybor City, just northeast of downtown Tampa. Named after his father, who immigrated to the U.S. from Spain, López attended Hillsborough High School, where he excelled in basketball. He also served as a regimental commander in the school’s Junior ROTC program. After graduating from high school, he enlisted in the Navy on July 8, 1943.

López earned a slot in an accelerated three-year program at the U.S. Naval Academy. He graduated on June 6, 1947, and became a second lieutenant in the Marine Corps. After training at The Basic School in Quantico, Virginia, López became a platoon commander.

During the Korean War, López served in the A Company, 1st Battalion, 5th Marines, 1st Marine Division as a platoon commander. He promoted to first lieutenant on June 16, 1950. On Sept. 15, 1950, during the Battle of Inchon, López was preparing to throw a hand grenade into a North Korean bunker when enemy fire hit him in the chest and shoulder. López could not throw the grenade away. Without hesitation, he tucked the grenade beneath himself, sacrificing his life to protect his platoon from the explosion.

Several structures bear his name, including a state nursing home, a school in Seffner, Florida, a public swimming pool in West Tampa, a U.S. Navy container ship and a state Veterans Memorial in Land O’Lakes, Florida. Room 3021 in Bancroft Hall, a U.S. Naval Academy dormitory, is dedicated to him. In the dormitory, López’s photo and a bronze plaque of his Medal of Honor citation are also on display. He continues to inspire current and future generations of Marines.

López is buried in the Centro Asturiano Memorial Park Cemetery in Tampa, Florida.