Chats with the Chief: VA researcher Dr. Terry Keane talks about his career in PTSD research 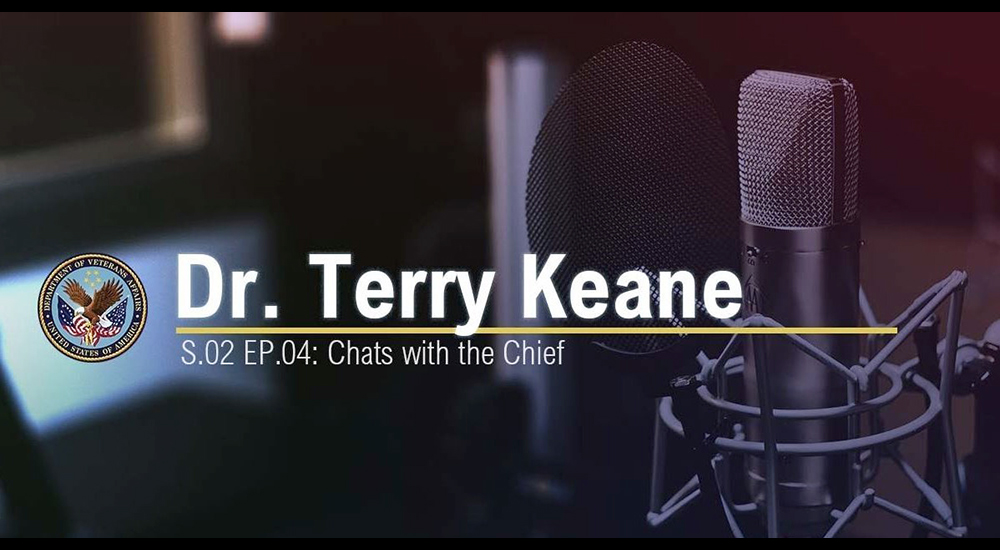 This episode of Chats with the Chief features Dr. Terry Keane, who has been studying PTSD at VA for 44 years. He first noticed the impacts of trauma during his graduate research on substance abuse and alcoholism. As he interviewed patients about their substance use, it became apparent that many shared one thing in common: They had experienced some traumatic event, whether in the military or in their personal lives.

At the time, it was not widely understood that substance abuse was often an attempt at self-medicating.

Shortly after completing his graduate studies, Keane joined VA and began developing a treatment program for Vietnam Veterans struggling with what we now commonly refer to as PTSD. By 1978, he and his team had stood up the first outpatient treatment center for PTSD, the Young Vets Program in Palo Alto, California, even before the term “post-traumatic stress disorder” was officially used in medical circles.

What do Trojan warriors and American Veterans have in common?

In his leisure time these days, Keane is taking up some interesting professional reading – Homer’s Iliad, an epic poem about the Trojan War dating from around 700 B.C. While the term “PTSD” was not commonly used until the 1980s, he notes that Homer’s description of soldiers after their war has a lot of similarities with the experiences of Vietnam War Veterans and post-9/11 Veterans returning with PTSD.

Over the years, Keane and his team have made significant contributions to the field of PTSD research, including diagnosis and treatment. He credits one event with a change in how the public views trauma: September 11, 2001. He says, “The word ‘psychological trauma’ was on everyone’s lips. Everybody was experiencing it. Everybody knew it. And to me, that was a pivotal time.”

Today, VA is the international leader in the field of PTSD. Keane credits this accomplishment to the work he and others at VA have done in training residents and interns to help Veterans with PTSD. He says, “There’s no reason why the public sector can’t be every bit as good as the private sector.”

Keane believes that in many cases, PTSD is not only treatable, but curable.