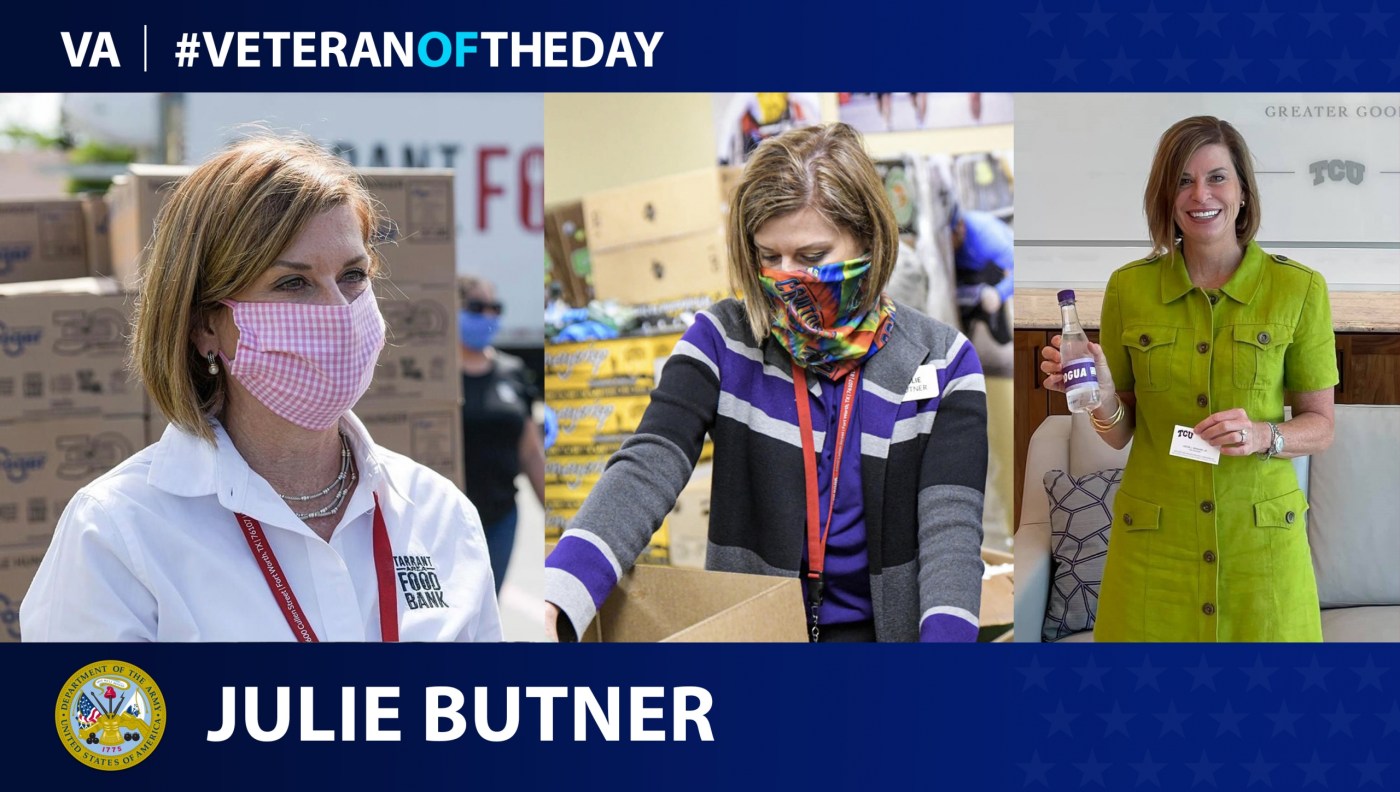 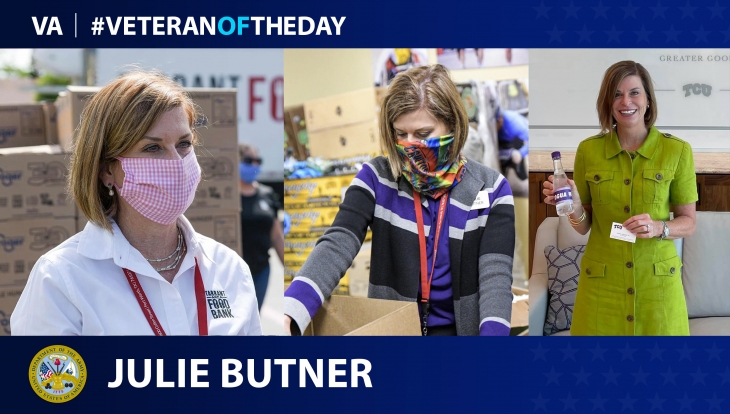 Julie Butner graduated from Texas Christian University (TCU) in 1988 with a degree in nutrition. A member of the Army Reserve Officers’ Training Corps program at TCU, she received her Army Reserve Commission upon graduation and began to serve as a dietitian.

Butner’s first assignment was the 98th General Hospital in Nuremberg, Germany, where she supported the nutrition of soldiers stopping at the hospital between Iraq and home. She served as a civilian dietitian for two years until she converted to active duty to become the supervising commander of her unit. From 1990 to 1992, Butner served as the commander of the nutrition care division at 98th General Hospital. She increased the capacity from 100 to 1,000 in response to the influx of soldiers from Operation Desert Shield and Operation Desert Storm.

In 1992, Butner honorably discharged from the Army Reserve. She began teaching as an adjunct professor at the University of Oklahoma while simultaneously completing a graduate degree in food systems management and working as the Southwest regional director of nutrition for Morris Healthcare.

From 1997 to 2019, Butner served in various executive positions in the private healthcare industry. In 2020, Butner joined the nonprofit sector. She currently serves as the president of the Tarrant Area Food Bank in Fort Worth, Texas.

The Tarrant Area Food Bank serves 13 counties and 600,000 meals per week. When the COVID-19 pandemic began, the food bank began serving one million meals per week.

Butner explained the effect of the pandemic on her role as president of the organization in an interview with TCU Magazine.

“The COVID-19 pandemic has created a crisis environment, and crisis creates disruption,” she said. “We have seen disruption in every industry, from restaurants to retail to logistics to travel. When all of this happened, I did not feel overly burdened by it. I just thought, this is another crisis and we have to sit down and logically plan through what we need to do differently.”

Butner’s military service prepared her to respond to the hunger crisis created by the pandemic.

During her time in the Army, Butner achieved the rank of captain and received several decorations, including a National Defense Service Ribbon, a Kuwait Liberation Medal, a Southwest Asia Service Medal, two Overseas Service Ribbons, an Army Reserve Components Achievement Medal and an Army Service Ribbon.