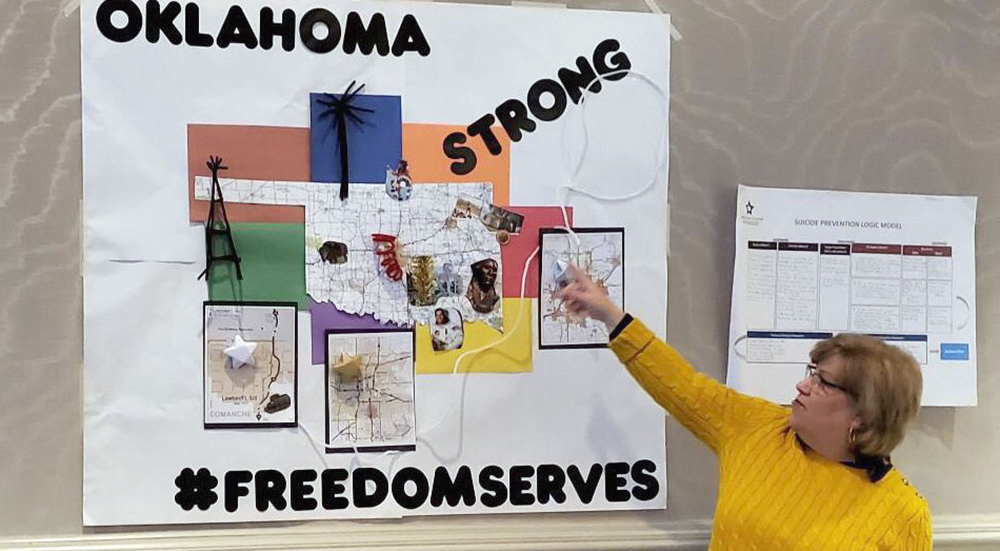 VA has extended a call to action to every U.S. state and territory to join the Governor’s Challenge to Prevent Suicide among Service Members, Veterans, and their Families.

VA and Department of Health and Human Services’ Substance Abuse and Mental Health Services Administration (SAMHSA) have partnered since 2018 to facilitate community and state-level efforts to prevent Veteran suicide, starting with the Mayor’s Challenge.

The Governor’s Challenge advances a public health approach to suicide prevention by bringing together key state leaders to develop strategic action plans focused on Veteran suicide prevention. Governor’s Challenge teams receive support from VA and SAMHSA that includes technical assistance, consultation with subject matter experts, and sharing of best practices and innovations with other teams across the nation.

Both clinically based and community-based interventions

“The heart of the public health approach involves both clinically-based interventions and community-based interventions,” said Dr. Matt Miller, executive director of VA Suicide Prevention. “We know that VA cannot do this alone. We thank all of the states who have partnered with us in the Governor’s Challenge so far and look forward to working with all 50 states and territories in the future.”

The Governor’s Challenge is part of VA’s broader efforts for community-based suicide prevention, alongside the Community Engagement and Partnership Coordinators (CEPC) program and the Together with Veterans program. Together, these programs make up VA’s Community-Based Interventions for Suicide Prevention, which aims to reach Veterans through multiple touchpoints, embracing cross-agency collaborations and community partnerships.

The foundation of the community-based approach and the Governor’s Challenge incorporates elements from the National Strategy for Preventing Veteran Suicide, the Centers for Disease Control and Prevention’s Technical Package for Preventing Suicide, and the President’s Roadmap to Empower Veterans and End a National Tragedy of Suicide.

Together, this alignment of efforts is a force multiplier in reaching Veterans in the community. VA looks forward to partnering with the remaining states and territories in this life-saving work to advance the mission of Veteran suicide prevention.

More information about the Governor’s Challenge and participating states and communities can be found online here.