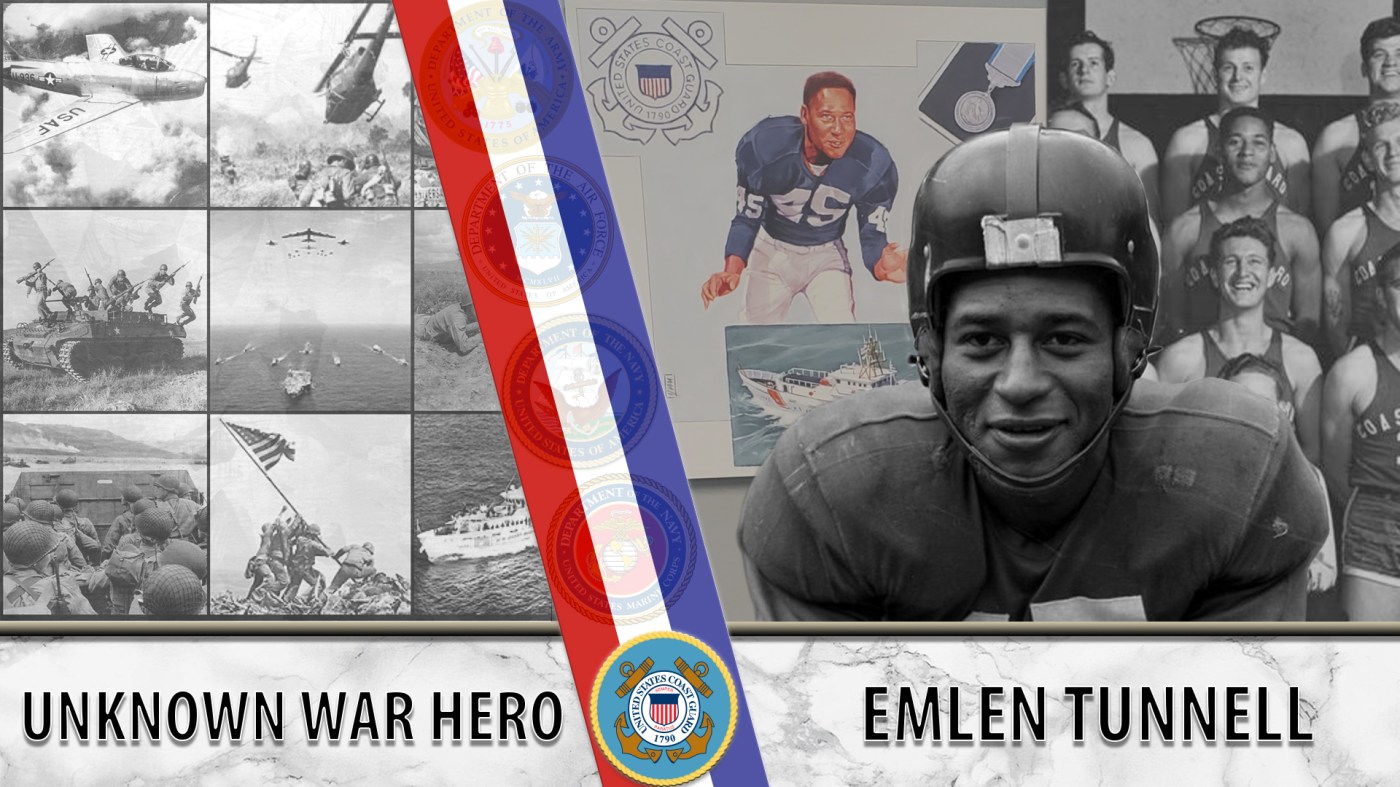 Emlen Tunnell was a talented and accomplished football player. Beginning in the 1940s, he played in the NFL for 14 years. However, until a chance discovery in 2008, little was known about his service during World War II.

Tunnell excelled in most sports he played growing up. In high school, it was not clear which sport he would focus on: football, basketball or baseball. After graduating in 1942, he attended the University of Toledo on a football scholarship.

During his freshman year, Tunnell fractured his neck in a game. He woke up in the hospital and found a priest administering the last rites. The doctors told Tunnell he would never play football again. When Tunnell recovered, he joined the basketball team instead.

Tunnell finished his freshman year in the spring of 1943 and wanted to serve his country. He tried to enlist, but both the Army and Navy rejected him due to his neck injury. Without being discouraged, he tried the Coast Guard. This time, he was accepted and became a steward’s mate. It would be another five years before President Truman’s executive order to integrate the military would pass. This meant Tunnell’s responsibilities were largely confined to washing dishes and cleaning.

Tunnell was assigned to USS Etamin. On the evening of April 27, 1944, the Etamin was in the South Pacific and docked at an island off Papua New Guinea, when she was hit with a Japanese torpedo. Due to a fuel spill, a fire broke out. A shipmate was engulfed in flames and Tunnell, with nothing but his bare hands, put out the fire to save the man’s life. Unfortunately, Tunnell incurred burns.

Two years later, on March 17, 1946, Tunnell was assigned to Coast Guard Cutter Tampa, which was docked in Newfoundland. A shipmate fell into the frigid Canadian waters; Tunnell jumped in. After 20 minutes in the water, Tunnell saved the shipmate. This was observed by the commanding officer who then recommended Tunnell for the Silver Lifesaving Medal. It was unusual at this time for African Americans to receive this type of recognition. The honor was not contemporaneously awarded.

While serving, he played on the Coast Guard’s football and basketball teams, and left service in 1946. He started that same year at the University of Iowa where he was offered a football scholarship. After two years, he left Iowa. Tunnell then hitchhiked to New York with just a $1.50 in his pocket and the goal of asking the New York Giants for a tryout. A man who drove a banana truck picked him up. The Giants knew nothing of Tunnell’s college record but gave him a tryout. After offering Tunnell a contract as a defensive back, he became the first African American player the Giants hired. When he first took the field, fans yelled for him to go home; he stayed for 11 years. He then played for the Green Bay Packers for another three years.

After he retired as a player, Tunnell worked for the Giants as a scout and was the first African American full-time assistant coach in the NFL. In 1967, he became the first African American inducted into the Pro Football Hall of Fame and the first player selected based solely on his defensive contributions. In his acceptance speech, Tunnell thanked his teammates, family, the owners of the Giants and the truck driver who gave him that ride back in 1948.

It is only by chance that his military service has become known. This happened in 2008 when Coast Guard Cmdr. Bill McKinstry recognized Tunnell’s name from the back of a 1940s Coast Guard basketball team photo.

As a result of McKinstry’s discovery, Tunnell began to be recognized for his service decades after his death in 1975. In 2011, he was posthumously awarded the Silver Lifesaving Medal. Later, the Coast Guard named a cutter and the academy’s strength and conditioning center after him. Radnor, Pennsylvania, the town where he went to high school, erected a bronze statue of Tunnell and named a park in his honor.