A Vietnam Veteran’s search for the Corpsman who saved his life, pt.1 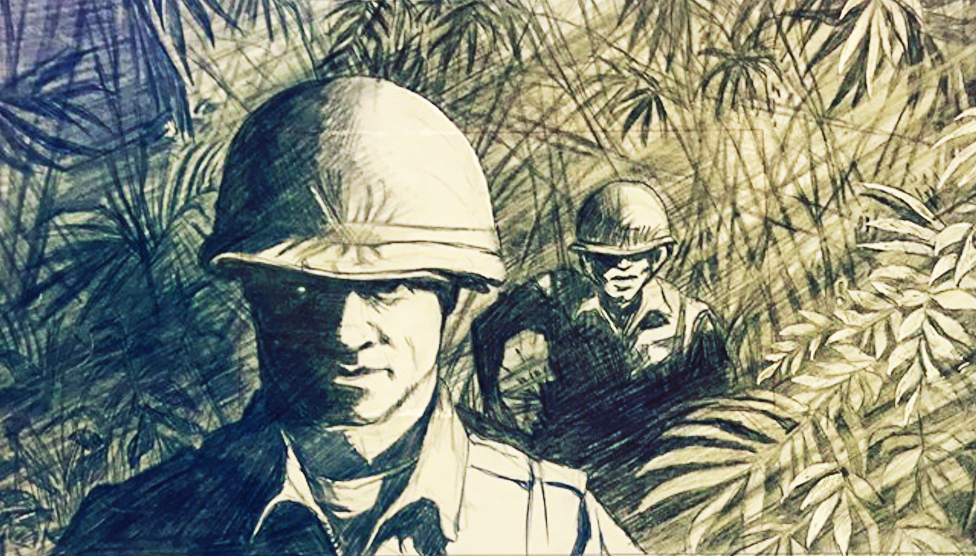 A sick Marine Corps Veteran reached out to VA’s Veterans Experience Office in 2019 to help him find the Navy Corpsman buddy who saved his life in Vietnam. This is part one of a three-part story, and it contains vivid and emotionally triggering memories of combat.

Bill Mulcrevy had just dug in. He and 23 others from Mike Co., 3rd Battalion, 5th Marine Regiment (3/5) – including close friends Jim Johnson and Navy Corpsman Gregory Williams – were the first wave for Operation Hastings, a multi-force task force to push the PAVN 90th Regiment back across the DMZ and prevent it from taking over Quang Tri Province. 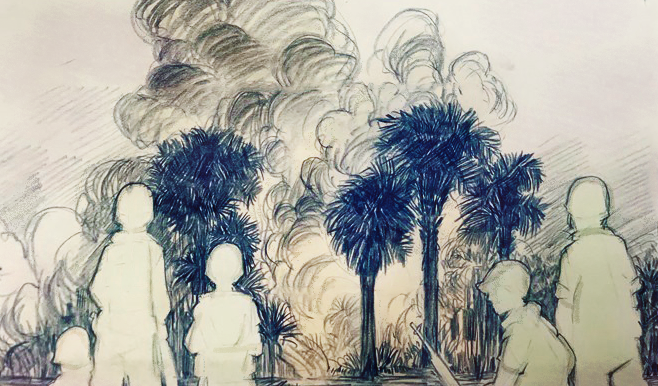 First wave and the burning sky.

A company-sized element of PAVN troops ambushed the LZ. They downed the four incoming helicopters delivering 3/5’s second wave. Mike Co.’s first platoon leader got on the radio and learned that other task force elements wouldn’t get there in time, that 3/5 wasn’t going to send further reinforcements until first wave could remove the threat.

First wave was on its own.

Under attack, Mike Co. defended its position while the lieutenant called for fire. Johnson, Mulcrevy and a small squad assaulted a PAVN machine gun nest. They found a heavy, tripod-mounted 51-calibre machine gun, shot the operator, and – lacking thermite grenades to disable the weapon – knocked it over.

The lieutenant directed and watched as an F-4 delivered two 500-pound bombs, taking out several 12.7mm machine guns just 50 meters from their position.

On the ground, in the counterattack, Johnson took two rounds to the throat.

Mulcrevy is lost in thought. He’s a statue, eyes frozen. In his mind, it’s 1966, back in the valley where Gregory Williams performed an emergency tracheotomy on Jim Johnson.

When Mulcrevy comes to, he apologizes and says that, “It’s not easy remembering this stuff.”

But he knows he’ll never forget this stuff. He won’t forget the bullets overhead, the dirt exploding around them, or the calm, methodic way in which Doc Williams went about saving Johnson’s life.

All of it was chaos – all of it except Williams.

Three weeks after Operation Hastings, while Johnson was recovering aboard the USS Repose, Mike Co. was patrolling a series of villages near Tam Quang for Operation Colorado when it came under sniper fire. In reaction to the fire, the Marines ran straight into an NVA ambush. 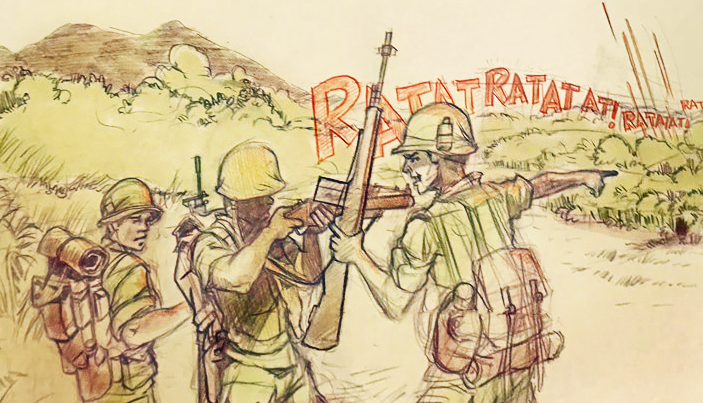 Operation Colorado, and running into an ambush.

In the ensuing chaos, Mulcrevy sustained four rounds to his leg. One bullet hit his grenade pouch, sending shrapnel into his upper thigh.

In a cloud of dust, Williams found his friend and knelt by his side to treat his wounds. As with his actions during Operation Hastings, he gave no regard or concern for his own personal safety or the bullets flying past.

The preternaturally calm Williams used all his strength to apply a tourniquet to Mulcrevy’s arterial bleed, and then pressure dressings to his other wounds.

“Well, Gregory, what do you think?” Mulcrevy asked him.

“Bill,” he replied, “I think the Olympics are out.”

On the battlefield, under attack, with rounds spitting up around them, the two friends laughed together for the last time.

Each night for decades, Mulcrevy has lived with the internal chaos of these memories. Those same firefights, over and over. The horror of Johnson’s injury, over and over. His own arterial bleeding and Williams loading him onto the MEDEVAC, over and over. He used to drink a gallon of coffee at night because he didn’t want to go to sleep.

He didn’t want to go back to Vietnam.

As age and other health issues have caught up to Bill Mulcrevy, now 72 [This story was written in 2020], he’s spent a whole second lifetime reliving the defining moments of his young adult life. And those moments have led to a gnawing realization: this never-ending movie doesn’t have a natural ending.

He wondered, Whatever happened to his friend, Gregory Williams?

By Jason Davis is the managing editor for Vantage Point and an Army Veteran. Nicholas Crawford is a graphic designer for the Veterans Benefits Administration.