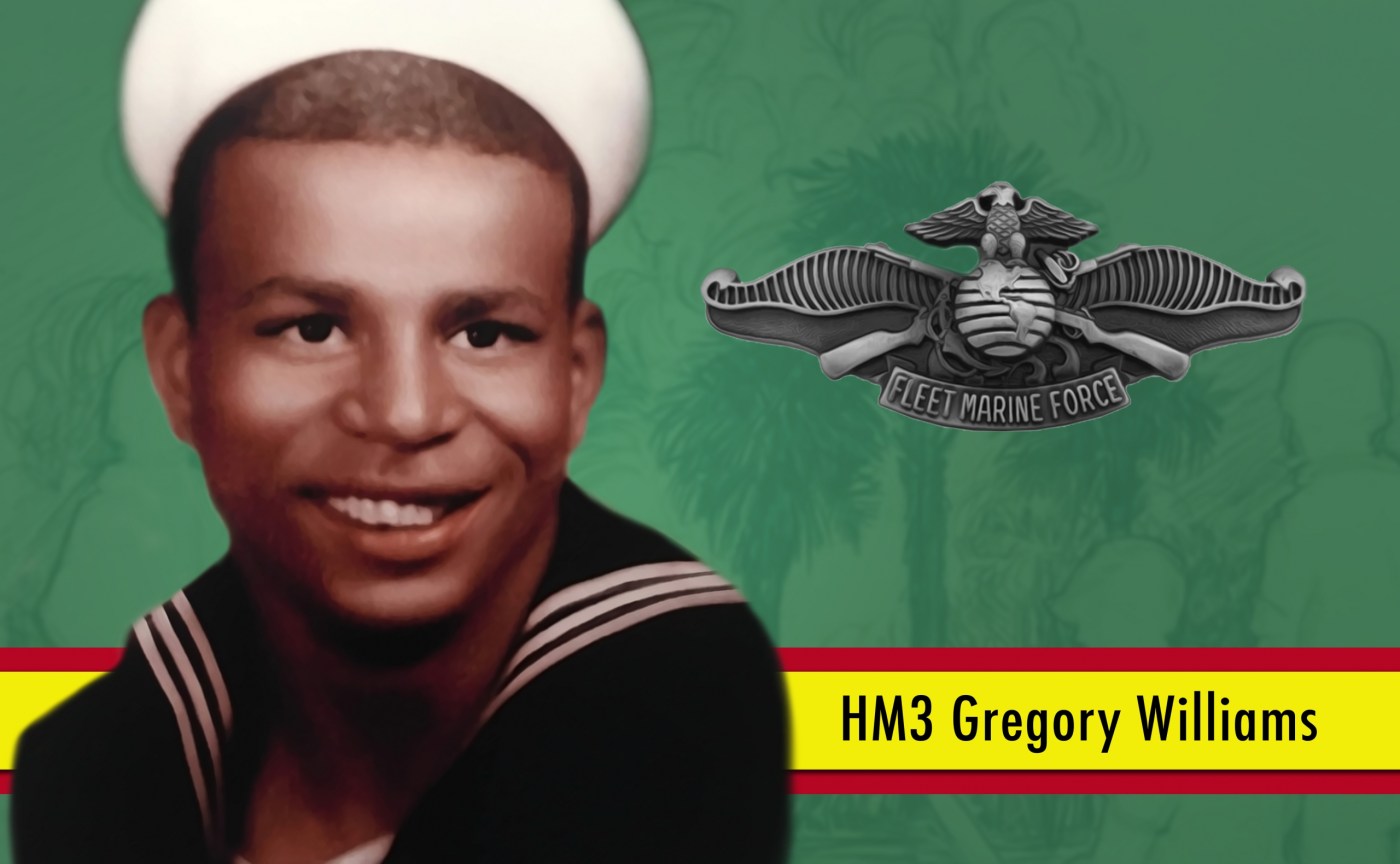 Marine Corps Veteran Bill Mulcrevy faced a long recovery from his injuries in Vietnam. After Navy Corpsman Gregory Williams loaded him onto the MEDEVAC that day in 1966, Mulcrevy was transferred to various hospitals throughout Vietnam before eventually completing physical therapy in San Francisco 18 months later.

Upon discharge, the Veteran spent time at home with his father, a World War II Veteran. After a few odd jobs, he eventually went back to school, graduated, and miraculously started a 36-year career with the California Highway Patrol and various local law enforcement agencies.

Mulcrevy spent decades fruitlessly searching for the buddy who had saved his life in Vietnam. In 2019, he and several state and national partners turned to VA for help.

The first big break came via email. It needed only five words and six syllables to punctuate the gasp from all who read it.

“We have had a breakthrough!”

Attached to the bottom of the email was a color portrait of a Black man in his Navy dress blues uniform. The photo’s shallow depth of field highlights dark eyes and a warm, hearty smile framed beneath a white halo.

“Would you be able to let us know,” the sender asked, “if positive or negative identification is possible by Mr. Mulcrevy?”

Mulcrevy worked with Keyes during a 20-year career at the CHP after leaving the Marine Corps, and Winnefeld connected everyone to the director at VA’s Veterans Experience Office (VEO).

VEO is the office that sends out the weekly #VetResources newsletter, and it’s the office that implements customer service solutions and tools to improve Veterans’ experiences with VA. That mission often involves work with a vast number of government agencies, public and private and non-profit groups, Veterans Service Organizations, innovators and influencers, and more.

Within days, VEO had spread its net, contacting the Social Security Administration and the Vietnam Veterans of America. But the search ramped up when VEO enlisted Brian Foster at Together We Served (TWS), a Veterans online community known for its robust records search and Veteran Locator tool.

“Together We Served needs your help in fulfilling the wish of a dying Marine who served in the 1st Platoon, Mike Co, 3rd Battalion, 5th Marines in Vietnam in 1966. On Aug 12, 1966 he was seriously wounded in Tam Ky.

His wish is that we help him find the Navy Corpsman who saved his life that day so he can thank him. The Corpsman’s name is Gregory Williams.

If you have any recollections of this Corpsman or you might know how we could get in touch with him, please let us know by sending us an email to admin@togetherweserved.com.

Based on previously successful cases, Foster and Craft at TWS were hopeful.

Within days, the various Facebook posts exploded with engagement, but none had produced any new information.

“We have talked to everyone we know in Mike 3/5,” Foster replied via email. “Several remember Williams and were with him in combat. They don’t know the Corpsman now.”

On Sept. 6, BUMED’s Sobocinski expanded his records search. “There is a possibility Gregory Williams may not be still alive so we will be pursuing death records and obituaries,” he wrote.

The last big break came via email on Sept. 13. Just three hours and 19 minutes after Sobocinski’s previous email, the search had come to an end. “We think we may have found Doc Williams,” he wrote.