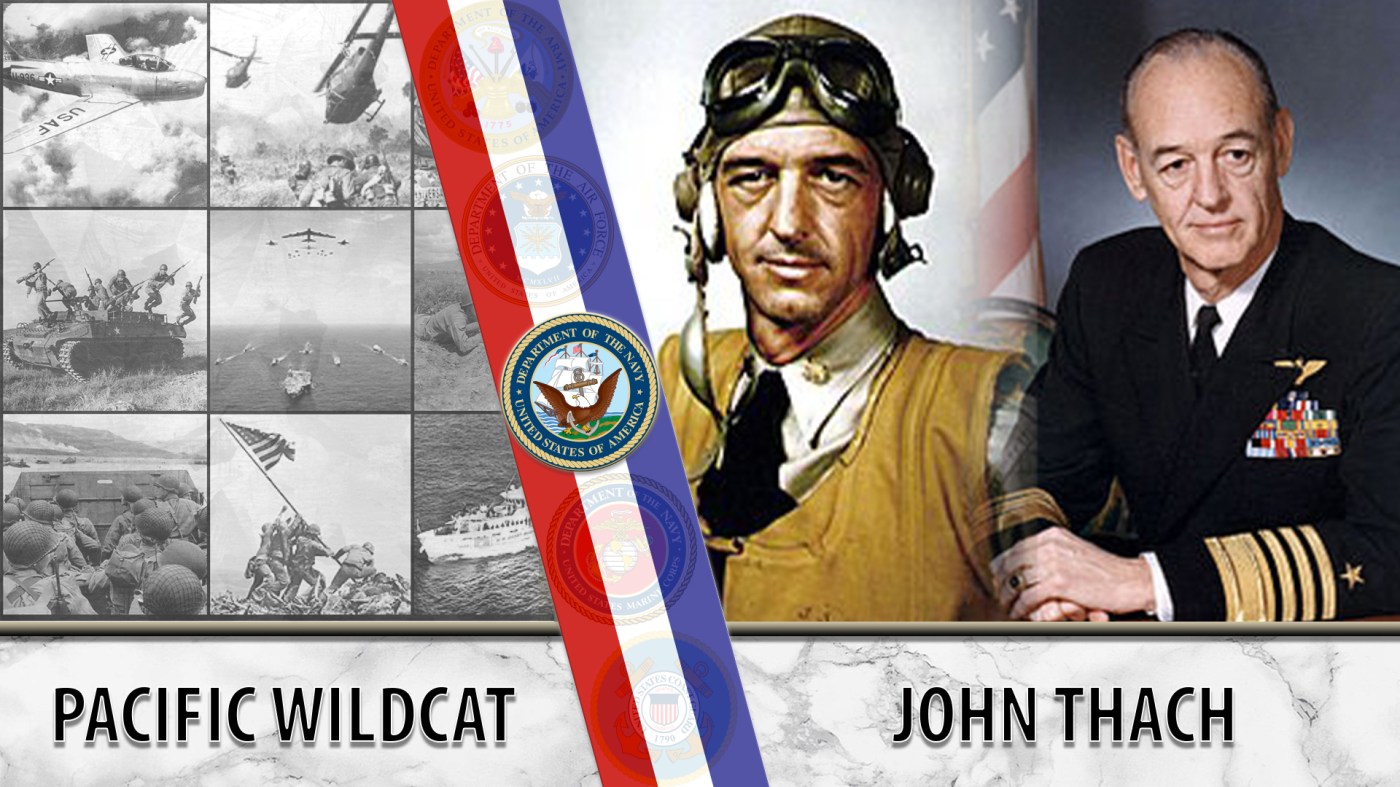 Many United States service members go above and beyond the call of duty. To prepare for certain situations, each member requires a mentor who can prepare them. Navy Veteran John Thach was a mentor to his fellow sailors, and he also came up with naval tactics that fundamentally changed how World War II was fought in the Pacific Theater.

Thach was born in Pine Bluff, Arkansas. One of the many things his father taught him at an early age was the meaning of human association and how in an organization, regardless of how many people it is made up of or their position, everyone needs to pull their own weight. Thach acquired a sense of hard work and responsibility from his father that transferred to his days in the Navy. He was the not the first of his family to join the Navy; his brother (James Jr.) joined before him.

Thach graduated from the United States Naval Academy in 1927. He followed a traditional career path for a Navy man and served on battleships because aircraft-carriers at the time were still a relatively new concept. For the first two years of his extensive career, he served on the USS Mississippi and USS California before transferring to aviation in 1929. His first interaction with an aircraft was with a barnstormer who needed Thach’s assistance in repairing his damaged aircraft. Thach was surprised at how easy it was for the barnstormer to repair his aircraft with just a couple of willow tree branches, fabric and glue, having the aircraft back to flying capability within an hour.

Thach acquired his naval aviator wings a year after changing career paths. He spent the next decade as flight instructor, test pilot and gunnery expert. One his famous moments during that period was flying an experimental aircraft, the XP2H-1 seaplane, from Norfolk, Virginia, to Panama in under 26 hours. Thach enjoyed testing out newer and experimental aircraft because it allowed him to keep up with new tactics and always remain prepared.

One such example of this preparation and creative ingenuity came in the creation of the maneuver that would later be dubbed the “Thach Weave,” by James Flatley (the co-creator of the tactic). Thach explained in an interview that when he was a gunnery officer in 1939, the Navy received an intelligence report from China that the Japanese had created a new fighter craft. Thach looked at the report and immediately thought that a Chinese pilot must have written this report as it read and sounded something a pilot would write. Thach was worried, as he believed there was going to be another war, and if the report was true, then none of the Navy’s aircraft would be capable of going up against this aircraft named the “Zero.”

For several years, Thach trained, practiced and studied ways to combat the Zero fighter. He would take matches and line them up on his desk, attempting to find a way. He even did practice runs with his squadron, but he felt he was missing something. In June 1942, Thach developed his maneuver and flew defensively for the first time during the Battle of Midway, which proved to be the most effective method to counter the Zero.

Thach was pulled from combat after Midway, as were most of the best World War II aviators because the Navy deemed them irreplaceable. For the remainder of the war, he would flight test new aircraft, train new pilots and come up with more strategies for the Navy.

During the Korean War, Thach commanded both USS Sicily and USS Franklin D. Roosevelt from 1953 to 1954. He was promoted to rear admiral in 1995. Thach’s career lasted 40 years until his retirement in 1967. He attained a final rank of admiral. During his four decades of service, he was awarded two Navy Crosses, two Navy Distinguished Service Medals, a Silver Star, two Legions of Merit and a Bronze Star.