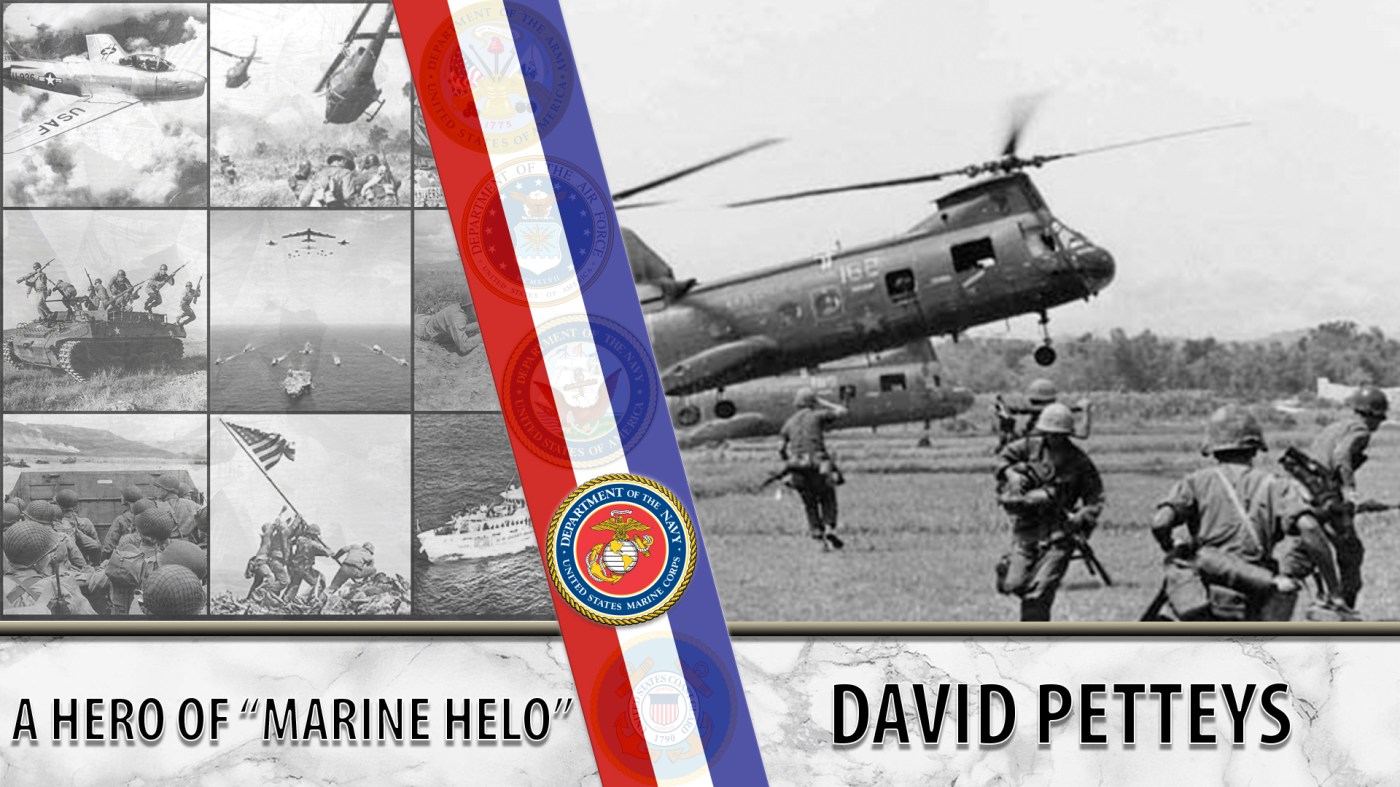 Marine Corps Veteran David Petteys grew up during WWII and served in the Vietnam War. His exceptional flying skills led to an incredible rescue.

David Manville Petteys is a Veteran who served as a captain in the U.S. Marine Corps in the 1st Marine Aircraft Wing Division during the Vietnam War. He has been on non-active duty for 53 years.

Growing up against the backdrop of World War II, Petteys’ family moved around frequently, including to Michigan, California and Arizona. His childhood was spent on different military bases where his father was a weather instructor and would influence his interest in aircraft.

Petteys attended high school in Berkeley, California. In October 1961, he signed up for the officer candidate school while attending the University of California at Berkeley. In 1962, Petteys graduated and shipped off to basic training in Virginia. Commissioned in December of the same year, he traveled to Pensacola, Florida, and received flight training there for a year and a half. The training in the flight school was challenging, given the precision and discipline each flying practice required. Petteys  received his helicopter wings in June 1964.

In August 1966, Petteys deployed to Vietnam. His first stop was in Ky Ha, a Marine helicopter military base located South of Da Nang. Serving as a Marine helicopter pilot, Petteys facilitated the primary interaction with the troops on the ground. His first mission was performing troop lifts. He would deposit 12-14 Marines in various locations and operations. After transport, he would begin a second daily mission by resupplying food, water, ration and ammunition. Petteys’ third duty included evacuating the wounded, loading medic bags and flying wounded troops back to headquarters in Phu Bai, Da Nang and Ky Ha, the three main military bases in Southern Vietnam.

Petteys’ fourth mission was extracting reconnaissance teams. Although the U.S. wished to establish a good relationship with the Southern Vietnamese ally by intelligence sharing, this action compromised security and challenged Petteys’ task. The sympathizers of the Viet Cong and North Vietnamese Army from within took advantage of the information and consequently sabotaged the operations. Petteys described the successful ones were often those where information sharing with Southern Vietnamese was delayed and the enemy was not alerted to escape beforehand.

Petteys’ duties sometimes contained danger. Once on his resupply mission, he was in contact with the enemy controlling the ground who opened motor fire as soon as the helicopter landed. Because of the risk, Petteys and his team needed to complete the missions quickly before the enemy had the chance to drop mortars in the landing zone.

On June 30, 1967, Petteys was on a mission to rescue survivors and secure the crash site of a downed CH-46A helicopter. Because of the dense jungle and rugged terrain, Petteys, launching aboard another CH-46A helicopter as flight leader of nine aircraft, was forced to debark from the site. Realizing it would take over an hour for the Marine to reach the downed helicopter, Petteys volunteered to extract the survivors. This action risked the exposure of his own aircraft to the enemy located about 150 meters from the extraction point. Petteys maintained steadily above the zone for more than 30 minutes until all seven survivors were successfully saved and assisted aboard his helicopter. Just when he attempted to leave the site, his aircraft was attacked by the enemy. However, Petteys skillfully flew his aircraft through the intense fire and safely departed the area. For his exemplary initiative and courage demonstrated in this rescue mission, Petteys was awarded a Silver Star.

After his service, Petteys wrote a book called “Marine Helo” to record the helicopter war in Vietnam with the Marine Corps. He’ll never forget his years of service. “Combat experience is nothing like anything else you could ever do,” he said.