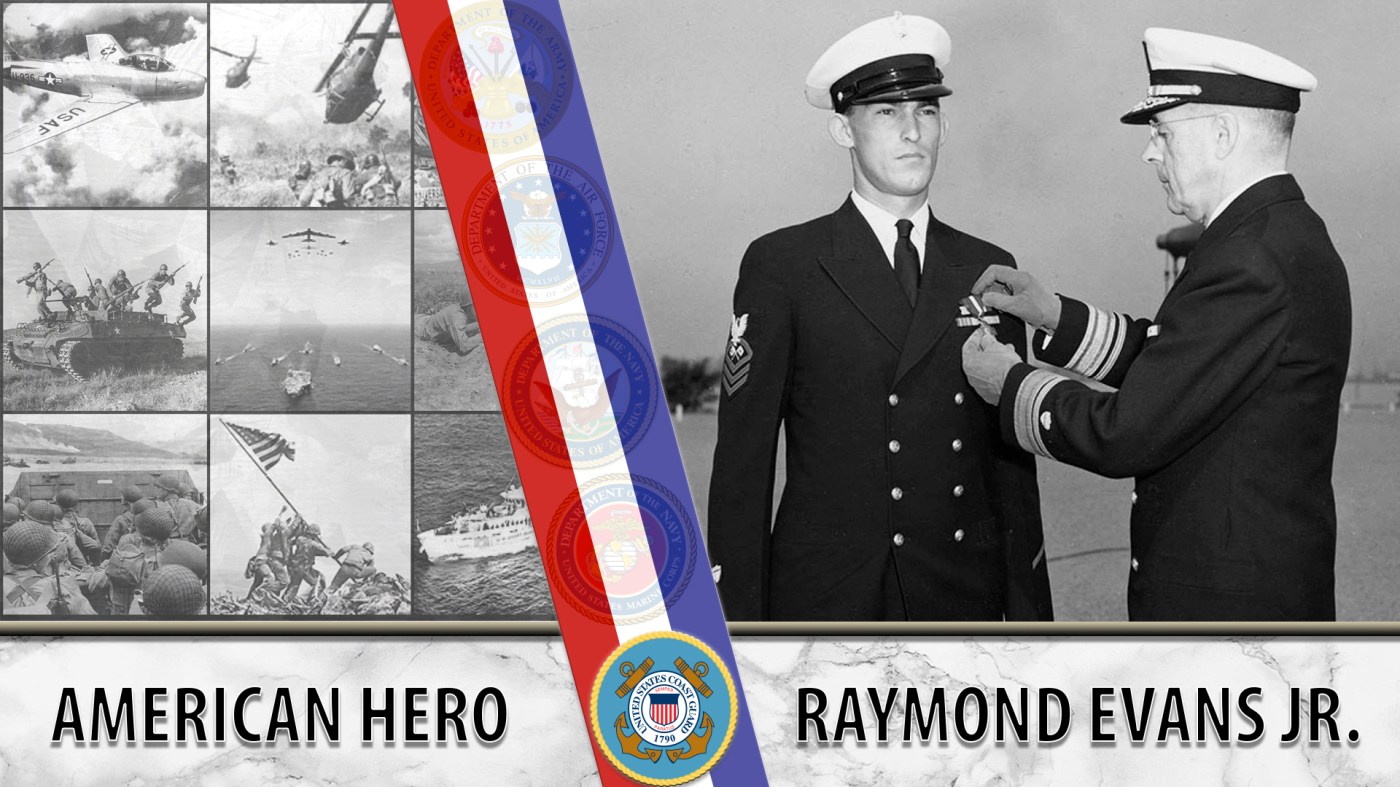 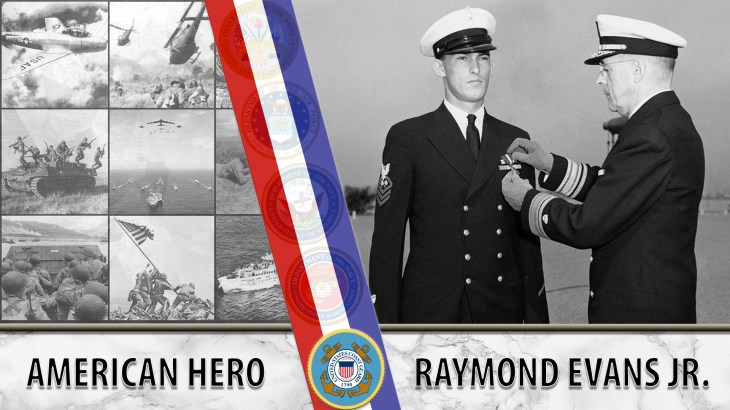 Cmdr. Raymond J. Evans served at Guadalcanal during World War II. He was close friends with Douglas Munro, the Coast Guard’s only Medal of Honor recipient.

After graduating high school during the Great Depression, Raymond J. Evans faced bleak job prospects in his hometown of Bellingham, Washington. When he moved to the outskirts of Seattle in search of work, he learned that the Coast Guard was recruiting for the first time in years. That’s where he met Douglas Munro, a future Medal of Honor recipient who was raised near his hometown. The two soon became great friends during training, and their inseparable nature earned them the nickname “The Gold Dust Twins.”

Both Evans and Munro were trained as signalmen, and they were first assigned to the Coast Guard Cutter (CGC) Spencer. They sailed aboard the Spencer to New York, where they transferred to the assault transport craft USS Hunter Ligget. Evans practiced amphibious assaults extensively with Marines off the coast of North Carolina. Following the attack on Pearl Harbor, he deployed to the Pacific Theater along with USS Hunter Ligget.

After arriving in the Pacific and completing additional training, Evans and Munro were sent to Guadalcanal as part of the attempt to seize the island from Japanese forces. The two friends deployed to Naval Operating Base, codenamed CACTUS, at Lunga Point, where Evans worked signals in addition to transporting Marine reconnaissance teams around the island. To avoid living in tents for an extended time, they constructed a hut from old supply crates that leaned against their signal tower. The harsh conditions made the two even more inseparable.

In September 1942, Evans helped transport a battalion of Marines behind Japanese lines during the Second Battle of Matanikau. While the landing craft avoided detection for most of the journey, the plan fell apart as they approached the beach. An uncharted coral reef forced a late change of direction, and Japanese forces spotted the Marines as they made their landing. The Marines came under heavy fire, and the commanding officer of the operation was killed immediately after reaching the beach. Evans tried to stay behind to evacuate the wounded, but his ship was raked by machine gun fire, which killed his crewmate and forced him to return to Lunga.

After returning to base, Evans was informed that the Marine battalion was surrounded and needed immediate rescue. Munro volunteered to lead the operation and joined Evans in a new boat. The Gold Dust Twins sped back to the landing site along with a small rescue force.

As the rescue craft approached shore, the Marines again came under withering fire as they ran for the boats. Without hesitation, Evans and Munro piloted their ship between the Marines and the Japanese positions to draw fire away from the retreating men. Both were wounded as they used the ship’s weapons to suppress the Japanese defenders and waited for the Marines to be evacuated. Just before they turned to withdraw, Munro was mortally wounded and died in Evan’s arms. Evans managed to pilot the badly damaged ship back to Lunga on his own.

The brave actions of the Gold Dust Twins were credited with saving hundreds of lives. Evans received the Navy Cross for his role in the rescue operations, and Munro was awarded the Medal of Honor. While Evans was recovering aboard USS Enterprise, Adm. William Halsey gave him a field promotion to chief signalman. This was soon followed by a Coast Guard commission to ensign in 1943. He served aboard the transport USS Adm. Capps for the rest of the war and remained in the Coast Guard until he retired in 1962 at the rank of commander.

When asked in an interview with the Coast Guard Historian’s Office about his actions at Guadalcanal, Evans replied, “We just did a job… That’s what the Coast Guard does. We do what we’re asked to do.”