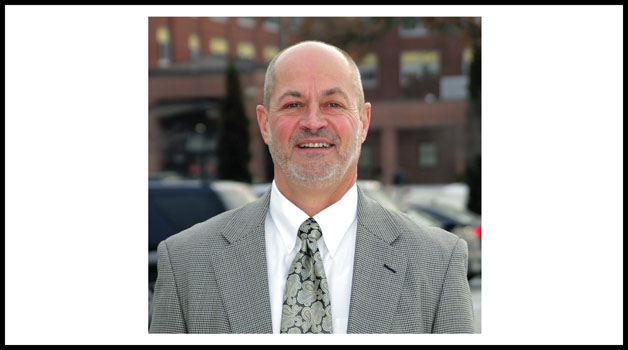 There’s been a lot of talk about the GI Bill and its upcoming changes around my office.  What I know about the GI Bill is all second or third hand from Veterans who have used it or from what I must know for situational awareness.  By all the accounts, it seems like a  great program and I’m always pumped to hear success stories.

One story was the recent award to Jeffrey Heiger, who was recognized as the Veteran’s Health Administration’s Chief Engineer of the Year.  I spoke with Mr. Heiger a few weeks ago and he recounted, with pride, his service in the Navy in Vietnam, the success he enjoys as result of the GI Bill and the thrill of working hard for his brothers and sisters in arms every day.

Mr. Heiger served in the Navy from 1969-1973, when he worked in aviation electronics and  also as a member of two  helicopter squadrons in Vietnam.  Mr. Heiger said he doesn’t dwell on his experiences during the war.  He does recount that, even after an honorable discharge, there was no fanfare, no welcome home party—something he is painfully aware that other Vietnam Veterans can relate with.

After what probably felt like a disappointing homecoming, Jeffrey set his sights on college.  He used the GI Bill and worked full time during the day and took night classes at his local community college.  He inquired about transferring to a four year university and was told that it probably wouldn’t happen:  Veterans historically didn’t succeed at that school.  He’d have to continue at community college.

Not satisfied with that answer, he applied anyway and was accepted to the rigorous engineering program, utilizing the same hard work ethic he developed in the Navy.  After a few years of hard work, he graduated among the top half of his class and found a job shortly afterward. Before long, VA (then the Veterans Administration) noticed his exceptional skills and reached out to him with a position in 1983 at the Baltimore Medical Center.

Jeffrey was thrilled.  He couldn’t wait to join VA, especially since he’d be working for fellow Veterans.

As an engineer, Mr. Heiger has worked for VA facilities in Baltimore, Martinsburg, Pittsburgh and most recently Butler.  This May, Jeffrey will celebrate three years as the Chief Engineer at the Butler satellite outpatient clinic, where he was recognized as the Chief Engineer of the Year.

Mr. Heiger is responsible for oversight of construction-related projects in Butler that improve the infrastructure, maintenance and quality of care that Veterans experience there.   Specifically, Jeffrey is very proud of the Minor Improvement Program which, among other things, updates and improves the community living center—VA’s version of assisted living for elderly Veterans.  Also included in the Minor Improvement Program is the domiciliary, which provides a place for Veterans getting back on their feet after being homeless, or through other types of rehabilitative treatment.  It will be a safe place–constructed like a tight knit community—where Veterans can lean on each other, and VA staff, for the reintegration support they need.

Jeffrey also oversees maintenance that makes internal systems work safely and efficiently, allowing other VA employees to care for Veterans—and to make sure that Veterans and their families are comfortable when receiving care in Butler.  Projects like heating and air-conditioning maintenance, road improvement and elevator updates are all part of the infrastructure Mr. Heiger oversees.

After happily extolling the benefits of his various projects, I asked Mr. Heiger what he would want Veterans readers to know.

“I came back from two tours [in Vietnam] in four years and had a bad taste in my mouth.  I was given the opportunity to work for and with Veterans…which has been very satisfying.  It’s helped me find pride [in my service] a little at a time.”

Mr. Heiger also reminded me that his greatest achievement (besides his beautiful family) was provided by VA—his education.  But VA didn’t supply the hard work he did.

“[Some Veterans] are dealt a bad hand and have earned every minute of dissatisfaction, but working for something especially involving other Vets will help rekindle their pride.”