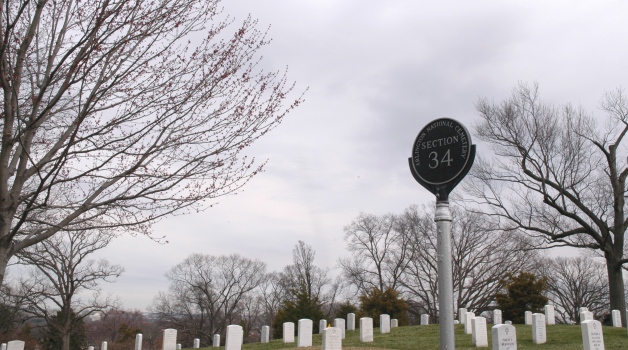 It had been years since I lasted visited a national cemetery. But on March 15, I watched as Frank Buckles was laid to rest in a sea of white headstones at Arlington. His coffin was slowly lowered into its final resting place as America paid its respects to the last known World War I Veteran. Snapping photos at Section 34, I reflected on the tough year Arlington has recently faced.

It’s no secret that in June 2010, Arlington faced several challenges after a Department of Defense Inspector General investigation revealed that the 624-acre cemetery had been mismanaged, leading to mislabeled gravesites and mislaid remains. The thought that Veterans buried in “our nation’s most sacred shrine” had been treated any less than honorable stunned, I think, all of us. What many people don’t know, however, is that in the wake of the investigation, the Department of the Army has begun to turn Arlington around with the help of VA.

Secretary of the Army John McHugh has emplaced a new management team. The team is jointly led by Kathryn A. Condon, as executive director of Army National Cemeteries Program, and Patrick Hallinan, as acting cemetery superintendent, who was detailed from the Department of Veterans Affairs. Recently, the new senior management team at Arlington was completed when the Department of the Army named James Gemmell as the Deputy Superintendent of the cemetery. Before his appointment, Gemmell was the director of Fort Snelling National Cemetery, the third largest cemetery in NCA. Since the mid 1980’s, he’s worked for NCA as a caretaker, maintenance work leader, and a master mason, moving his way up in the ranks to the point where he was responsible for developing NCA’s trainee program.

One of the biggest criticisms of Arlington was that they still used paper records to identify gravesites.  But the new team has begun to digitize 146 years’ worth of burial records. Arlington now photographs the front and back of each grave. This allows the cemetery to compare headstones with paper records. Arlington also uses a modified version of the Burial Operations Support System (BOSS), a system VA’s National Cemetery Administration has been using since 1994 to manage day-to-day operations. With this system in place, it automatically allows the cemetery to schedule burials, assign burial location, and order a headstone or marker.

In addition to the adoption and development of new technology, Arlington will begin to send employees to the Department of Veterans Affairs NCA National Training Center. The center focuses on director and groundskeeper training, proper use of equipment, and daily cemetery maintenance.

Mike Nacincik, Chief of Communications and Outreach Support Division for NCA, is eager to see VA and the Army work together to ensure success at the cemetery.

“We are pleased to be working on numerous levels and engaging with Arlington,” said Nacincik.

With VA and Department of the Army working to bring Arlington into the 21st century, I snapped my last photograph on March 15 convinced Arlington was moving in the right direction.