Build on VA’s history of achievement in prosthetics for Veterans 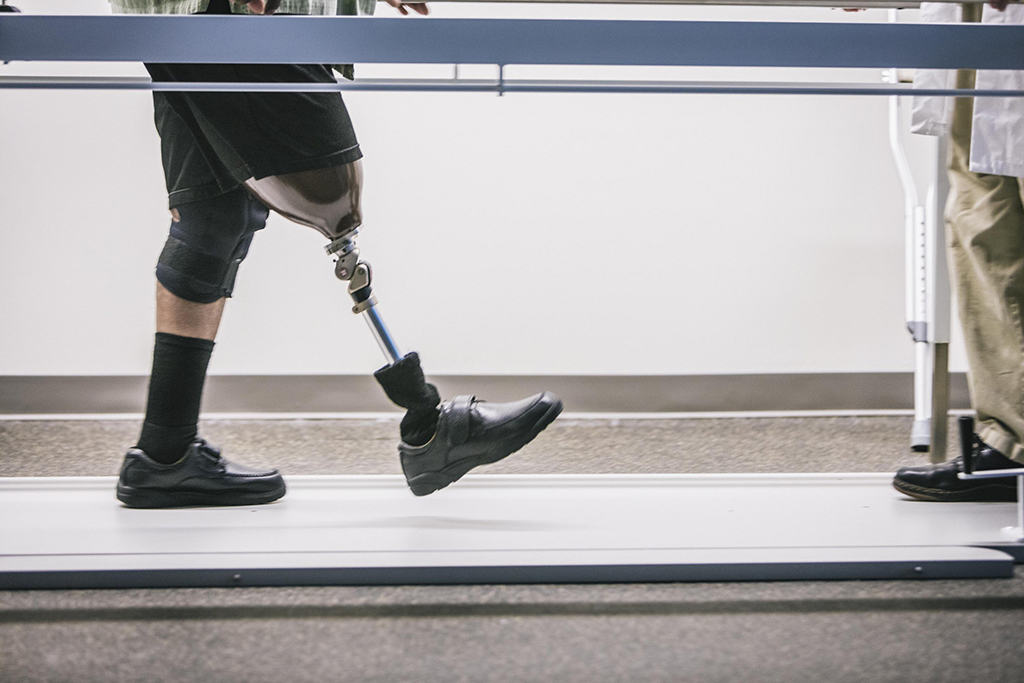 In 1947, VA introduced the first mobility and orientation rehabilitation training program for blinded Veterans. Today, 70 years later, we’re still making great strides in prosthetics. Take a look at some of our most recent accomplishments in the field, and pursue your opportunity to build on our success.

2007: Unveiled the first powered ankle-foot prosthesis, as part of a team with researchers at MIT and Brown University.

2013: Reported on new technology to help restore the sense of touch for those who have lost an upper limb and use an artificial hand.

2014: Published results of a study on how users and clinicians feel about the DEKA arm, the first prosthetic arm capable of performing multiple simultaneous powered movements.

2015: Invented a wheelchair that allows users to crank up the push rims to a standing position, providing them with increased functionality and independence.

Began the first human study in the United States to investigate osseointegrated prosthetics, in which implants are firmly anchored in place by integrated implanted material in living bone.

2016: Determined that knee replacement surgery could benefit some patients aged 85 and older.

Through contributions like these, employees here are improving quality of life for Veterans and their families throughout America. It’s a great way to give back to those who’ve given so much for our country.

If you’d like to do the same, explore our available positions and apply for one today.