Each Veteran has “Borne the Battle.” VA’s podcast shares their stories. 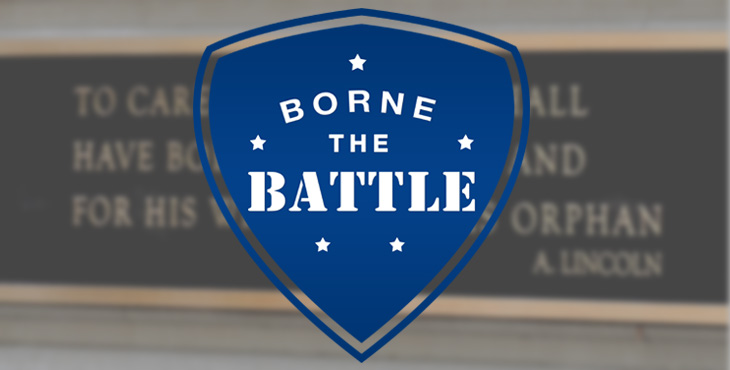 VA’s podcast “This Week at VA” debuted last year on Veterans Day – sparking some interesting conversations and lessons learned over the course of 55 episodes. Some of my favorite interviews include those with legendary Duke basketball coach, Mike Krzyzewski; Got Your Six Executive Director Bill Rausch and 2017’s Student Veteran of the Year Kate Tillotson, a Marine Corps Veteran attending University of Tulsa.

The coming year is shaping up to be an even better year with more content, more useful information and some meaningful change. Moving forward, the title of the podcast will be “Borne the Battle.”

When “This Week at VA” debuted, it was intended to be a review of what was happening around VA and feature powerful Veteran stories. Over the course of the year, I realized the stories were the true value of the show. The podcast is about Veterans: their service, their lives and the struggles that lie somewhere in between. Recognizing each battle, challenge and sacrifice our Veterans endure during and after their service led to the podcast transforming to “Borne the Battle.”

For those of you who may be unfamiliar with those words, they are a reference to VA’s motto, which was taken from Abraham Lincoln’s second inaugural address, given near the end of Civil War. Lincoln called on our nation “To care for him who shall have borne the battle and for his widow, and his orphan.”

I believe many Veterans can resonate with these definitions and apply their own story to how they “borne the battle.” Borne, is the past participle of “bear,” which can mean to carry, support or endure. A battle, while traditionally referring to war and combat, can be defined as to fight or struggle tenaciously to achieve or resist something.

Extending Lincoln’s sentiments into modern era, that includes men and women alike as well as combat and non-combat Veterans, each of us face our own battles when we leave the military. The struggles we bear are often a direct result of military service and is not strictly limited to combat.

“Borne the Battle” is inclusive to all Veterans. And with the new name, also comes additional programming. Each Monday we release a “Benefits Breakdown” where we go over a benefit, resource, program office or a part of VA that Veterans and their caregivers should know about. These episodes will strive to get deeper into the topic than the shorter segments included in our original program. We will still publish our traditional episode with a feature interview each Wednesday.

I look forward to bringing you new, important content through “Borne the Battle” and hope our audience will continue to benefit from these stories. Stay tuned all week as we will be releasing a podcast each day. To kick off the week of Veterans Day and our new “Benefits Breakdown” program, listen to the episode below, which takes a look at explore.va.gov.