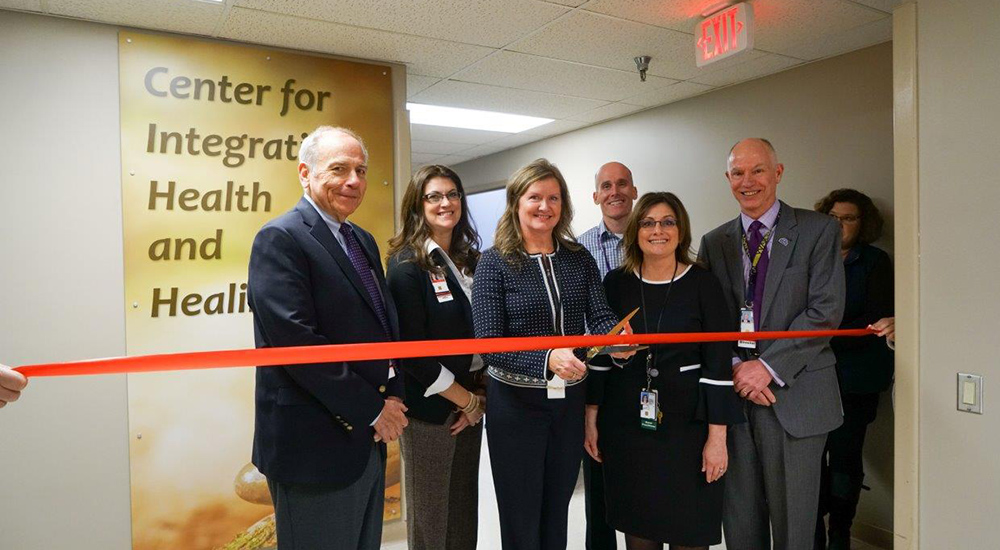 Just a few years ago, the new Minneapolis VA Health Care System’s “Integrative Center for Health & Healing” wasn’t something the traditional VA would have likely endorsed.

In fact, its services – Yoga, Tai chi, mindfulness, acupuncture and the use of essential oils – weren’t offered there or at most VA facilities.

But VA’s new emphasis on “Veteran-centric” care has resulted in a sea change of attitudes toward   therapies that were once called “alternative” or “complimentary.”

At the same time, those non-traditional therapies have become “evidence-based,” which means there are documented studies showing effectiveness.

In 2015, the Minneapolis VA published a major study of the effectiveness of mindfulness for the treatment of PTSD in the prestigious Journal of the American Medical Association (JAMA).

There has been an increasing demand from patients.  According to the National Center for Complementary and Integrative Health of the National Institutes of Health, more than 30 percent of American adults use health care approaches developed outside of mainstream conventional medicine

On December 12, 2017, the Minneapolis VA Medical Center (VAMC) celebrated the opening of the new Integrative Center for Health & Healing, located in three rooms (two for therapy, one for administration), totaling 1,600 square feet. The space was previously used as “wet laboratories” by the Research Service.

“Although the space is relatively small, the impact on Veterans’ lives will be powerful,” said Director Patrick Kelly at the opening ceremony, which drew several hundred staff, news media members and congressional aides.

Kelly acknowledged the efforts of the Physical Medicine/Rehabilitation Service, led by chief Mike Armstrong, M.D., and nurse practitioners Laurie Kubes and Judy Wagner who provided the impetus for the center and have served as wellness instructors for several years.

“We are deeply honored to be expanding clinical services for Veterans,” Kubes said.  Previously, these services were offered in a patchwork of rooms in various areas of the Minneapolis VAMC.

Kubes added that there has been an overwhelmingly positive response from providers to provide integrative health services.

Patients who participate in the Healing Center must be referred by their primary care provider.

Here’s a short summary of the services: