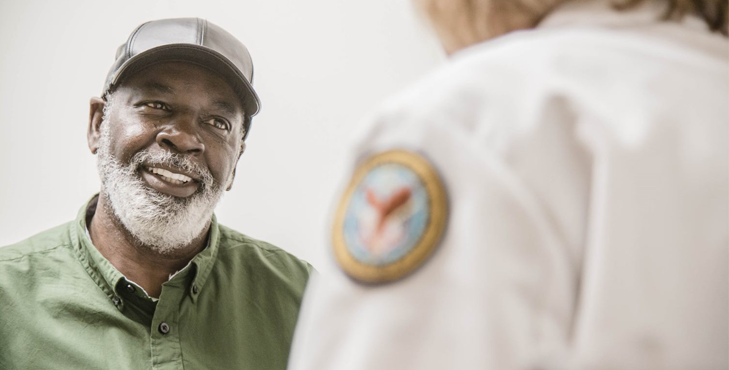 For Dr. Stephen Gau, an emergency medicine physician at the U.S. Department of Veterans Affairs (VA) Loma Linda Healthcare System, a recent encounter with a Veteran confirmed a key benefit of his choice of a VA career: the ability to spend more time with patients.

Despite recently documented progress in reducing wait times since the Phoenix controversy erupted in 2014, Dr. Gau said his patients often voice concerns about VA care. One of Dr. Gau’s patients, frustrated and frightened after a diagnosis of metastatic cancer, even asked, “Is this going to be another Phoenix?”

It was sea change compared with Dr. Gau’s experience in the private sector, and an eye-opener for the patient. “I don’t know if I would have had that kind of time in the community (hospital) — to really talk to a patient and really explain what was going on and relieve his fear,” he said.

Wait times are down, study shows

This anecdote shines a light on how VA’s effort to reduce patient wait times in primary care and other specialty care services — in part through increased access to care — can manifest at the patient level.

Broader data from the Journal of the American Medical Association (JAMA) confirm that service improvements are happening VA-wide. The study, released Jan. 18, 2019, found that, in 2017, VA physicians, including primary care doctors and cardiologists, saw patients 12 days sooner than their private-sector counterparts.

VA Secretary Robert Wilkie said the study results confirm that systematic changes are working. “Since 2014, VA has made a concerted, transparent effort to improve access to care,” he said in a statement.

The study, “Comparison of Wait Times for New Patients Between the Private Sector and United States Department of Veterans Affairs Medical Centers,” looked at VA and private-sector hospital wait-time data across 15 major metropolitan areas. In 2017, average wait times were significantly shorter for VA compared with private hospitals, in primary care, cardiology and dermatology. (Orthopedic wait times were longer for VA in both 2014 and 2017, although they were down during the study period.)

The study affirmed additional progress in cutting wait times since 2014 cited by Wilkie in December 2018 testimony before a joint session of the House and Senate Veterans Affairs’ committees.

Wilkie also credited VA’s workforce for improving services across the board and committed to using the tools of the VA MISSION Act to recruit and retain talented healthcare providers, including additional hiring resources and incentives.

Dr. Gau, who moved to VA from a private sector hospital six months ago, said it was the Veteran-centric mission and the sizable benefits that ultimately lured him to government service. More time with patients has been an added benefit.

It’s a career choice he doesn’t regret. “I tell you what, it’s been a really positive experience for me,” he said.

Physicians like Dr. Gau find that choosing a VA career means being able to deliver the highest quality healthcare in a time frame that works for Veterans and providers. See if a VA career as a physician is the right choice for you, too.