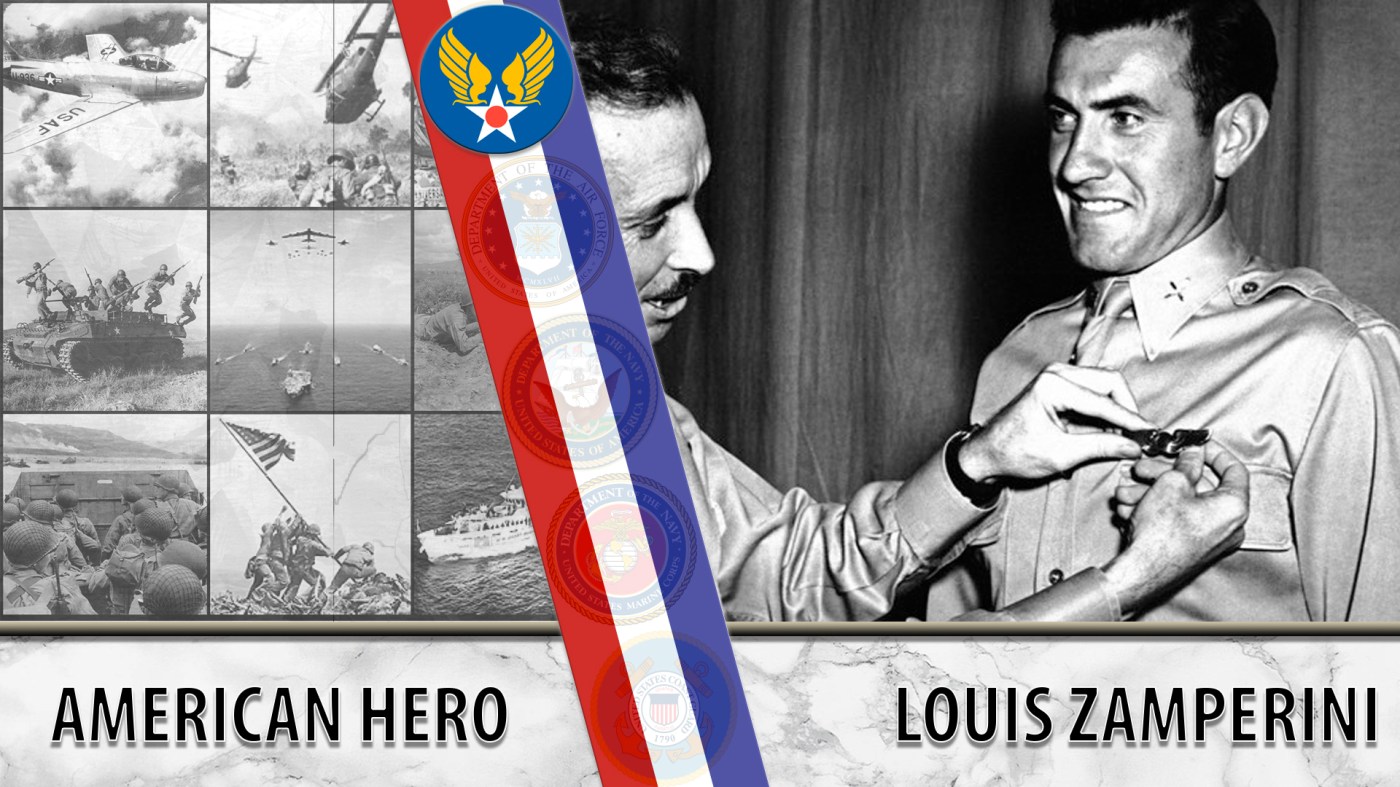 Track star Louis Zamperini served in the U.S. Army Air Force during World War II and suffered as a prisoner of war in Japan under the “The Bird.”

In 1936, a 19-year-old track star from Torrance, California, placed eighth in the 5000-meter dash at the Berlin Olympics. Although he didn’t medal, Louis Zamperini became known as “the boy with the fast finish,” and instantly became a favorite for the 1940 Tokyo games.

With the outbreak of the Second Sino-Japanese War in 1937, the International Olympic Committee revoked the 1940 games from Japan and re-scheduled the games to Helsinki, Finland. The 1940 Olympics were ultimately canceled when war broke out on the European continent.

Louis Zamperini never imagined that he’d arrive in Japan seven years later, not as an Olympic athlete, but a prisoner of war. His journey first began in January 1917, thousands of miles away, when he was born to Italian immigrants in Olean, New York. Soon thereafter, his family moved to Torrance, California, where, in school, Zamperini would join the track team and discover a talent and passion for running.

At the Los Angeles Coliseum in 1934, Zamperini set the national high school mile record with a time of 4 minutes and 21.2 seconds, a record that was unbroken for 20 years. The “Torrance Tornado” soon received a scholarship to the University of Southern California.

In 1936, Zamperini ran in the U.S. Olympic trials for the 5000-meter run on Randall’s Island in New York City. He finished in a dead heat with the then-world record holder Don Lash, which qualified him for the 1936 Olympics in Berlin. At USC in 1938, he broke the NCAA mile record with a time of 4 minutes and 8.3 seconds, a record that lasted 15 years

Soon after the cancellation of the 1940 Tokyo Olympics, Zamperini enlisted in the U.S. Army Air Force in 1941 and served as a B-24 Liberator bombardier in the 372nd Bomb Squadron.

Flying a craft nicknamed “Super Man,” the “Torrance Tornado” flew several missions and narrowly escaped disaster on many of them. During an air raid on Wake Island in December 1942, Zamperini, whose plane was slowly running out of fuel, managed to make it back to Midway Atoll.

Another time, during a bombing run over the island of Nauru, Japanese Zero fighter planes attacked his B-24, wounding several crewmen and killing one. While hydraulic fluid leaked from the battered plane, the crew made an emergency landing on the island of Funafuti. They later learned that their plane endured 600 holes from enemy gunfire and shrapnel.

It was on the search and rescue mission of May 27, 1943, that Zamperini would survive the power failure of two engines while aboard the Green Hornet, but at the cost of his freedom. The crash killed eight of 11 crewmen. Among the three survivors were 1st Lt. Zamperini, pilot 2nd Lt. Russell Allen Phillips and tail gunner Sgt. Francis McNamara. The three men stayed afloat in a pair of life rafts, surviving on rainwater and albatross, and warding off machine gun strafing from passing Japanese planes. McNamara died after 33 days while Zamperini and Allen were captured two weeks later by the Japanese off the coast of the Marshall Islands—2000 miles away from the crash site.

The then-75 pounds Zamperini was held for six weeks on Kwajalein Atoll and transferred to multiple interrogation centers and Prisoner of War camps. For two long years he suffered psychological and physical abuse at the hands of cruel prison guards and the sadistic Sgt. Mutsuhiro “The Bird” Watanabe. He was declared dead to his parents in a June 1943 telegram. Meanwhile, the former track star, Watanabe’s “number one prisoner,” was spared from execution but served as a propaganda tool. When he refused to comply after being forced to make radio broadcasts at the Ofuna interrogation center, he was immediately sent back to Watanabe on the mainland and subjected to more abuse.

Liberation finally took place in September 1945. After years of malnourishment and torture, Zamperini could not be a runner anymore. After finding solace in Christianity at a Billy Graham sermon, however, he returned to Japan as a missionary in 1950 and forgave his former captors imprisoned at Sugamo. Watanabe, one of the top 40 war criminals in Japan sought by America, refused to meet him. Unhindered, Zamperini later travelled across the U.S. as an inspirational speaker and established the Victory Boys Camp, a wilderness camp for troubled youths. 50 years after breaking the national high school mile record, Zamperini made a triumphant return to the Los Angeles Coliseum to carry the Olympic torch in 1984. In 1988, he ran a leg of the Olympic torch relay at the Nagano winter games.

Zamperini recounts his story in two autobiographies, both titled Devil at My Heels, published in 1956 and 2003. His story was also documented in Laura Hillenbrand’s biography Unbroken: A World War II Story of Survival, Resilience, and Redemption and the 2014 film Unbroken directed by Angelina Jolie. Zamperini died in July 2014. The University of Southern California dedicated the Louis Zamperini Plaza in honor of the “Torrance Tornado.”