#OperationSong: “I Fly” by Sam French 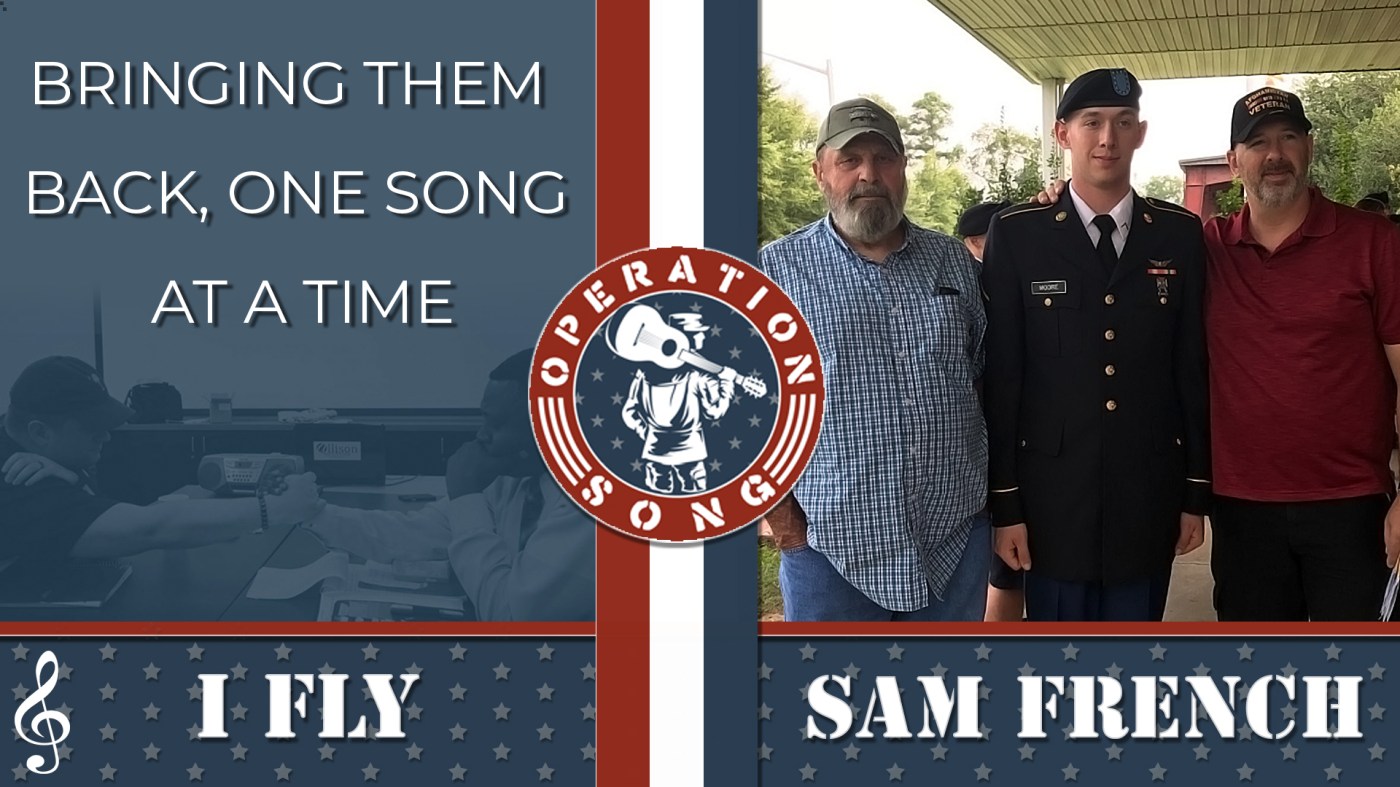 In his song, “I Fly”, Vietnam Veteran Sam French sings about what he felt when looking down at farmers from his Chinook in Vietnam.

Army Veteran Sam French co-wrote “I Fly” with Don Goodman and Matt Dame. The song opens with French remembering that, like most males of his generation, he was drafted into service. French was just 21 in 1969, and he “wanted to have a choice, didn’t want to be one of those front line-boys.”

French describes the burden of working as a flight engineer in wartime. He describes flying over the jungle looking down, trying “not to see the family I left in Indiana when I pushed the barrels out the door.” He admits that he is now “afraid to go to sleep at night because every time I close my eyes, I fly.”

His wife, Marlene, spoke about the timing of her husband’s involvement with #OperationSong. French had suffered a heart attack, requiring open-heart surgery. Marlene said #OperationSong was the best distraction for her husband’s recovery and that it was a reason for him to keep going.

“If the Veteran is putting his story into a song, I feel like he wants to open up about it,” she said. “Whether he already has, or whether this is his first time, finally just coming out and saying, ‘This is how it was, this is what happened.’”

“I Fly” is a plainspoken remembrance of war’s casualties. Toward the end of the song,French’s tone changes. He explains how the image of his plane, and him pushing out barrels, was difficult for him to talk about, that he’ll always struggle with his memories of Vietnam and the hardships that came with it. But, as it closes, he confides: “Vietnam was long ago. I’m seventy-one and feeling old. Ain’t many years left in this life, but if my country needed me to fight, I’d fly.”

Operation Song is a non-profit based in Nashville, Tenn., that partners professional songwriters with Veterans, active military, and their families to help them tell their stories through song. Since 2012, they have written over 600 songs with WWII Veterans to those currently serving. They hold weekly workshops in Middle Tennessee and sponsor events and group retreats throughout the U.S. Those who serve need no musical background, only the desire to tell their story. If you are interested in learning more about Operation Song or hearing more songs, please visit: http://www.operationsong.org/.