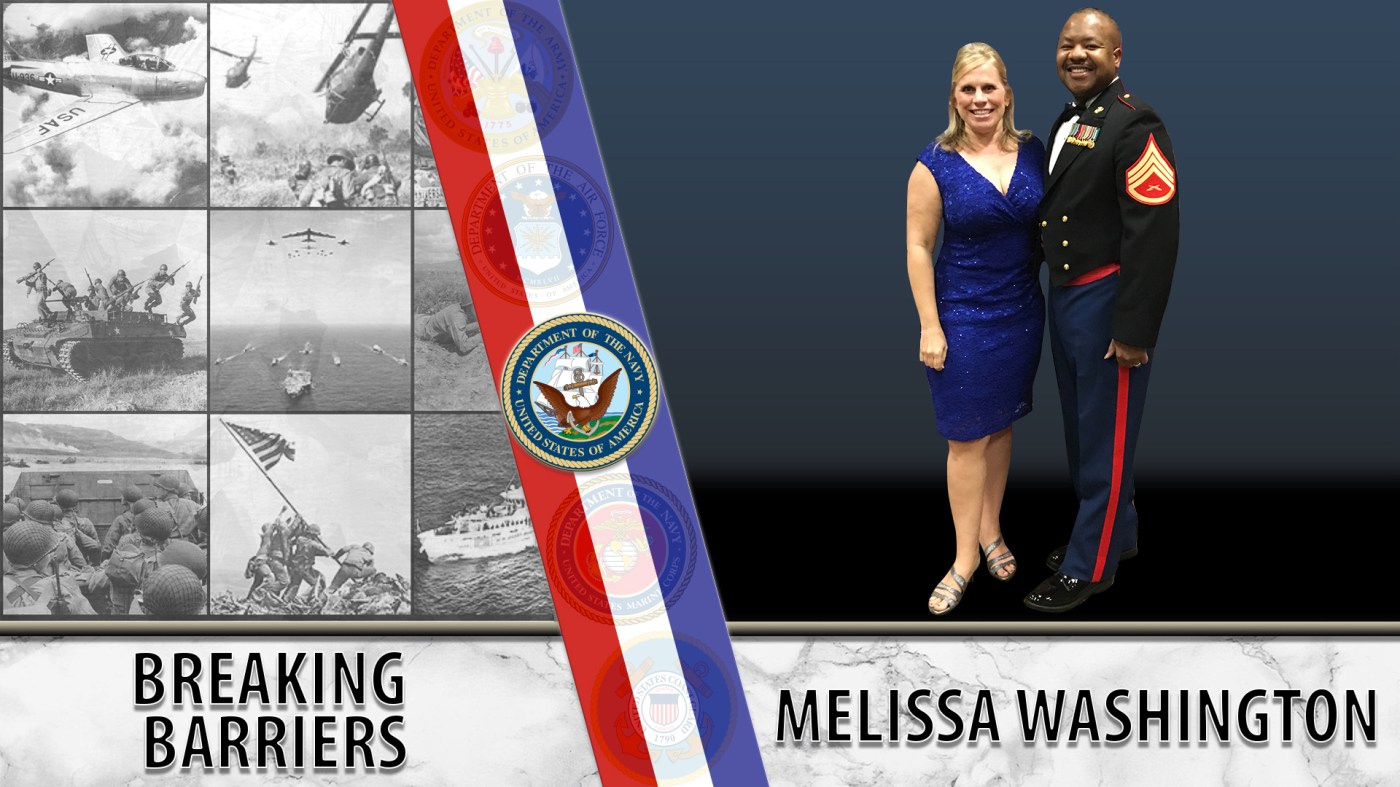 Navy Veteran Melissa A. Washington was inspired by her experiences with LinkedIn to found a company that promotes career preparation. She later founded two groups for female Veterans after realizing female Veterans needed encouragement and empowerment in the workforce.

Storekeeper Melissa Washington faced many challenges throughout her professional career. After enlisting in the Navy in September 1991, she spent six months aboard the USS Grapple on a Mediterranean cruise assignment, which involved salvaging items that had crashed or sunk into the ocean. In 1992, she served on the USS Acadia and supported ships off the coast of Somalia during Operation Restore Hope. Toward the end of her active service, she met her husband, who was in the Marine Corps. When they married and had children, she was serving in the Navy Reserve but eventually chose to leave the service in 1999.

After leaving the military, Washington earned a bachelor’s degree in business management. She then worked in recruiting and human resources for both boutique agencies and global Fortune 500 companies. But in the aftermath of the 2008 stock market crash, Washington was laid off from her job in 2009. Despite this setback, she was determined to keep moving forward. While working for the career service LinkedIn, Washington realized the potential the site offered for women like herself and wanted to spread the word about its opportunities.

Washington’s experience with LinkedIn inspired her to found the company, Melissa Washington, Inc., which provides consulting services for businesses and individuals that use LinkedIn for researching, recruiting, job seeking and collaborating.

“In today’s world, having an online presence is essential,” Washington said in a 2019 interview with Creators.com. “On LinkedIn, once you create a profile, you have created your online brand, which allows you to market yourself, in addition to your business. It gives you credibility, whether you are looking for a job or looking to do business with someone. It’s a gold mine of data. With LinkedIn, it becomes about who you know, and they know.”

In 2015, Washington founded the Women Veterans Alliance after she saw a need to bring female Veterans together.

Washington believes that part of the reason why female Veterans struggle to transition to the workforce “[has] to do with women Veterans not understanding their “full worth” and how all of their great skills and attributes can be transferred into a career. But there are ways to combat this, she says: getting women connected with mentors even before they get out of the service, helping women to better understand the types of opportunities that are out there in all sectors and connecting women directly with employers (hiring managers and recruiters).”

In 2019, Washington was recognized by VA as one of 15 female Veterans in “Trailblazers: Women Breaking Barriers.” The campaign highlights inspiring women like Washington to increase the awareness of women Veterans and the unique issues they face.