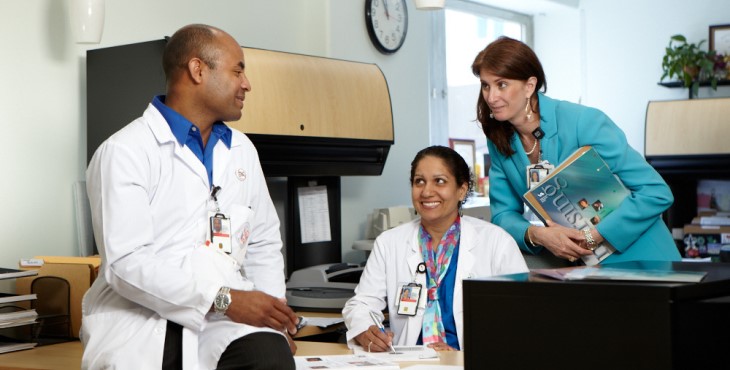 But these VA trailblazers deserve to be remembered for the great strides they made toward equality in health care leading up to and during the Civil Rights Movement.

Since these beginnings, VA has continued its commitment to hiring a diverse workforce. To be able to truly serve our Veterans, VA must cultivate an inclusive and welcoming environment for employees from all backgrounds.

“We are all on the same team, and diversity makes us all better,” said Darren Sherrard, associate director of recruitment marketing at VA.

In 1924, Ward became VA’s first African American hospital director at the nation’s only segregated Veteran hospital in Alabama. He served there until his retirement in 1936. A World War I Veteran, Ward lived long enough to see the end of racial segregation in VA hospitals in 1954.

John Kenney was one of the hospital’s first physicians. He fought to have it staffed with African American medical professionals. Later forced to move to New Jersey due to threats to his life and family, Kenney went on to use his own money to build a hospital for African American patients.

VA celebrates these heroes who not only served other American heroes at VA but worked to break down barriers.

Continuing a culture of community

VA embraces inclusion and empowers employees to perform to their highest potential. Maintaining this culture of support and community allows employees to feel appreciated and respected. Only then can they provide exceptional care for the nation’s Veterans.

“There is strength in diversity,” said Cathy Mattox, a VA utilization management review registered nurse. “Every nurse brings something to the table; each one of their skillsets and individual experiences are valuable.”

Through VA’s Office of Resolution Management, Diversity and Inclusion, several special-emphasis programs focus on recruiting specific populations, including black/African American, Hispanic, LGBT and individuals with disabilities. The Diversity and Inclusion in VA Council, an independent, executive-level body, advises the VA Secretary about issues related to diversity and inclusion.

If you’re interested in being part of a diverse organization that gives back to America’s Veterans, consider joining our team.