Home / AVS / Phillis Abry: Who I Really Was

Phillis Abry: Who I Really Was 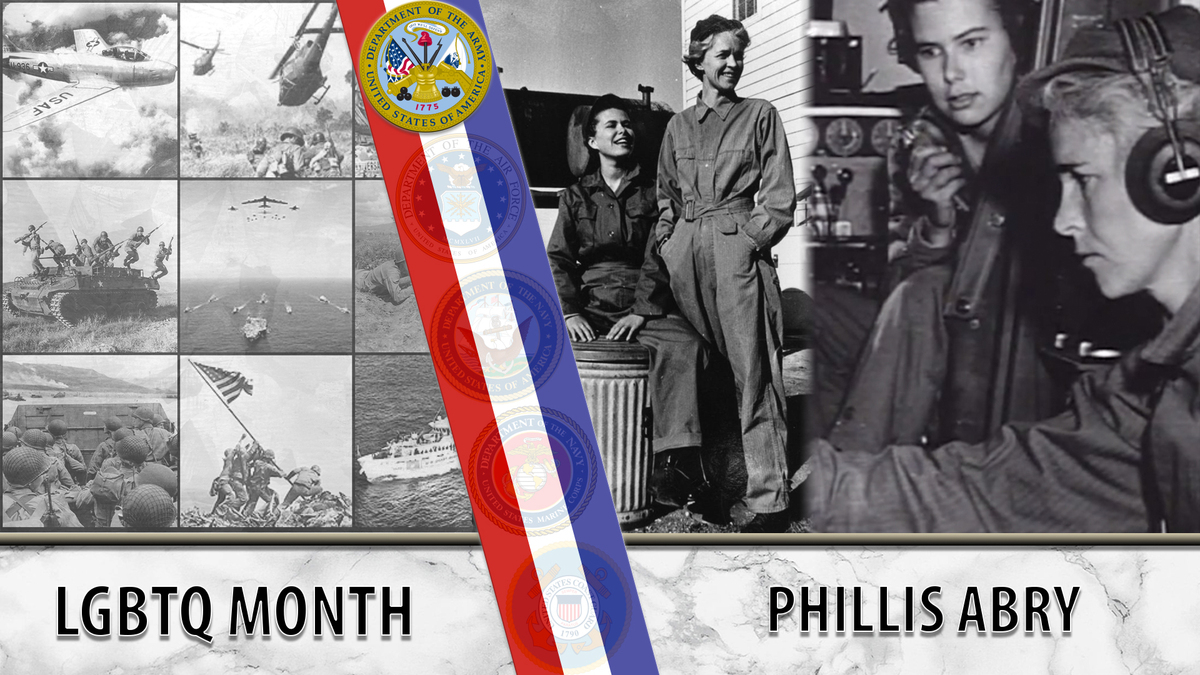 Phillis Abry enlisted in the Women’s Auxiliary Army Corps (WAAC) in 1943 and met her lover Mildred, with whom she worked on radio repair and WAAC recruiting.

As a teenager, Phillis Abry was expelled from her private high school after it found a love letter she wrote to another girl. She was kicked out of her father’s house as a result and moved in with her mother in New York City. Later she went to work as a lab technician in Princeton, N.J.

When she was old enough to serve, Abry hid her sexuality during the Women’s Auxiliary Army Corps (WAAC) recruitment process. During examination, one of the questions asked of female recruits was, “Do you have sex with men?” When Abry said that she did not, they asked her why not. “’Well, I was brought up to believe that one didn’t have sex until they were married,’ and that was a perfectly acceptable answer,” she said, in a documentary interview.

Abry started basic training in Des Moines, Iowa. She recalled enjoying wearing a uniform. In a 1995 interview for the documentary Coming Out under Fire, she said “It wasn’t very obvious if you were a little bit butchy. I mean, we were all a little butchy, I guess.” Being in the WAAC helped her meet other lesbians as well.

After basic training, Abry left for the United Radio Television Institute in Newark, N.J., for a radio repair course. It was there that she met fellow WAAC, Mildred. “Over a period of maybe two or three weeks, we finally established that we were both gay and then started a romance,” she said. It was Mildred who arranged for the couple to be sent to South Plains Army Air Field in Lubbock, Texas in July 1943.

In the winter 1944, Abry served as a WAAC recruiter in Santa Fe, N.M. When she and Mildred were later photographed repairing a radio for a WAAC recruiting poster, Abry said she found the experience silly: “They chose us for [recruiting purposes] and here we were lovers.”

When the war ended, Abry struggled to conform to postwar gender standards. “I didn’t know that I could be a successful woman and live the kind of life I wanted to live unless I got married. That’s what we were all brought up to believe,” she said.

Though she and Mildred lived together after they left the service, their relationship ended when Abry left for college at the University of Nevada in Reno, Nevada. While there, she met Abe Kaplan, the man she married after graduating in 1950. Abry continued graduate work at the University of the Pacific in Stockton, Calif., and later worked for the Esalen Institute and as a real estate agent.

She and Kaplan had four children together, but Abry never forgot her experiences during the war. “I couldn’t ever forget who I really was,” she explained. In 2000, her interviews were featured in a book called Coming Out Under Fire.

Quotes and information sourced for this story are hyperlinked in the text.