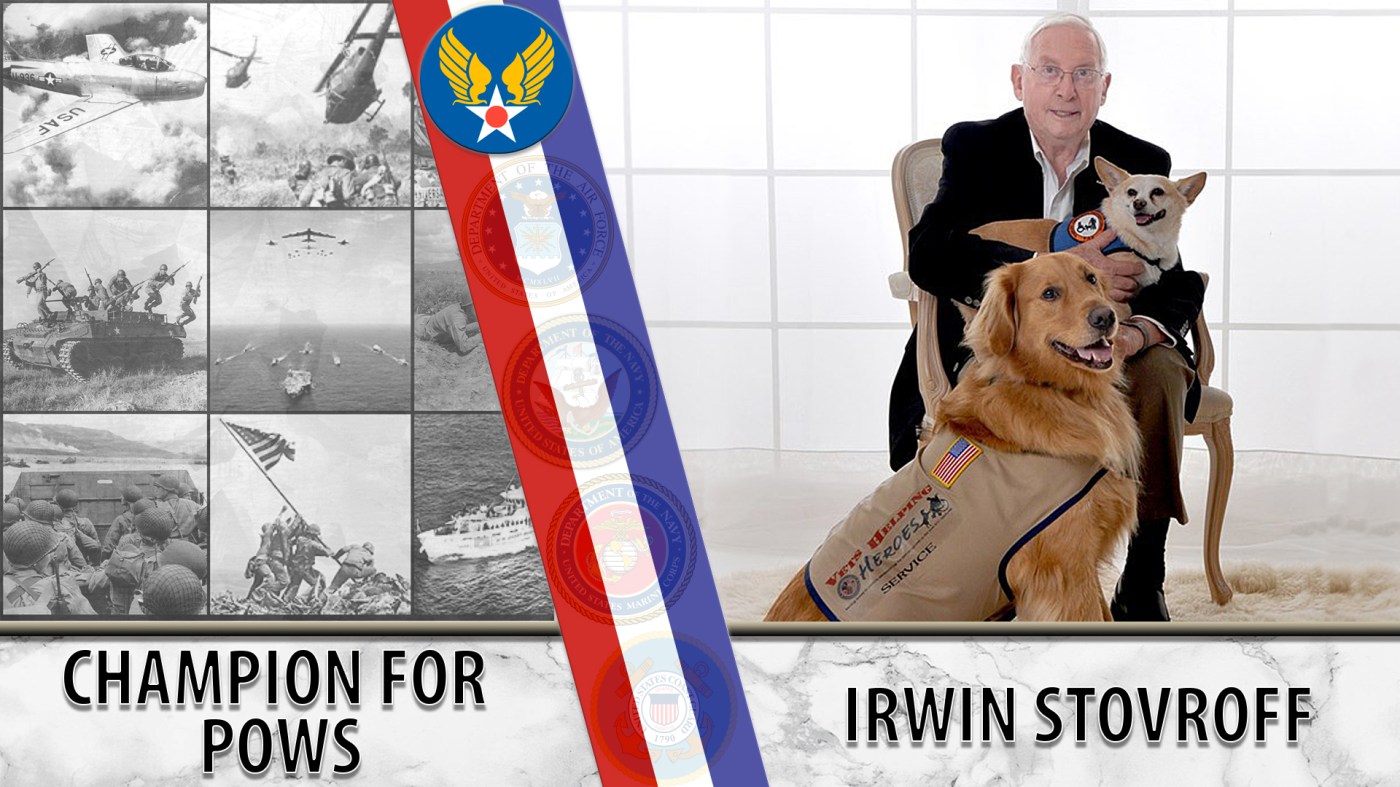 Irwin Stovroff flew bombing missions in Europe during WW2. During his final mission, he was shot down in France and became a prisoner of war.

When the United States entered World War II, Irwin Stovroff wanted to serve. He enlisted in the Army Air Corps in 1942 and went to basic training at Kelly Field in San Antonio, Texas. After being assigned to the 8th Air Force as part of the 506th Squadron, Stovroff deployed to England.

In England, Stovroff joined the 44th Bomb Group, which flew bombing missions on strategic targets in France, Italy, the Netherlands and Germany. Stovroff recalled that the Army Air Corpsmen were treated well due to the dangerous nature of their missions.

“We were very fortunate,” Stovroff recalled in an interview for the Library of Congress’ Veterans History Project. “That was the nicest part about being in the Air Corps. If you flew a mission… you were at least able to relax after your mission… until maybe two, three days later when you’d go out again.”

But during Stovroff’s final mission in France, his plane was hit by flak. It damaged the two engines and forced him to bail out. Shortly afterward, he and his crew were captured by the German Army. They were taken to Wetzlar, Germany, and interrogated about their squadron’s movements.

In an interview with his local NPR station, Stovroff replied: “I said, ‘I don’t understand.'”

The interrogator followed up: “’Well, you see, you lived on Claremont Avenue in Buffalo, New York. My parents lived on Ashland Avenue… and that was around the corner from you. And you were my parents’ newspaper boy.’”

Stovroff believed that the interrogator protected him by not recording his Jewish heritage on the prison record.

Later, Stovroff was taken by boxcar to the POW camp Stalag Luft I in Barth, Germany, where the Jewish soldiers were separated from the rest of the POWs. The Soviet Army liberated them in late April 1945, where he was eventually flown to France and returned to the U.S.

“Freedom is not free. A lot of us paid a big price for it. A lot of guys paid a bigger price, they died… I’m a lucky one,” he said of his experience as a POW.

After being honorably discharged from the Army Air Corps, Stovroff returned to Buffalo. He attended the University of Illinois, earning a bachelor’s degree, then worked for a family retail furniture business in Youngstown, Ohio. When he retired to Florida in 1998, Stovroff volunteered at the VA Medical Center in West Palm Beach, working with POWs like himself as well as blind Veterans entering rehabilitation.

In 2007, Stovroff started a nonprofit called Vets Helping Heroes. “Some of these Vets come back in such bad shape — without limbs or [with] loss of vision — and they just feel like giving up,” Stovroff told TODAY in 2016. “They want to be left alone and not have anything to do with their children or spouses. We then provide them with a service dog and it changes everything.”