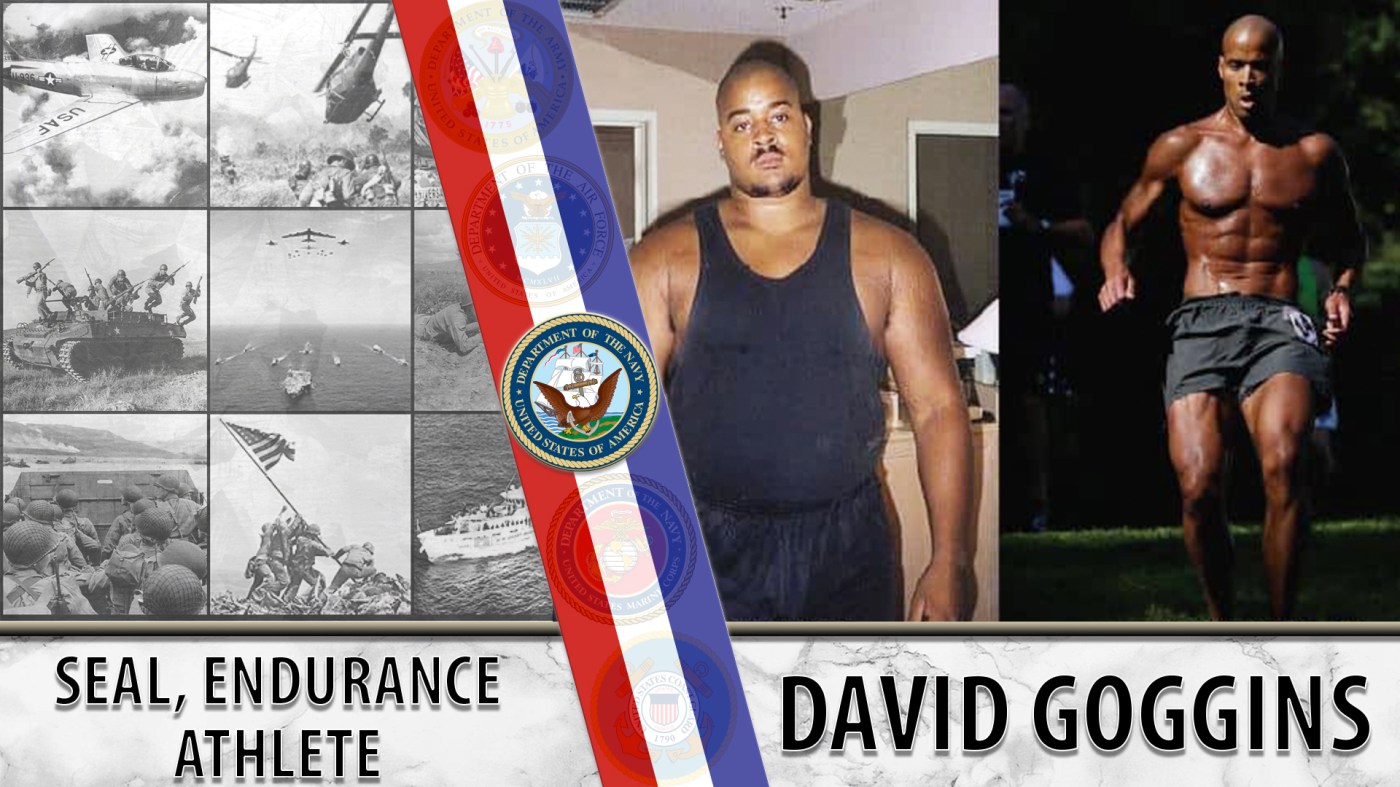 David Goggins wanted to join the Air Force as a pararescue airman, but his plan fell through when he was diagnosed with sickle cell anemia during training.

Goggins went on to serve as a member of the Air Force Tactical Air Control Party between 1994 and 1999. After leaving the Air Force, he aimed to become a Navy SEAL. Goggins made it to the SEAL’s hell week but failed after incurring a stress fracture and contracting pneumonia. Not wanting to give up, he pushed through another round of training, fracturing his kneecap before reaching hell week. Despite making it through the week, his injury kept him from keeping up with his peers.

Two weeks later, Goggins tried again. In 2001, he succeeded, graduating from BUD/S training with Class 235. He was assigned to SEAL Team FIVE.

Less than a month after the September 11 terrorist attacks, Goggins deployed to Iraq with his SEAL team. In 2004, he was the only SEAL in his class to graduate from Army Ranger School. He also graduated with the distinction of “Enlisted Honor Man.”

Goggins was devastated by the news. He wanted to help their families.

He soon found out about the Special Operations Warrior Foundation, which pays for college tuitions of children whose parents were special operators killed in combat. To raise money, Goggins decided to run races.

He learned about a race called the Badwater 135, a 135-mile continuous run across three mountain ranges in the extreme heat of Death Valley. Competitors are not allowed to sign up for the race; instead, they must be invited after proving that they can run 100 miles in 24 hours or less. Goggins decided to participate in a local 100-mile race in San Diego. Despite only having three days to prepare, he was able to complete the marathon in 19 hours and 6 seconds. He credits his success to the physical and mental conditioning that he developed while trying to become a SEAL.

In 2006, Goggins completed the Badwater 135 in 30 hours and 18 minutes, placing 5th overall. The following year, he placed 3rd, finishing the race in 25 hours and 49 minutes. Since then, Goggins has competed in over 60 marathons, ultra-marathons, triathlons, and ultra-triathlons while still competing in his 40s. He has set numerous course records and regularly places in the top five. He also was once the Guinness World Record holder for pull-ups, completing 4,030 in 17 hours.

Goggins is now a motivational speaker and author who gives lectures to high school students, professional athletes, and the employees of fortune 500 companies. In 2018 he published Can’t Hurt Me: Master Your Mind and Defy the Odds, an autobiography and self-help book that teaches readers how to apply 100% of their capabilities to push past their pain and fear.