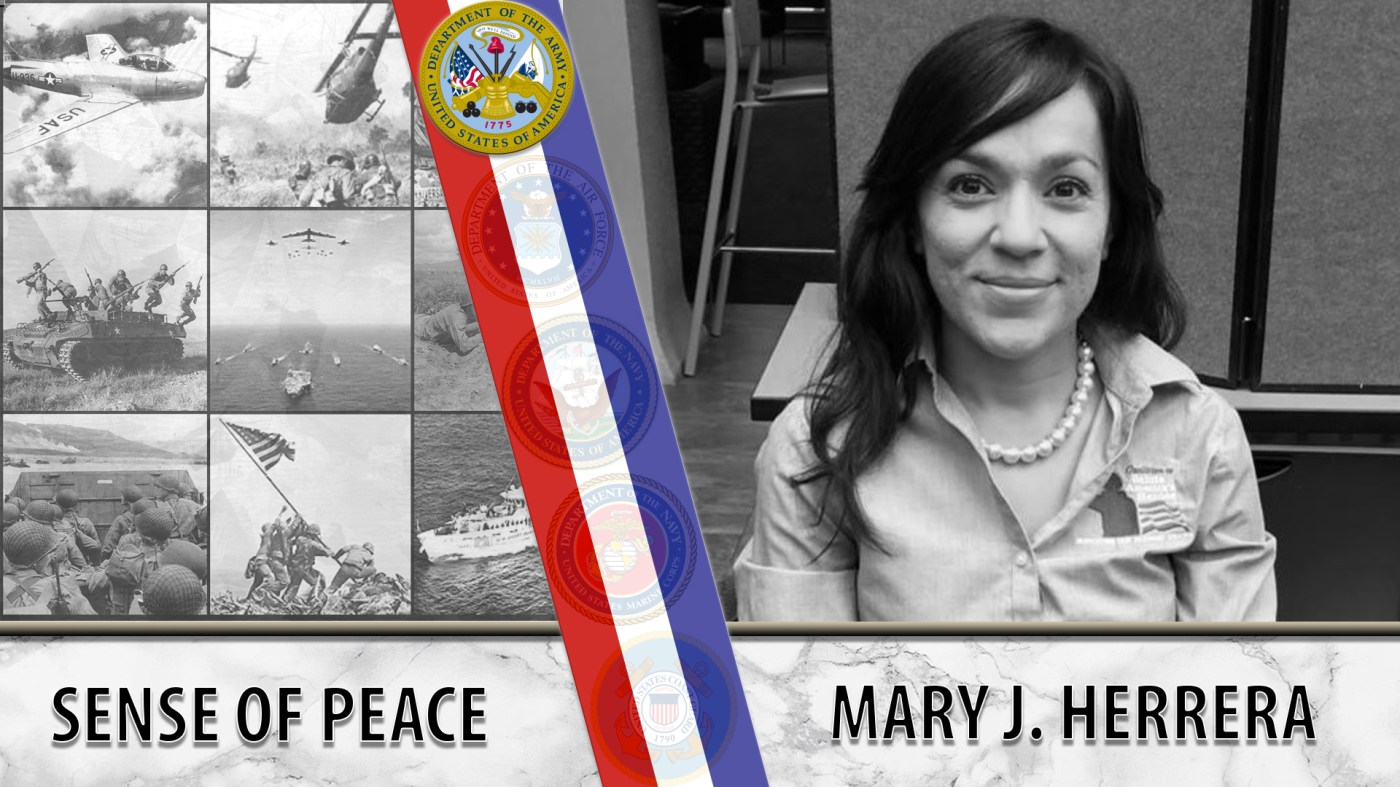 Army Veteran Mary J. Herrera was nearly killed in Iraq. Despite the loss of her right arm, Herrera is proud of her service.

Mary J. Herrera knew from a young age that she wanted to enlist in the military. She was raised in Somerton, Arizona, as a devout Catholic and strong patriot. Her grandparents taught her to always appreciate the opportunities of living in a free country.

Herrera enlisted to become an Army MP (Military Police). Before her time, Herrera said that MPs handled small-scale, local conflicts but that the role had increased to where “the MPs [were] engaged in military support missions, going on patrols and handling EPWs (enemy prisoners of war).”

The MP’s new scope was evident during Herrera’s deployment to Iraq. Her unit sat on the Iraq/Kuwait border when President Bush offered his ultimatum to Saddam Hussein. After the war started, she served with a quick reaction force (QRF), providing security escorts for convoys and taking care of EPWs. There, she interacted with the Iraqi people and learned basic Arabic. She also noticed how the Iraqi boys abused the girls, and watched how Iraqis suffered under Saddam’s dictatorship and constant conflict. It made her grateful for the privileges she enjoyed as an American. And, as a female soldier, Herrera appreciated the support she received from her fellow soldiers.

On Nov. 8, 2003, Herrera’s unit was traveling to Fallujah, Iraq, to deliver prisoners when they were attacked. Herrera was sitting at the turret in her Humvee and immediately started firing her weapon when she felt a slight sting in her arm. A bullet had passed through it. She continued to shoot until she felt another sharp pain, and then nothing at all in her arm as it fell numb into her lap. While the rest of the convoy fought through the ambush, one soldier stayed with Herrera to apply pressure to her wound. Herrera struggled to stay awake; she remembered feeling a “sense of peace” where “everything made sense” while her comrade struggled to keep her awake.

Herrera was airlifted to Fallujah, but her arm couldn’t be repaired. She was then sent to Germany, where she was told her arm would be amputated. Fortunately, this didn’t happen, and Herrera traveled again to Brooke Army Medical Center at Fort Sam Houston in San Antonio, Texas. Dr. Mark Bagg and his staff were able to reconstruct Herrera’s arm over the course of 20 operations. Herrera’s right arm is now held together with screws and plates, and though she has no feeling in her hand, she does maintain partial use of the arm. Herrera worked through these challenges and credits her faith as a part of her strength.

During Herrera’s operations in San Antonio, the Coalition to Salute America’s Heroes paid off her student loans. She was able to complete her bachelor’s degree and currently lives in Arizona, where she is raising her two daughters and working on her master’s degree. Despite her difficulties, Herrera is emboldened by her faith and is proud to have served her country.