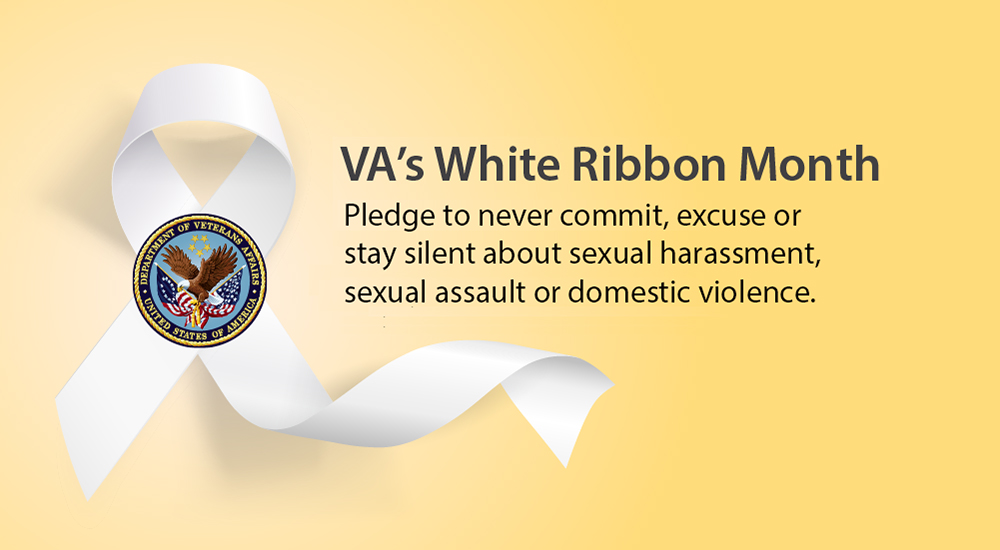 White Ribbon VA Month will be recognized by VA during October, which is also National Domestic Violence Awareness Month.

White Ribbon VA encourages both men and women to commit to help end violence against others and to proudly wear a white ribbon to represent their commitment. It is an opportunity for everyone to act, regardless of their gender. Be an Upstander, the person who stands up to prevent harm to others.

Someone you know has experienced violence

According to the Centers for Disease Control and Prevention, approximately 1 in 4 women and about 1 in 10 men have experienced sexual violence, physical violence, and/or stalking by an intimate partner during their lifetime. That equates to the likelihood that you know someone who has experienced violence or you have personally experienced it.

White Ribbon is the inspiration for White Ribbon VA. The national campaign is the world’s largest movement of men and boys working to end violence against women and girls. It is also meant to promote gender equity, healthy relationships and a new vision of masculinity.

The campaign began in Toronto in 1991. It has since spread to over 60 countries around the world, including college campuses, military bases and stations, and within a number of states across the country.

The campaign is a national call to action under VA’s Stand Up to Stop Harassment Now Campaign. The aim is to eliminate sexual harassment, sexual assault and domestic violence in VA health care settings and in the community. The goal is to promote a positive change in the culture that would allow actions from the pledge to become the norm.

Join us and participate in White Ribbon VA Month. Make the commitment to never commit, excuse, or stay silent about violence against others.

Lelia Jackson, FAC-P/PM, is a senior strategist with the Office of the Chief of Staff.