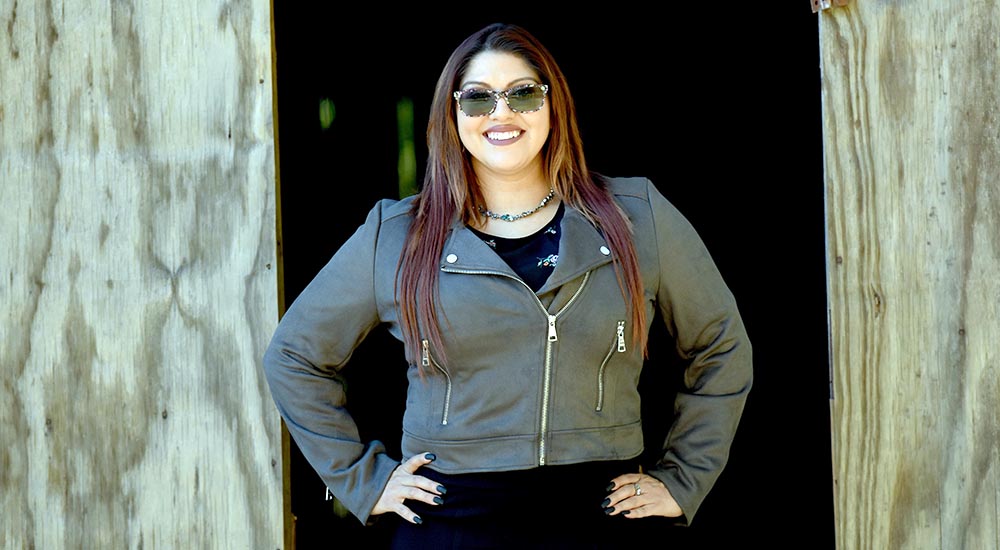 Benita Swinners grew up just outside Dallas and was raised by her single mother. It was just the two of them. As Swinners neared the end of high school, she met someone that would provide an opportunity to change her path in life.

“An Army recruiter approached me at school one day and I thought, You know what, let’s do this, so I signed up. I am my mom’s only child and I told her that I would be leaving. She cried so much. I’m her baby but I told her it was going to be for the best.”

On the 58th anniversary of D-Day, June 6, 2002, Swinners, the first person in her family to serve in the military, raised her right hand and took the oath to become a soldier.

Swinners deployed to Iraq in support of Operation Iraqi Freedom. A sense of duty, fear and the unknown came over her. She was expecting to face an enemy.

“When I got to Iraq, I was one of just three females in our unit. It was extremely difficult because we ended up getting attached to an infantry unit, which at that time was unheard of because infantry units hadn’t open to females.”

“Every day was tough emotionally.”

Life in a war zone circa 2004 was often a balance of monotonous preparation and waiting followed by moments of sheer terror.

“It was terrifying,” recalled. “Every single day was tough emotionally, wondering if you were going to make it to the next day. Every morning, I would hear the Islamic call to prayer and then I would hear mortar rounds. I was fearful to even walk around our forward operating base.”

What Swinners didn’t expect was that she would also face and fight an enemy face-to-face inside the perceived protection of being inside the wire at her base. It was a fight that wouldn’t end with a cease-fire call or removal from the battlefield. The fight would linger with her for years.

She was often harassed but tried to shake it off and proceed with her efforts to be the best soldier she could.

“I feared the enemy, but I knew the enemy wasn’t just the insurgents. It was also my fellow soldiers. It was difficult for all females because we didn’t have our own separate showers, so a female would have to pull guard for me. I had to carry a club with me just in case.”

Sexually assaulted but didn’t report it

Even with precautionary personal safety plans in place, it wasn’t enough. Swinners was sexually assaulted by another solider. She made the choice not to report the assault because she thought she was supposed to be “one of the guys” and that it would be easier to just deal with it.

“Unfortunately, I know what it’s like for your battle buddy to not be your true battle buddy. It was an enemy within the ranks.”

After returning from her tour in Iraq, Swinners had a hard time adjusting and not being recognized as a solider or a Veteran. She would get told by her fellow Soldiers and people she met in the community that she was too pretty or too young to have served.

“The clerk told me he needed the name of my husband because he was the Veteran, not me. I just left. I felt that all of my service was for naught.”

Now an advocate for her fellow women Veterans

It would take several years for Swinners to reengage with VA, her health and her benefits. She is now an advocate for her fellow women Veterans to use VA health care.

“I suffer from PTSD and anxiety like many Veterans. I may not look like a Veteran, I don’t look like a disabled Veteran, but I have invisible wounds.”

Swinners takes things day by day and is moving forward from her traumas. She has come to a point in her life, thanks to VA, where she can talk about it.

“I am a survivor of military sexual trauma in Iraq. It was a very difficult time to get through, but I did. Looking back now, I think, how did I do that?”

Swinners became the first person in her family to earn a college degree. In fact, she earned two. She became a certified Zumba instructor, a homeowner and a federal employee in the years since she left the military.

Despite everything she has endured, she has no regrets. She served her country proudly and credits her mother for always pushing her to be the best version of herself.

“I’m so glad I joined and served my country. With everything, there is always a risk. It will either break you or make you stronger. After all of this, I am still here.

“Even though I’m crying now, these aren’t tears of defeat. These are warrior tears. My invisible scars. I am a proud female Veteran and I am not invisible.”

"I Am Not Invisible" military sexual trauma MST PTSD