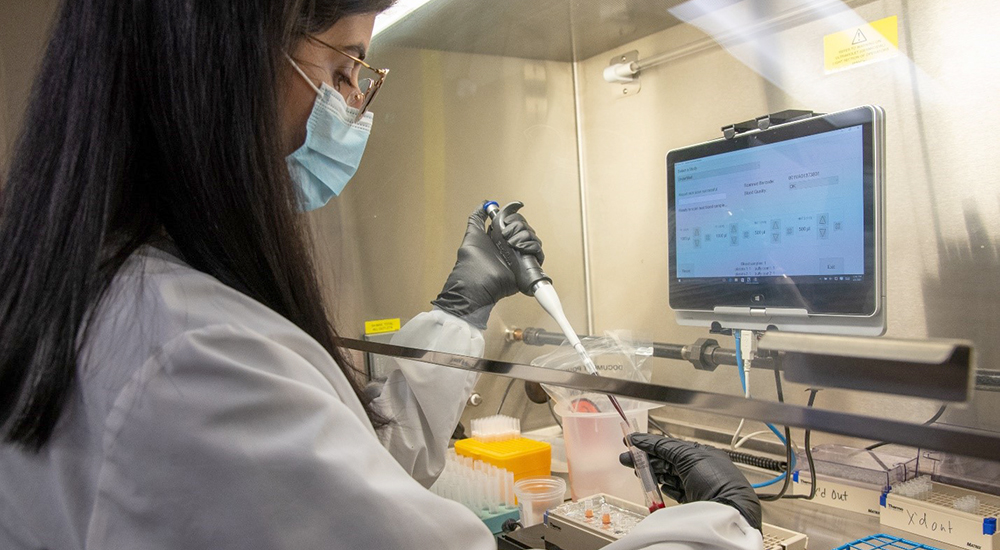 For 10 years, researchers at VA have been using gene discovery to better understand the importance of genes in the health and lives of Veterans.

Today, the Million Veteran Program is one of the world’s largest genetics-based research programs with over 830,000 Veterans enrolled.

VA researchers study these Veterans’ genes to better predict disease, match treatments and help all Veterans understand the role their genes play in their health. This information may lead to better treatment and preventative measures for chronic diseases like heart disease, cancer, and diabetes.

VA celebrates Dr. Rosaland Franklin, an English chemist who helped make genetic research possible. Her research led to the discovery of the double helix DNA molecule by James Watson and Francis Crick in 1953 and completion of the Human Genome Project in 2003, which is now celebrated as National DNA Day April 25th.

In 2011, VA announced the launch of the Million Veteran Program. The program is part of VA’s strategic plan to personalize medicine for all Veterans. The program supports research that will one day offer Veterans customized treatments and preventions based on their genes, health and lifestyle.

A leader in medical research

Since the mid-1900s, VA has been driving cutting-edge medical research. It invented the implantable pacemaker, discovered aspirin’s ability to reduce heart attacks and death, and completed the first-ever liver transplant.

Through the Million Veteran Program, VA is using a decade of genetics research to make a difference. VA is working to predict the risk of cancer and better understand mental illnesses, such as post-traumatic stress disorder and depression.

Thank you to every Veteran who has already joined MVP. And to the MVP research teams shining light on the role genetics, lifestyle, and military experiences play in our health.

Dr. Shakeria Cohen is an AAAS fellow for the Million Veteran Program.